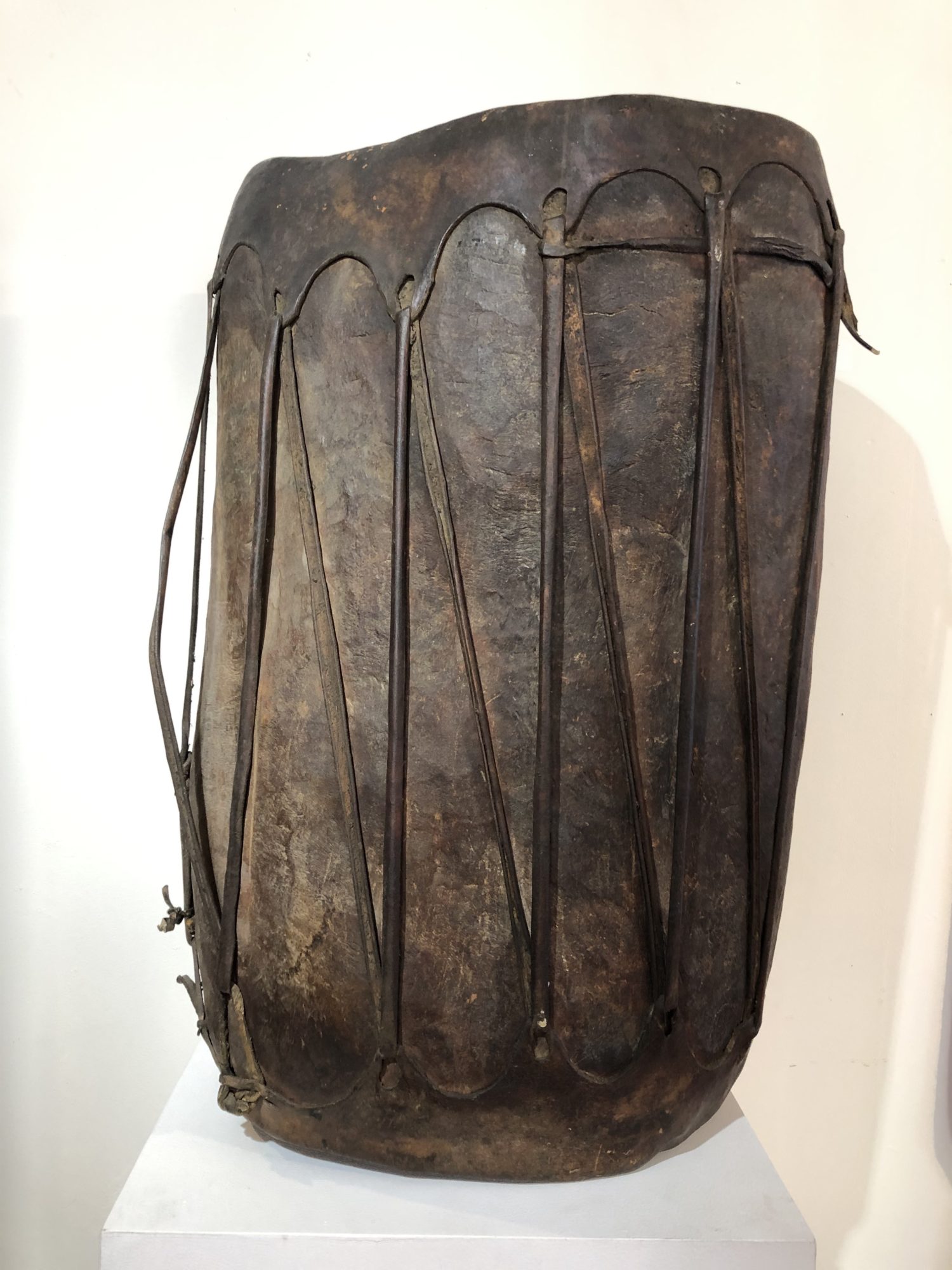 It is very rare to come across a Pueblo drum as early as this one. It came to me recently directly from a Pueblo person who had had it some time before getting it from another Pueblo person.  While dating these drums is not easy, I feel safe in saying that it is likely mid 19th C. if not earlier.  The drum measures 26″ tall, one base measures 12″ by 17″ and the other end, 12″ by 16″.  The drum, as well as the ends, are not round.  There is an elliptical, oblong shape to the drum that is more angular on one end than it is at the other. 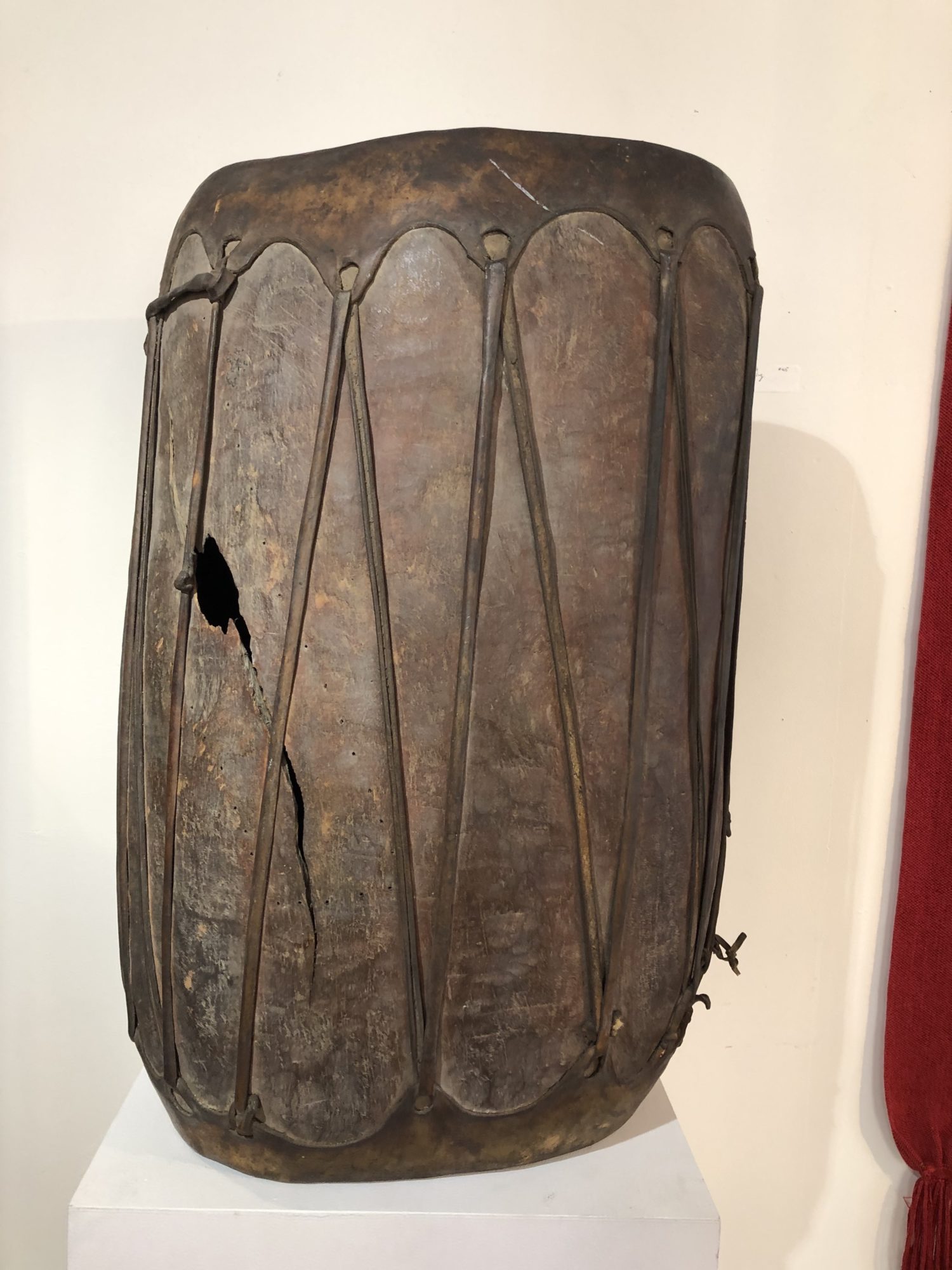 It appears that a reddish paint was added early on, if not originally. This color has mixed over time with a varied patina that speaks of a very old age.  The leather is thick, possibly buffalo or elk, and has hardened to a strong hold.  One of the straps has slacked over time, while another strap is missing, leaving a palimpsest of its earlier location, as seen in the below photo. 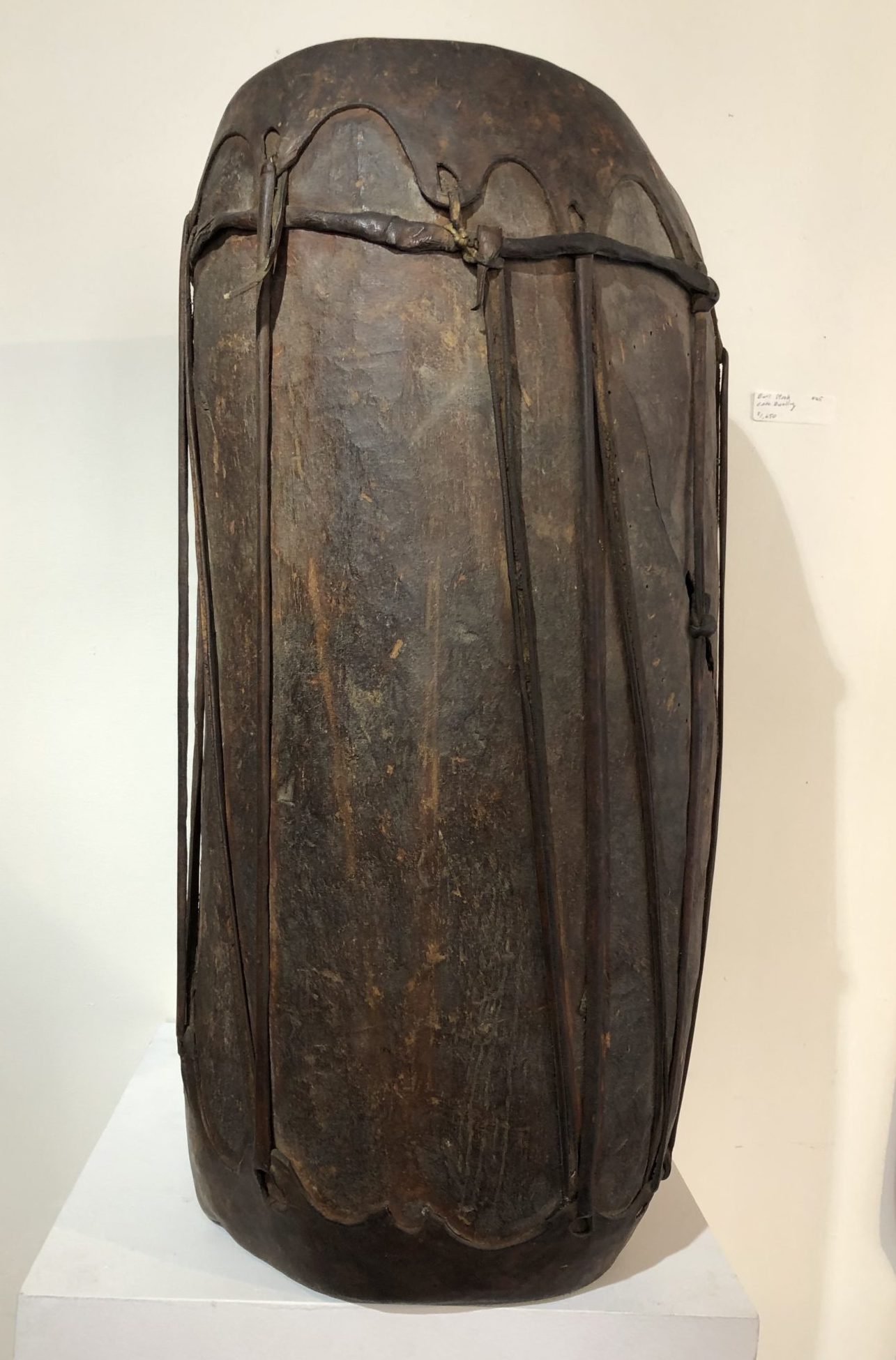 One side shows a hole that had an earlier mend that is now gone.  The hole has a central oblong portion that transitions quickly to two vertical cracks.  Looking closely, one can see the small holes giving evidence to the shape of the earlier mend.  The cracks both stop before reaching either base and appear to be secure. In both these below photos, one can see added leather straps going horizontal for better security.  These straps are also very old, if not close to the same age as the original hide. 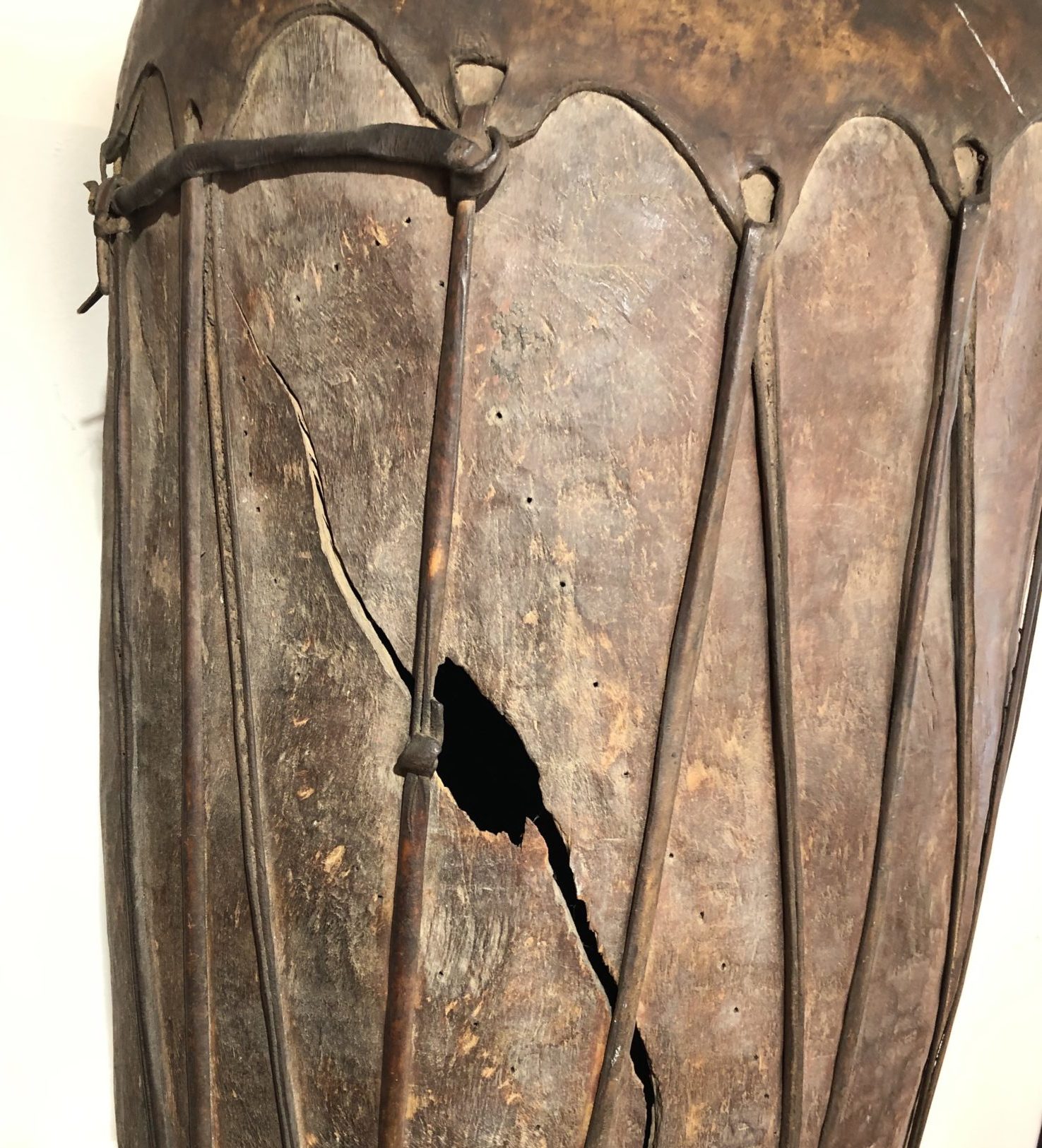 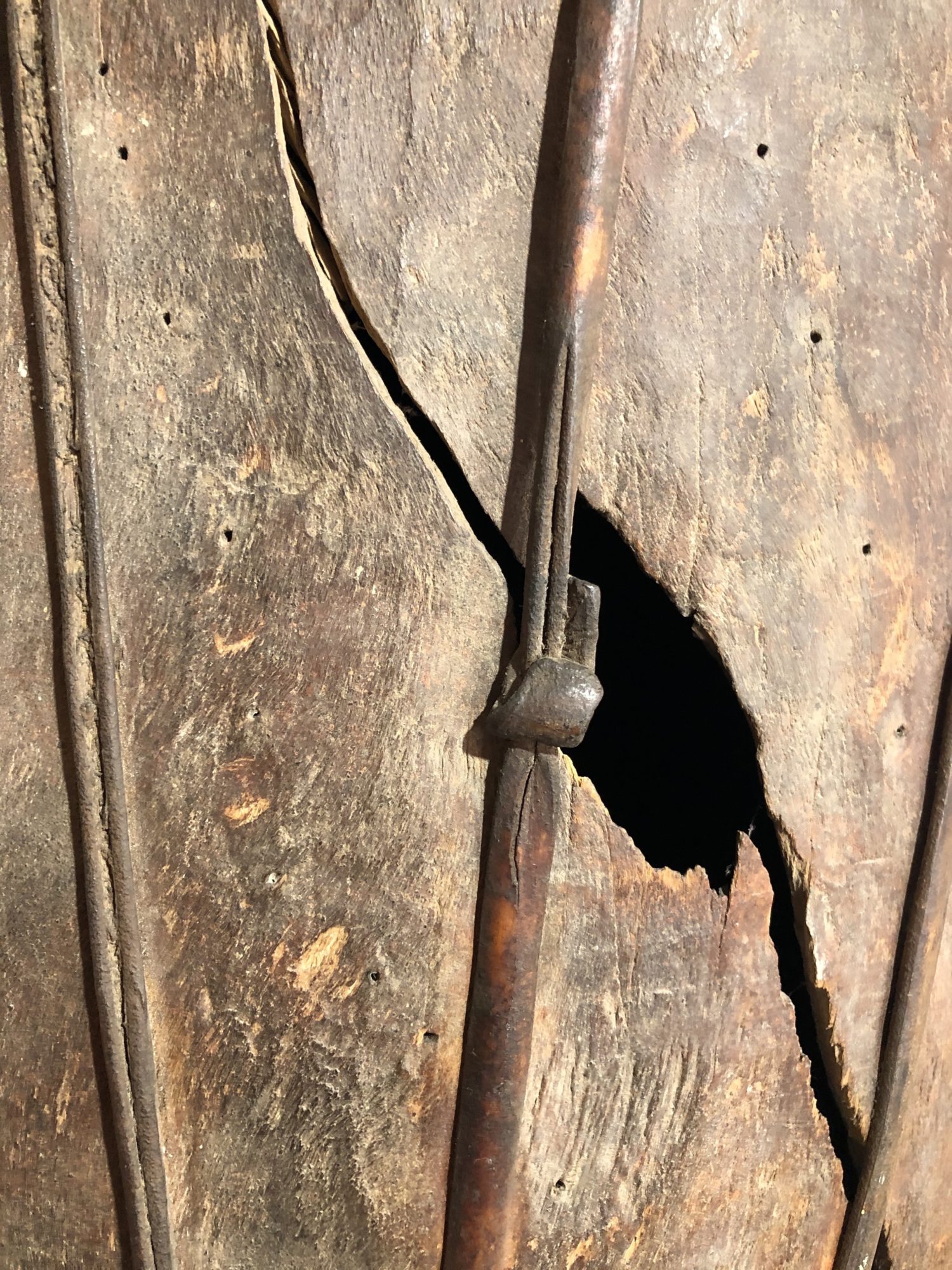 Below are some photos of the ends, along with the wonderful patina and rich, warm colors found on the hide.  The first of the two shows the most regular end, whereas the second shows the more irregular side. 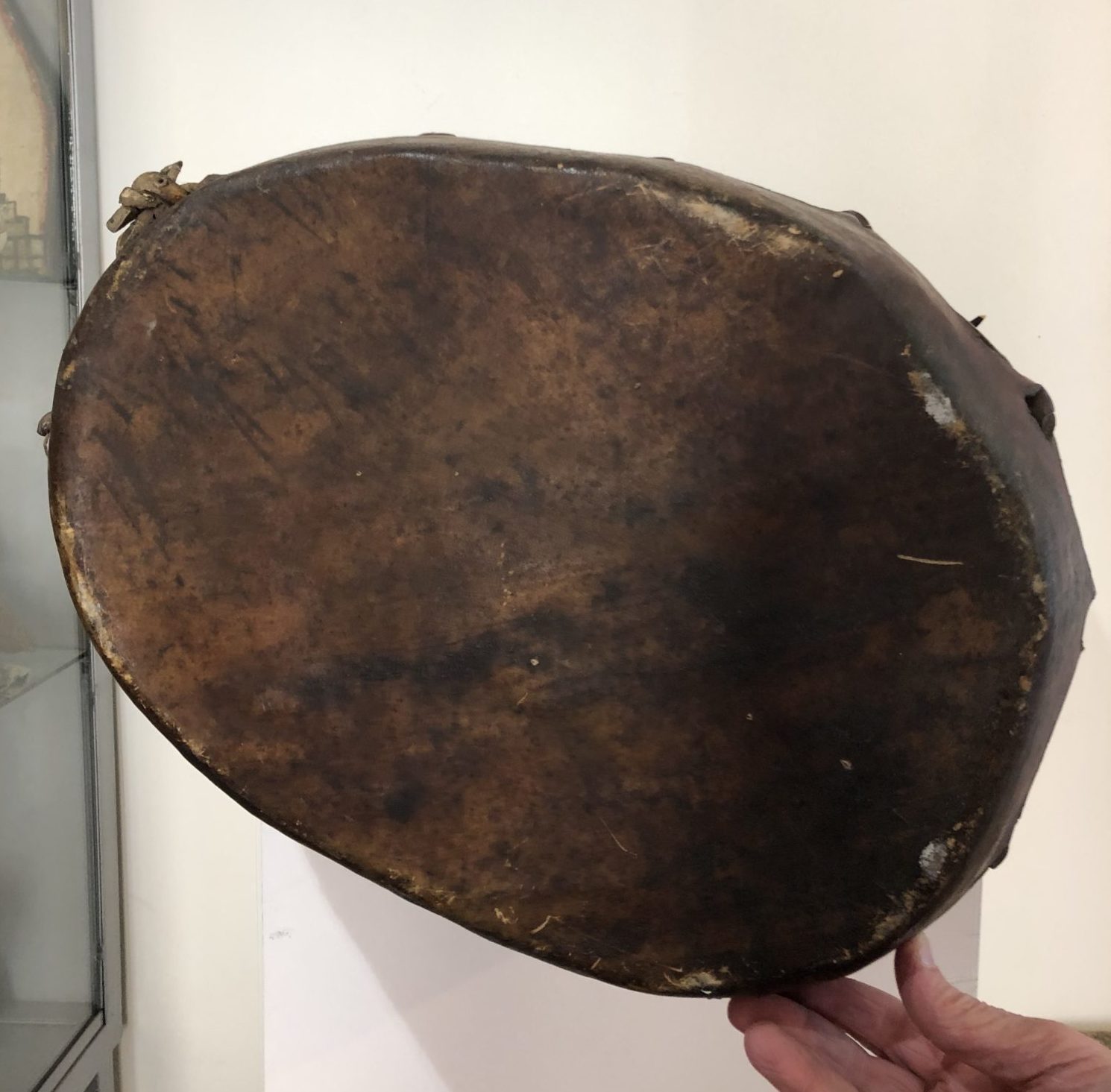 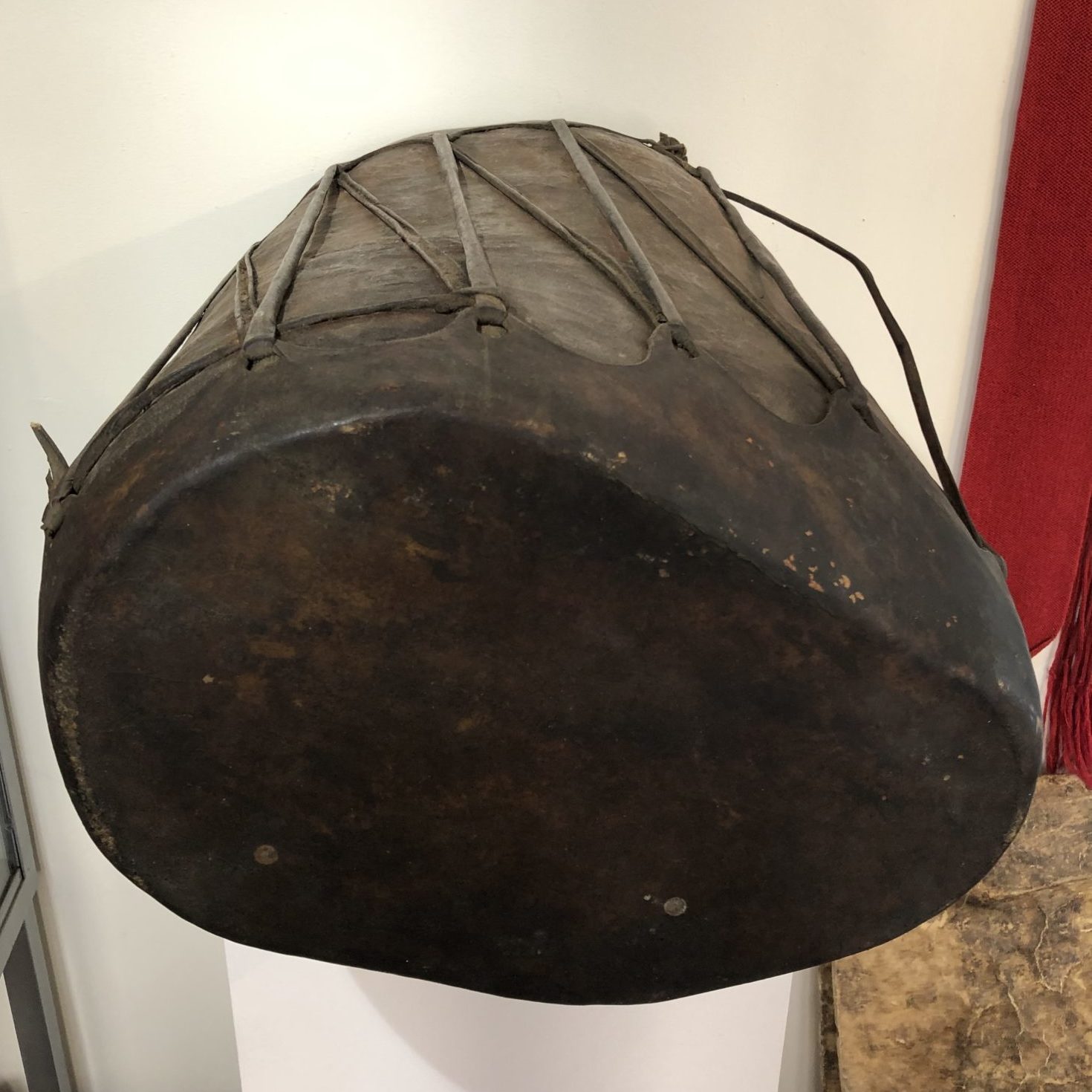 The Magic of a Drum

A drum as old as this holds a magnificent energy around it.  For me, a drum is a like a heart, but the beat comes from a separate being, that being a human.  That human holds an energy of the heart within themselves and uses the drum as a tool to amplify their heart, their spirit, their life.  I think about the days and nights that this drum was used as an amplification of the heart and the community of those that gathered around it.  Song, dance, sounds, movement all came about with the life of this drum.  Now, in its old age, it speaks of a bygone era with missing parts, additions, grime and crust and colors all combined. I can’t help but to be affected when I’m near it as its energy carries an echo of sorts, one that my body feels inside.

I invite you to come into my galley and visit this drum, as well as a myriad of other objects. 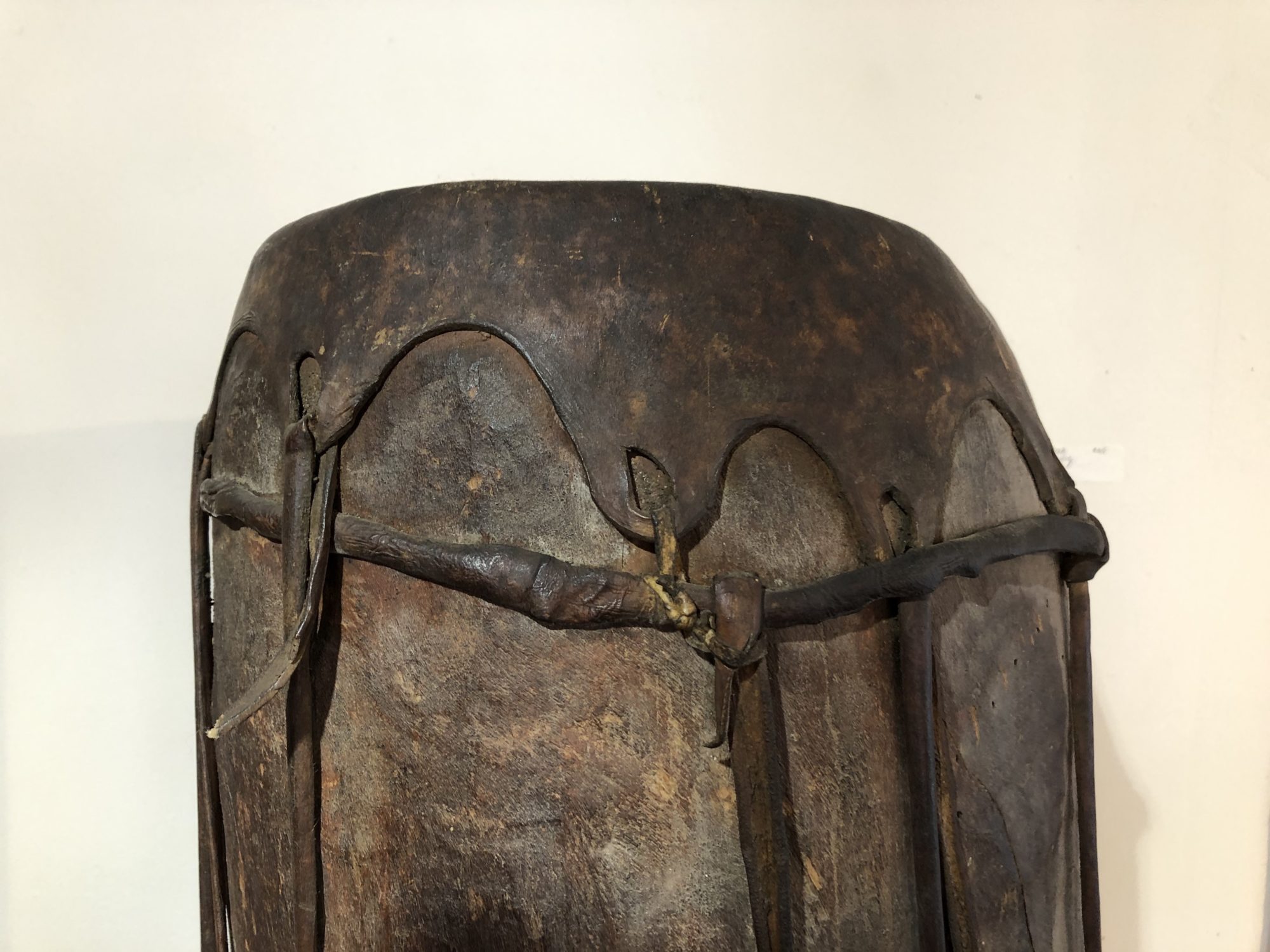