Description: It’s very rare to find original wampum of the period in any sort of arrangement.  This piece is the correct size for a wrist cuff but it may also be a remnant for a larger sash or belt.  The design of diagonal rows (5 purple and 4 white) is an early design arrangement – it’s simple and bold.  The piece is sandwiched between two pieces of glass.  There are two inventory marks, one on each side, and they read: 9/35.  These can both be seen in the detailed photos.

There is a letter from Herman Vondank to Larry Frank describing his find.  A photo of this is also included. It reads as such:

Wampum belt fragment I bought in London. The item was in my opinion made before 1700, around 1650 period.  The belts had bin made to affirm a treaty.  Eastern Indians make the wampum.  Signed, May 3, 1983 Hand made hemp

Condition:   The wampum shows aged wear consistent with the period. 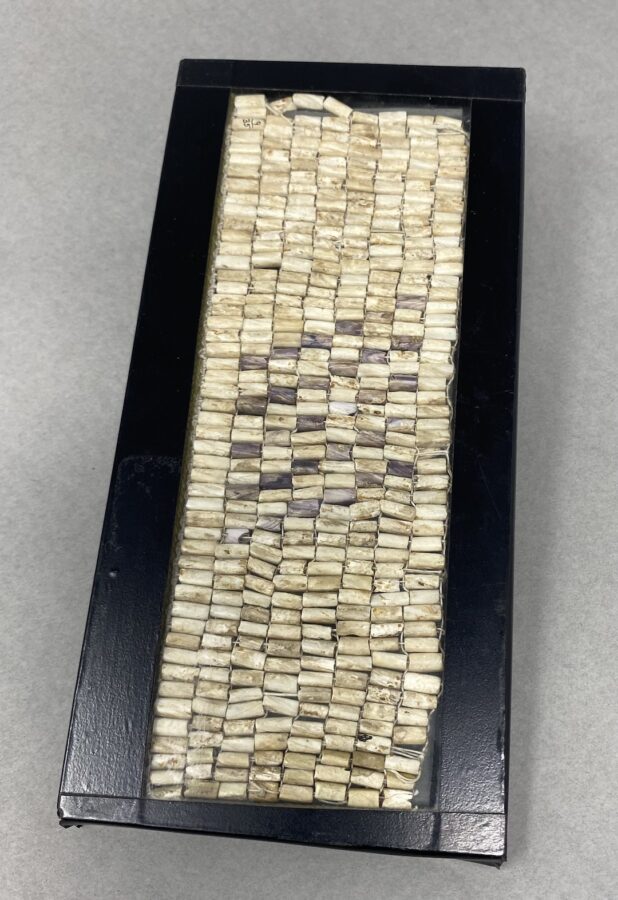 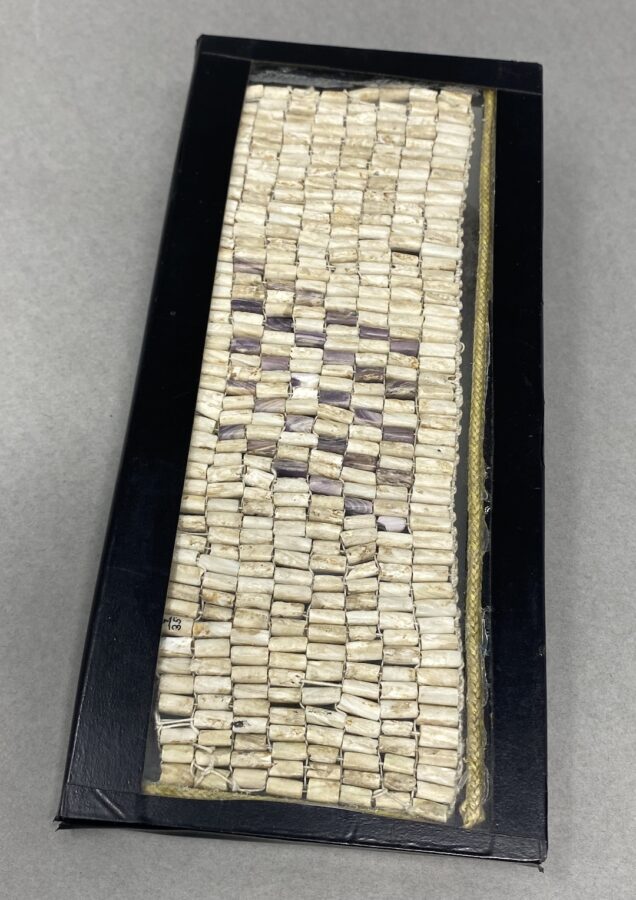 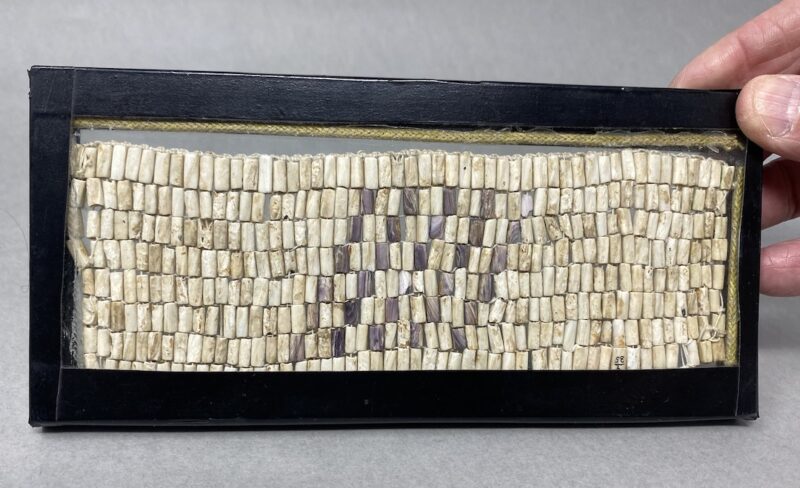 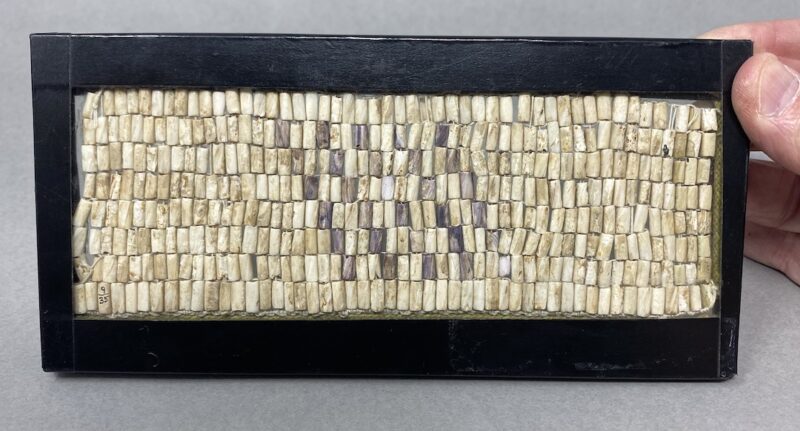 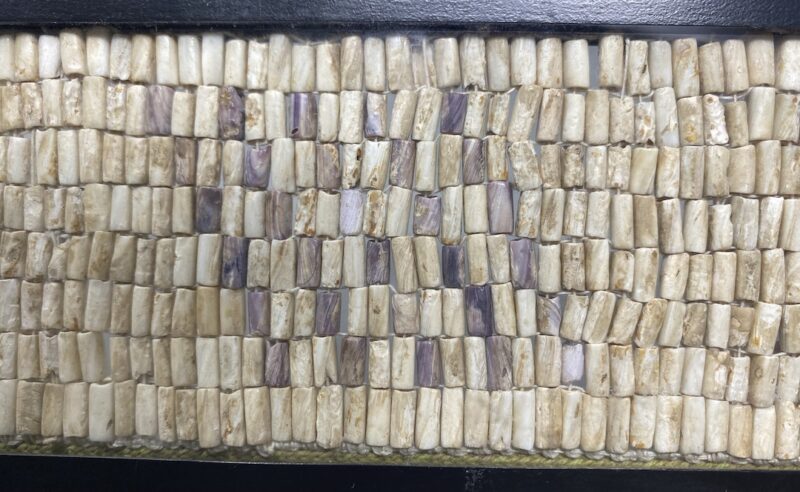 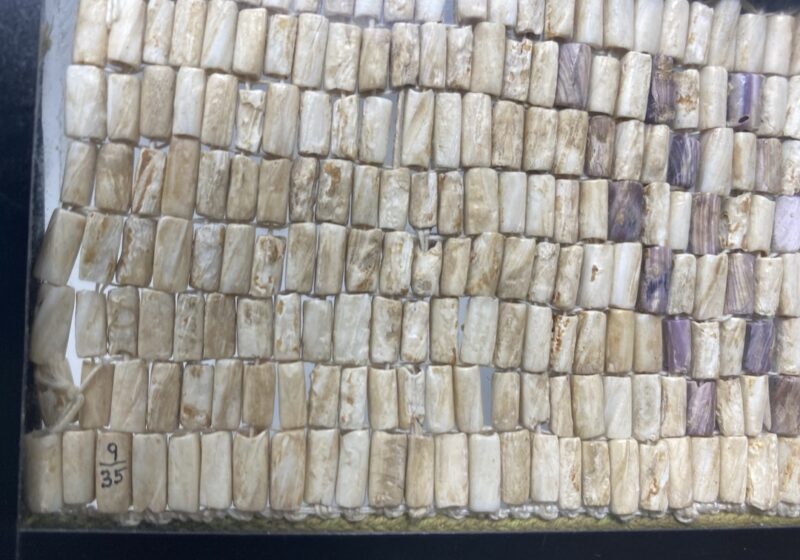 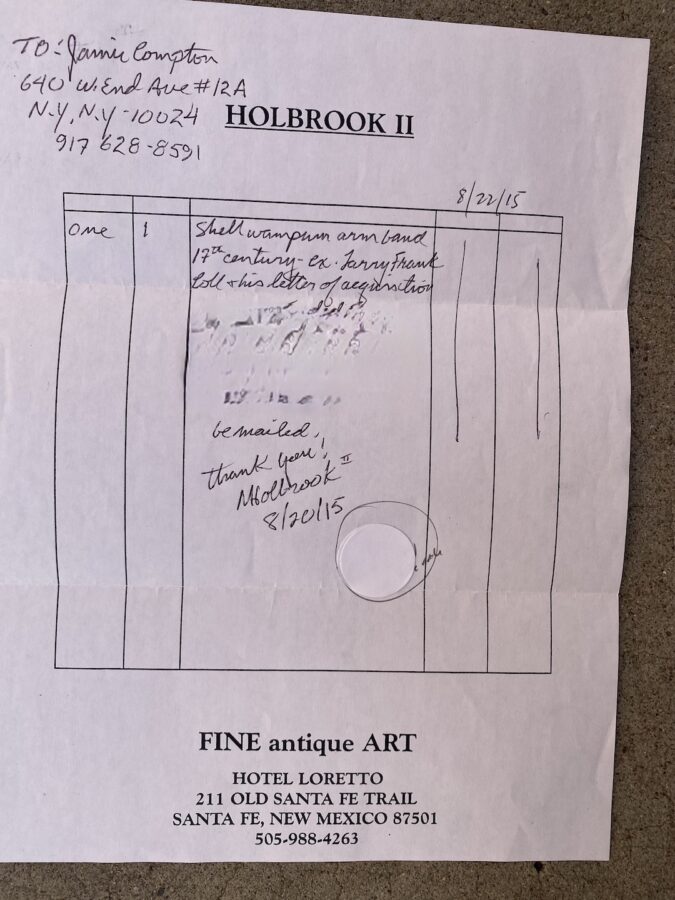 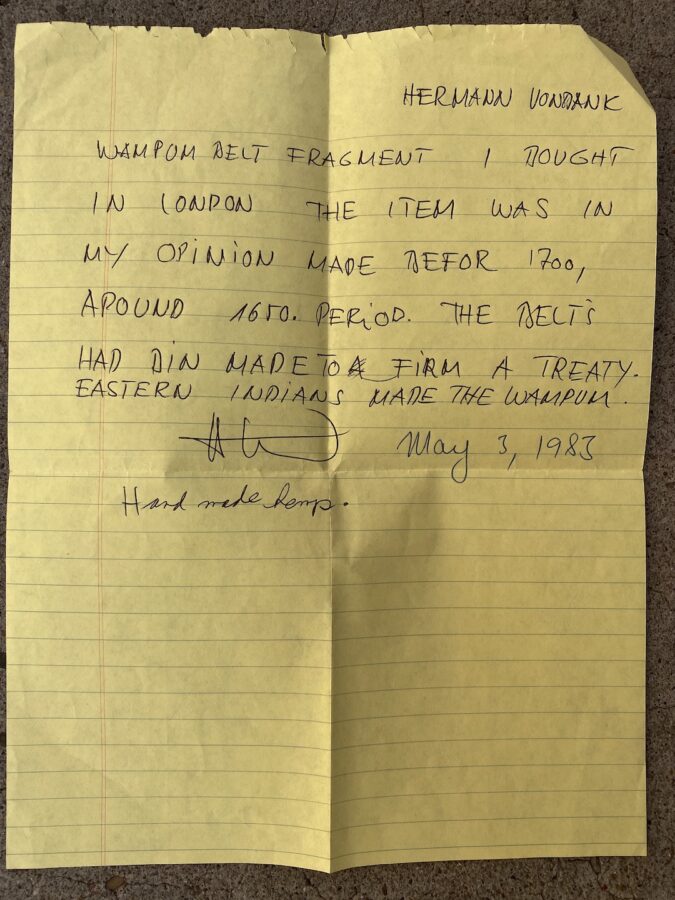