Description: Very rare, these two amulets were acquired by Larry Frank directly from the Isleta pueblo. It is not known what they were used for, but is believed that they were carried by a person for personal strength / identity as a fetish may be carried.   One of them came with the existing bag that has pollen at the base of it.  The other amulet was found after, without a bag, and was added to this one.   The hammering is intricate and very different for the two pieces.

The larger of the two appears to be made with an aggregate of individual marks, possibly file marks. There is a central theme that is bordered bi-symmetrical with a framing pattern.  The whole image is bordered with framing lines at the very edge.  The back as well is bordered by a framing line and includes in the center 4 semi-circular marks that face each other like parentheses.

The smaller of the two has a deer or elk head with horns in the center, surrounded with simple marks, many that appear to be file marks.  Interesting to note that the eyes and nostrils extrude outward from the surface as if a very small amount of silver was added, or a tool was used to create this effect. 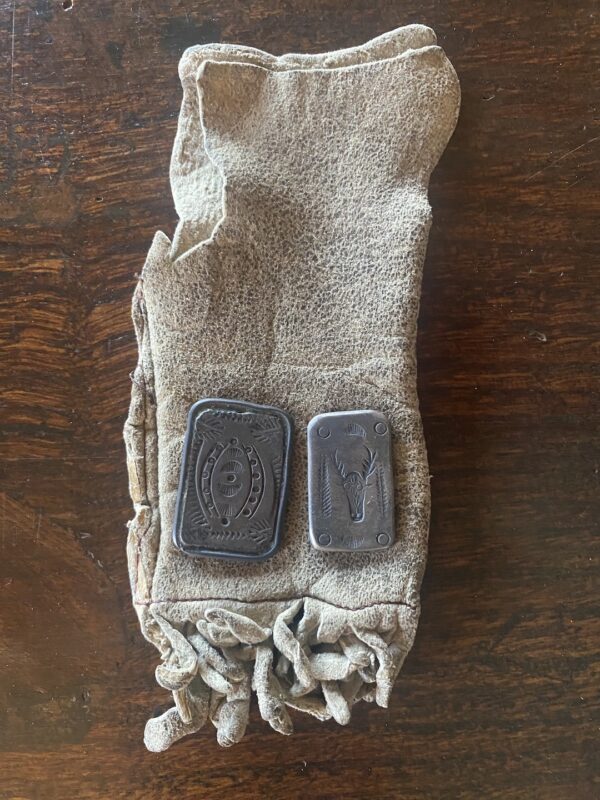 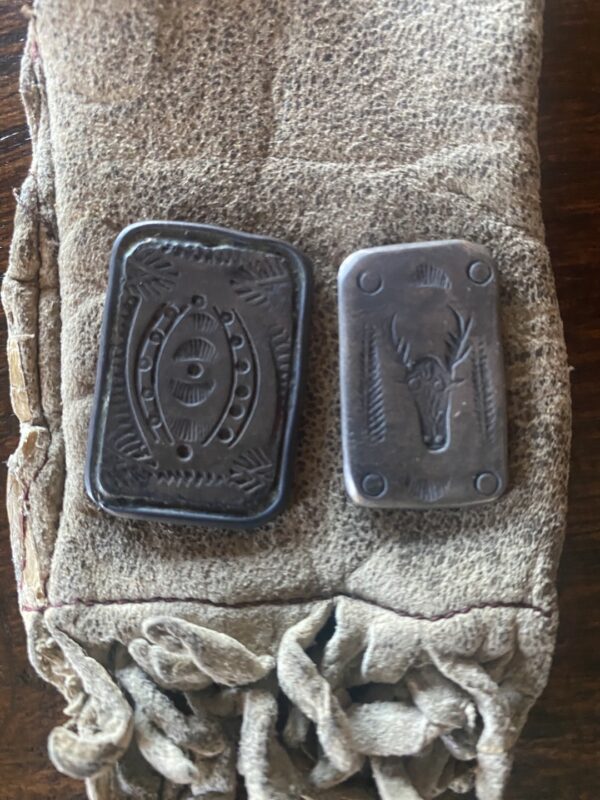 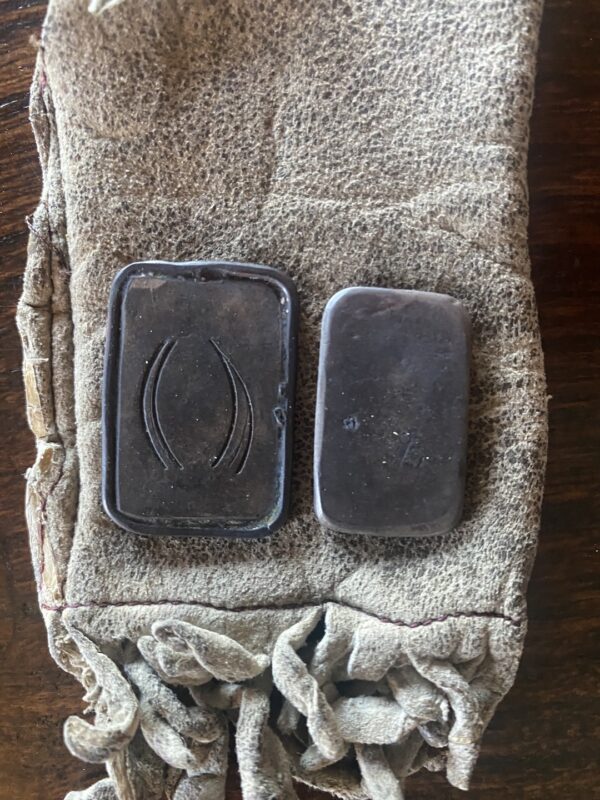 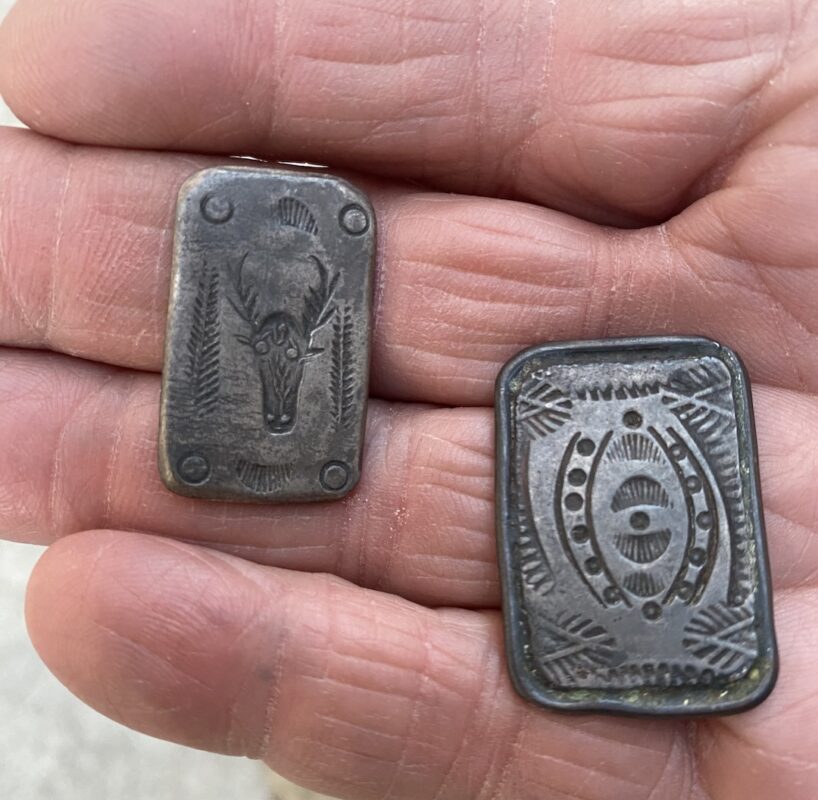 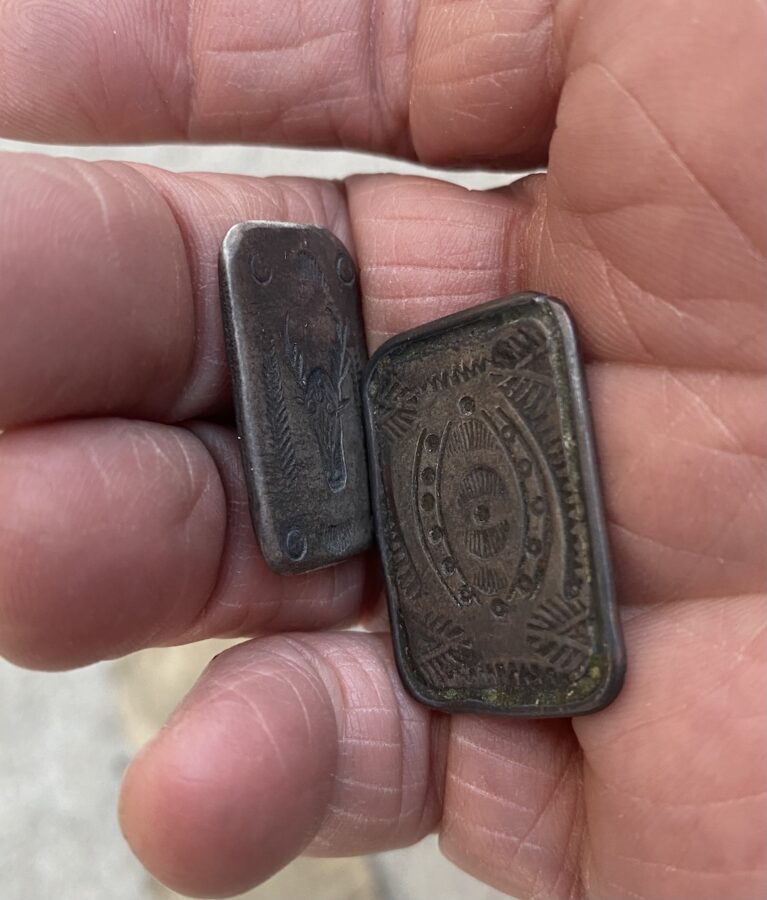