Description: This intriguing, small hopi jar is a study in progress.  The design, shape of jar and glaze all suggest Nampeyo of Hano.  It appears that during the firing process this jar got splattered with either coal or glaze dripping off of another piece.   The glaze ware covering the surface comes in a large glob as well as thinner streaks of white glaze.  There is an interior drip of glaze of the darker variety.  As can be read in the Provenance below, the jar was considered to be from the Sinagua period of early Hopi wear.  This has since been disputed and the dating of the jar is late 19th century.

Provenance: This statement was provided to me from the original owner: Hopi/Sinagua Pot; Unknown artist, c. 1350 A.D. H. 3.25″ x D. 6.5″. An early Hopi or late Sinagua transitional jar found intact on the Perkins Ranch on the Verde River in Perkinsville, AZ. Condition; the pot is intact, but has several cracks and one large imperfection on the surface which probably occurred during the firing process. 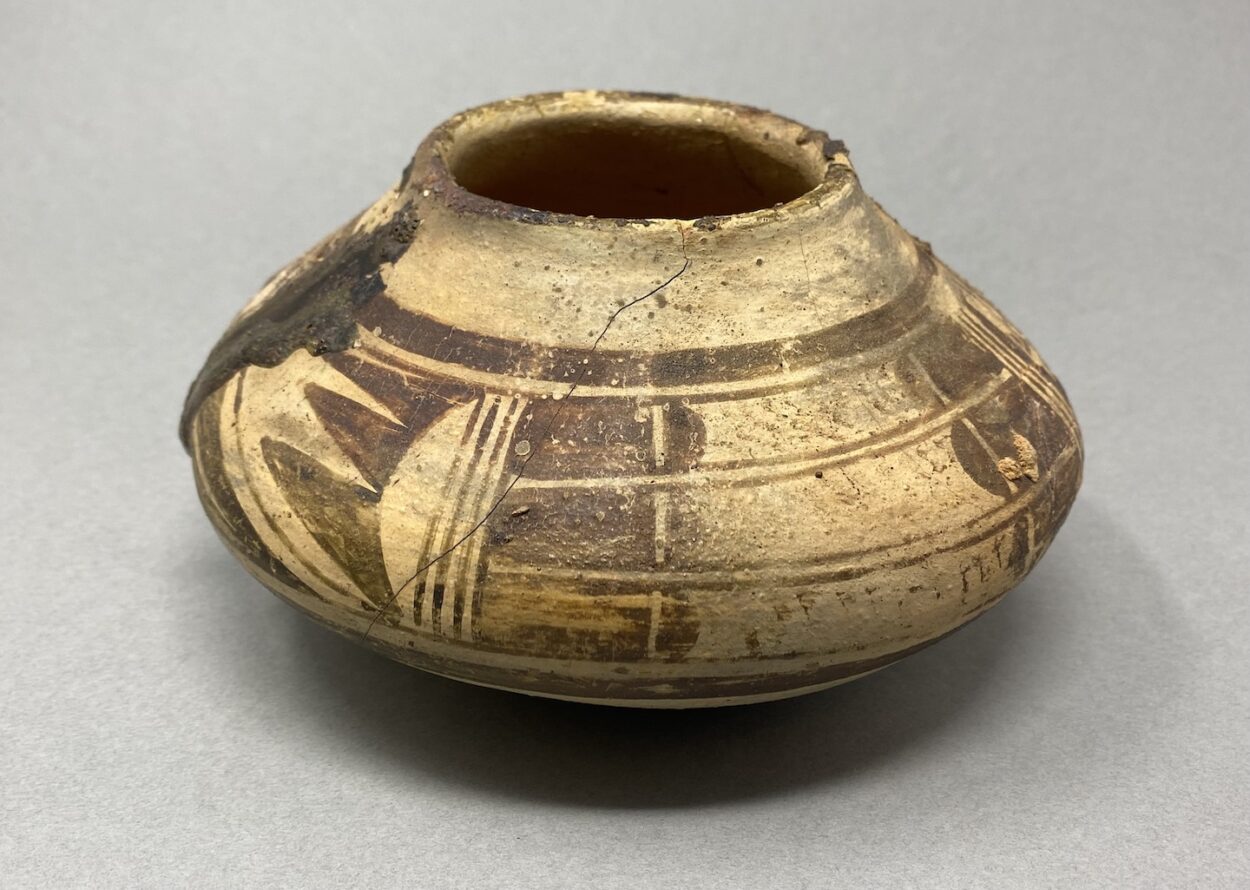 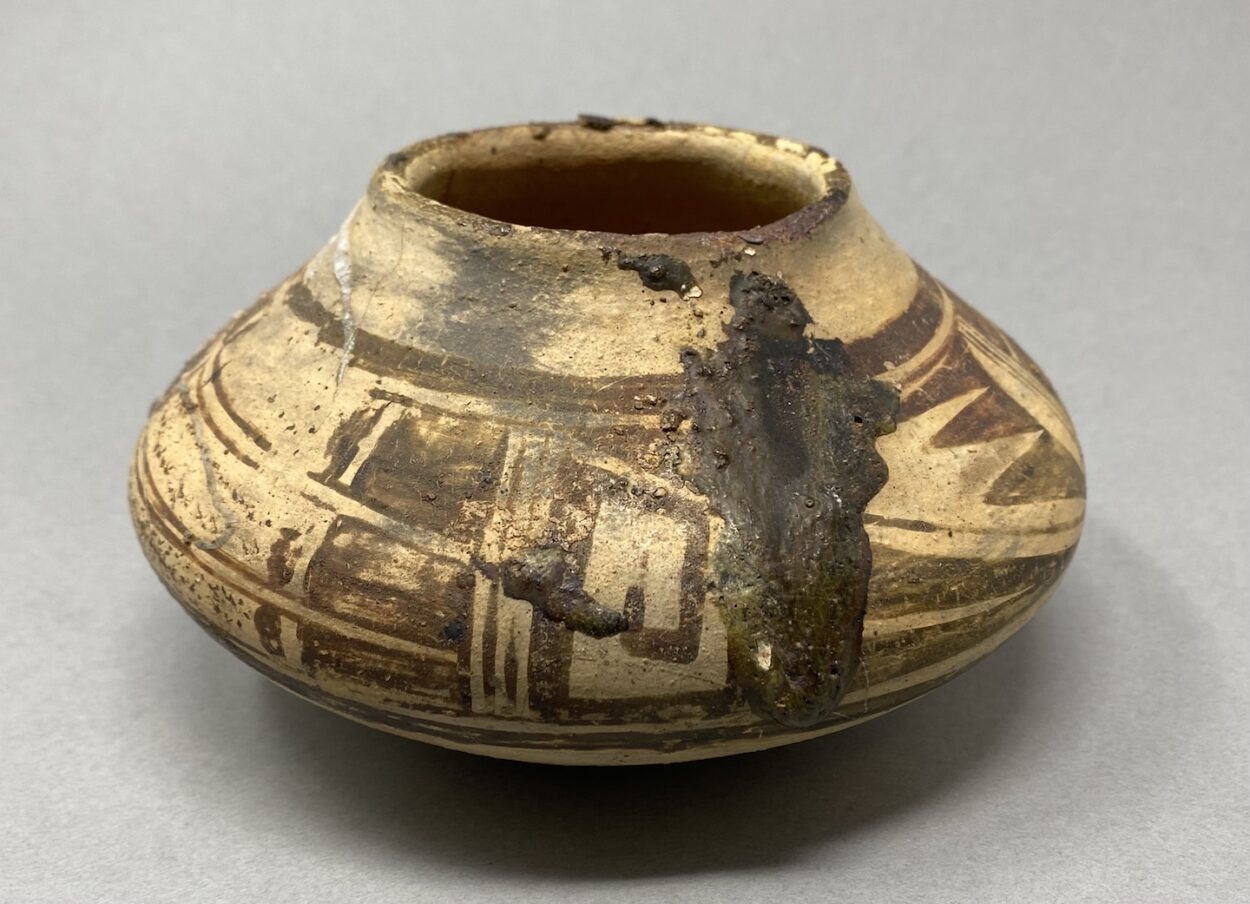 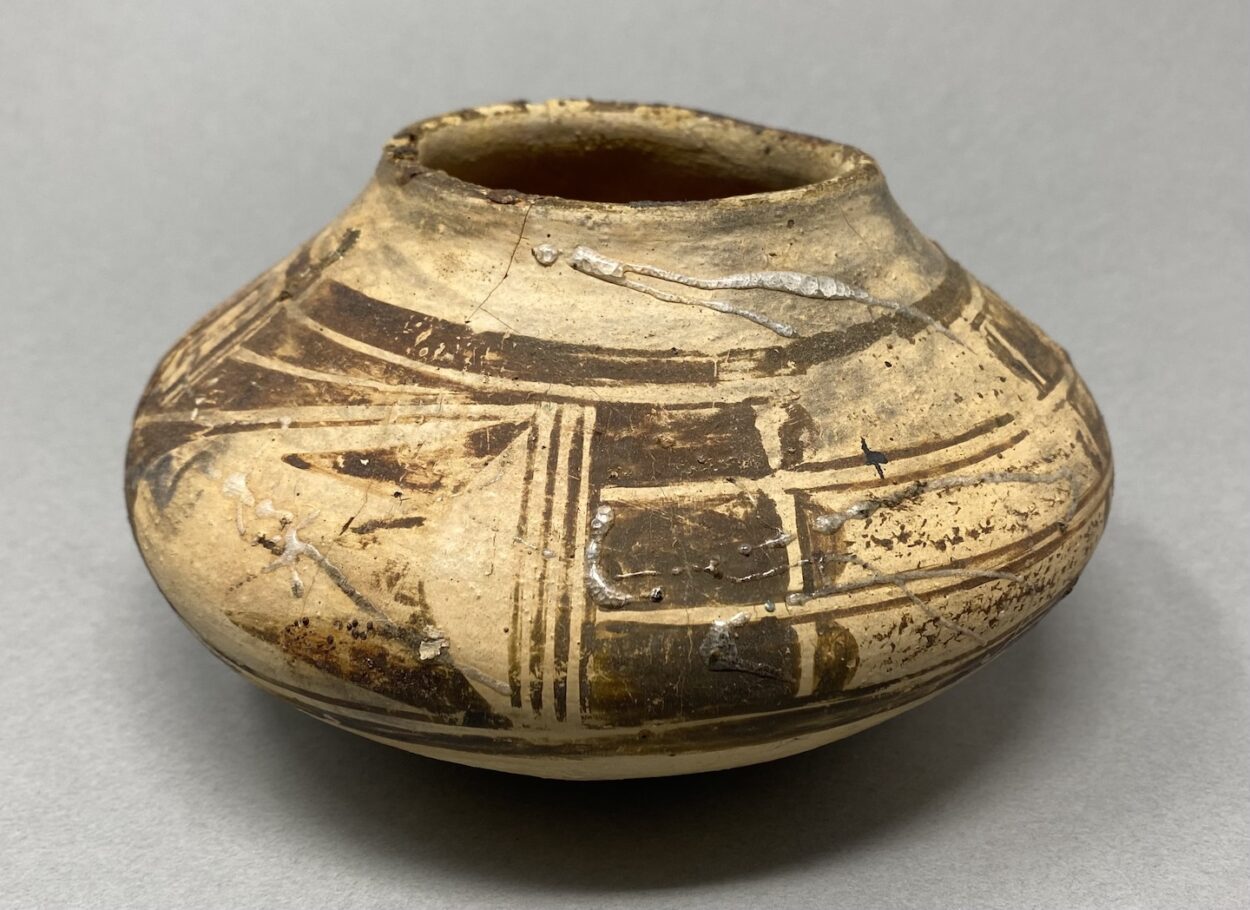 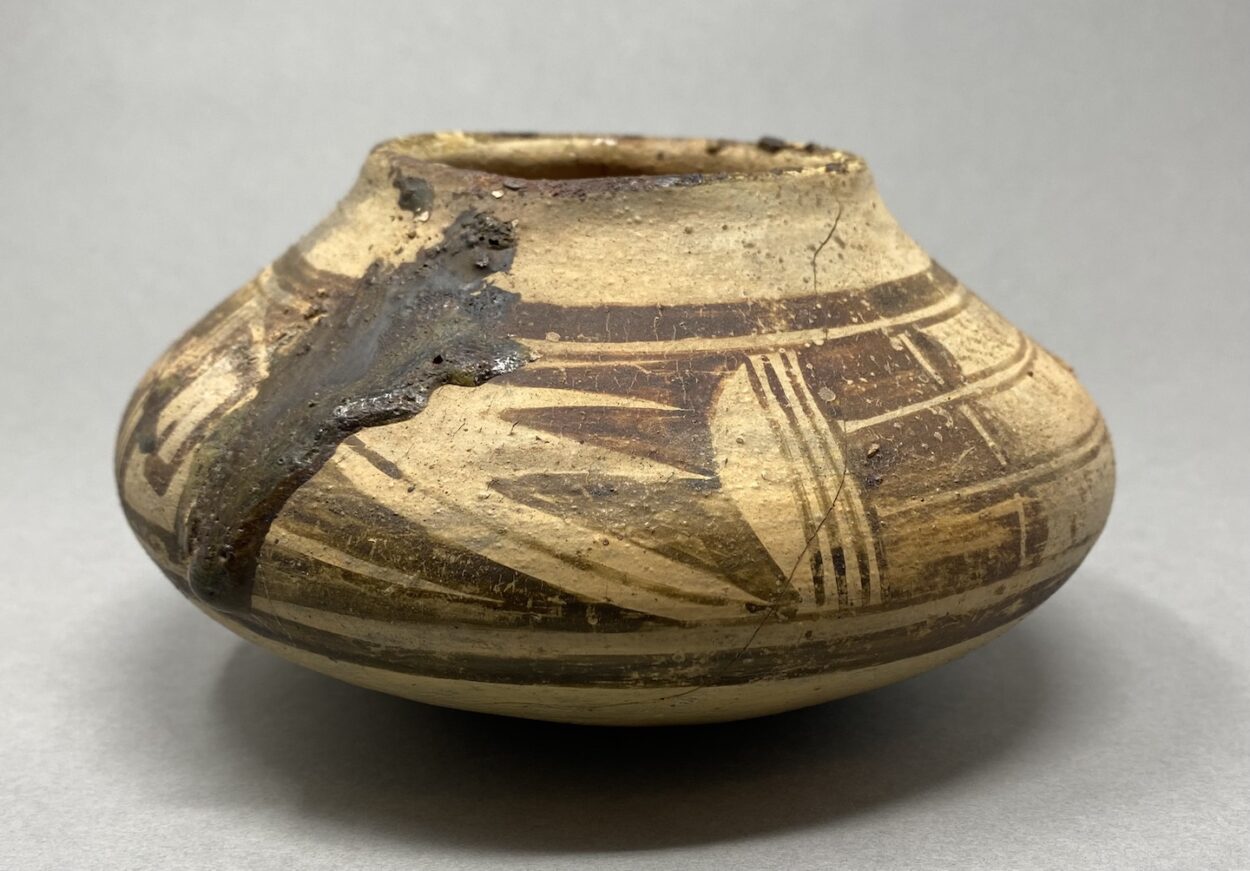 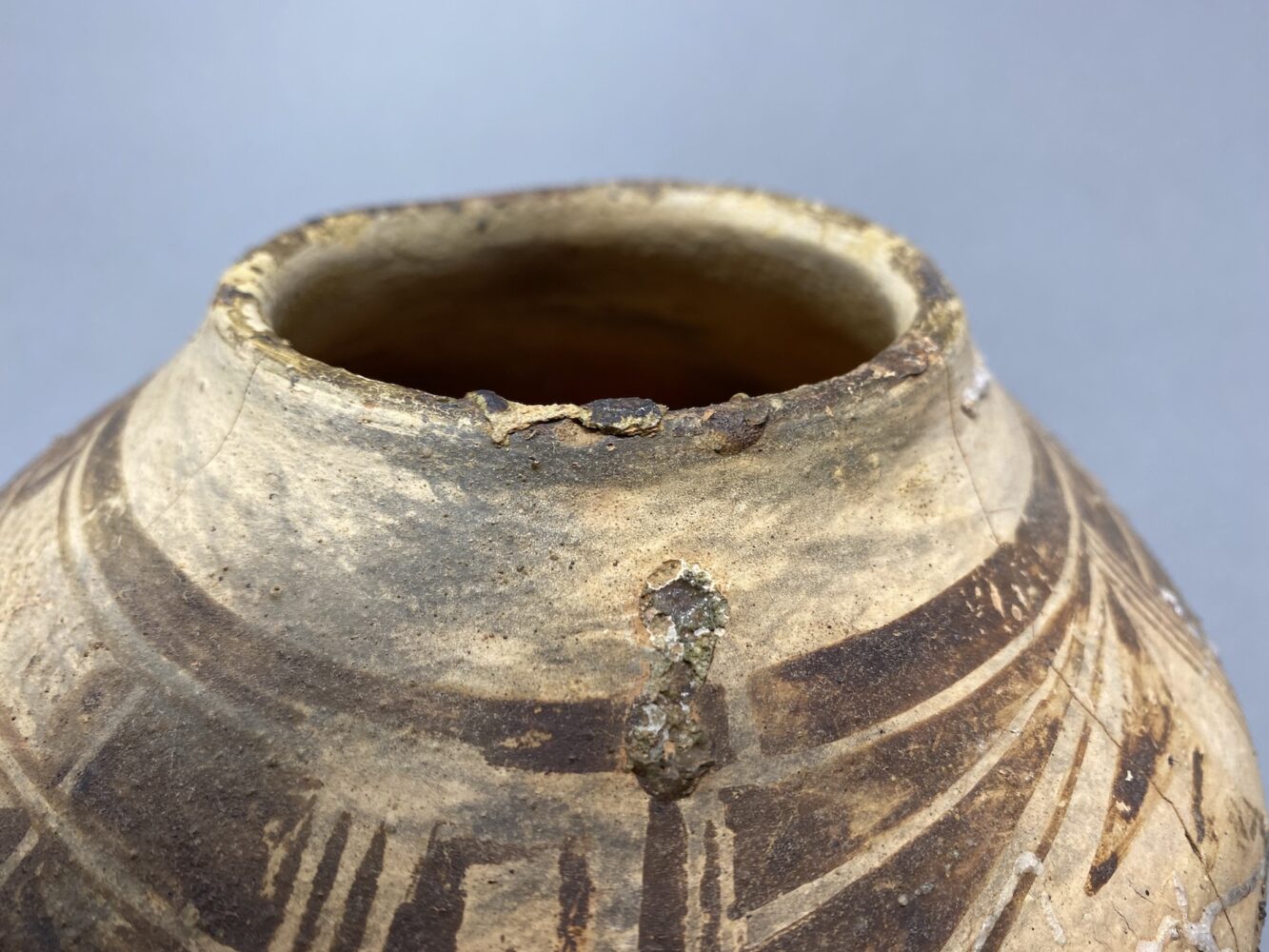 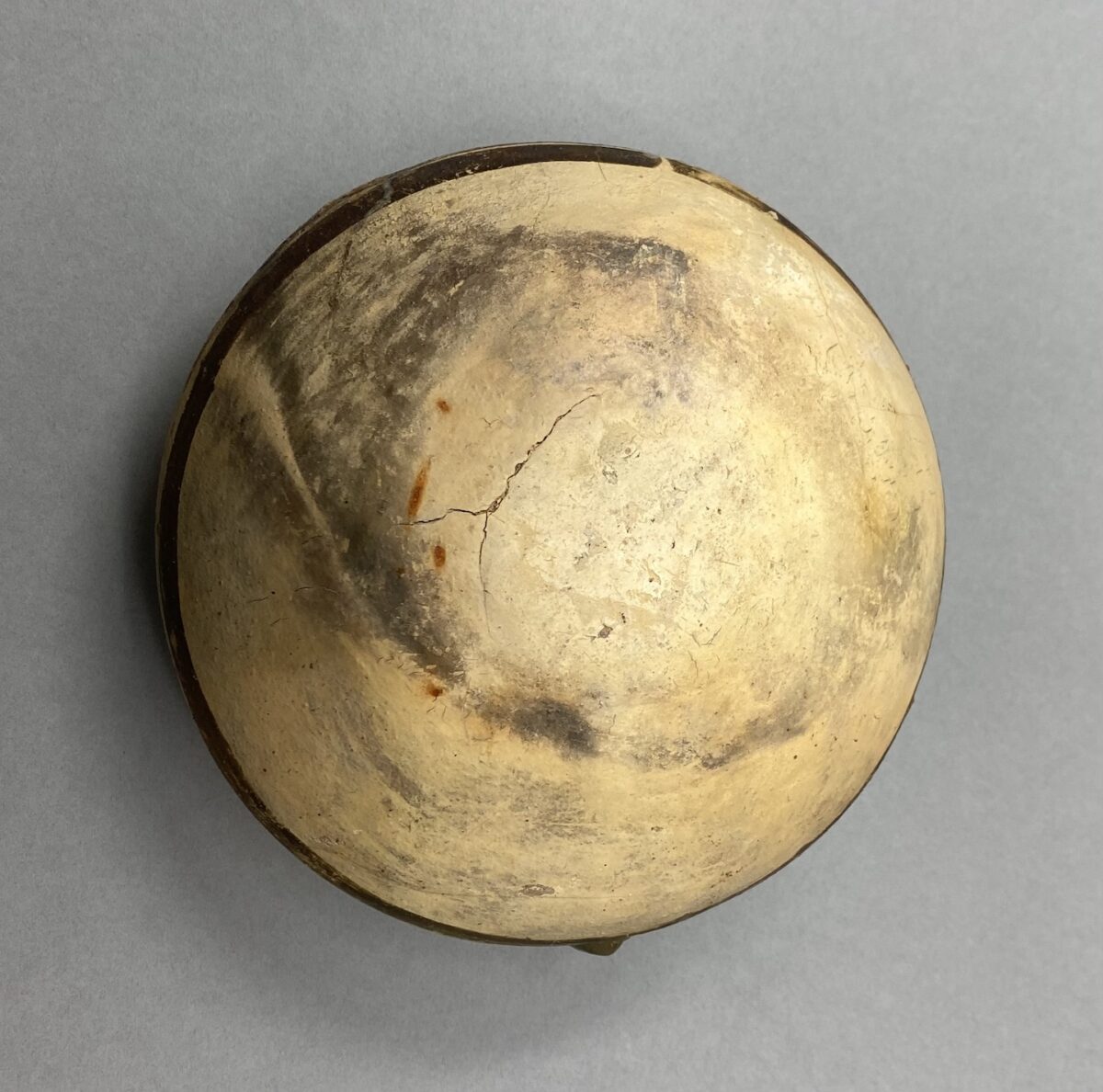 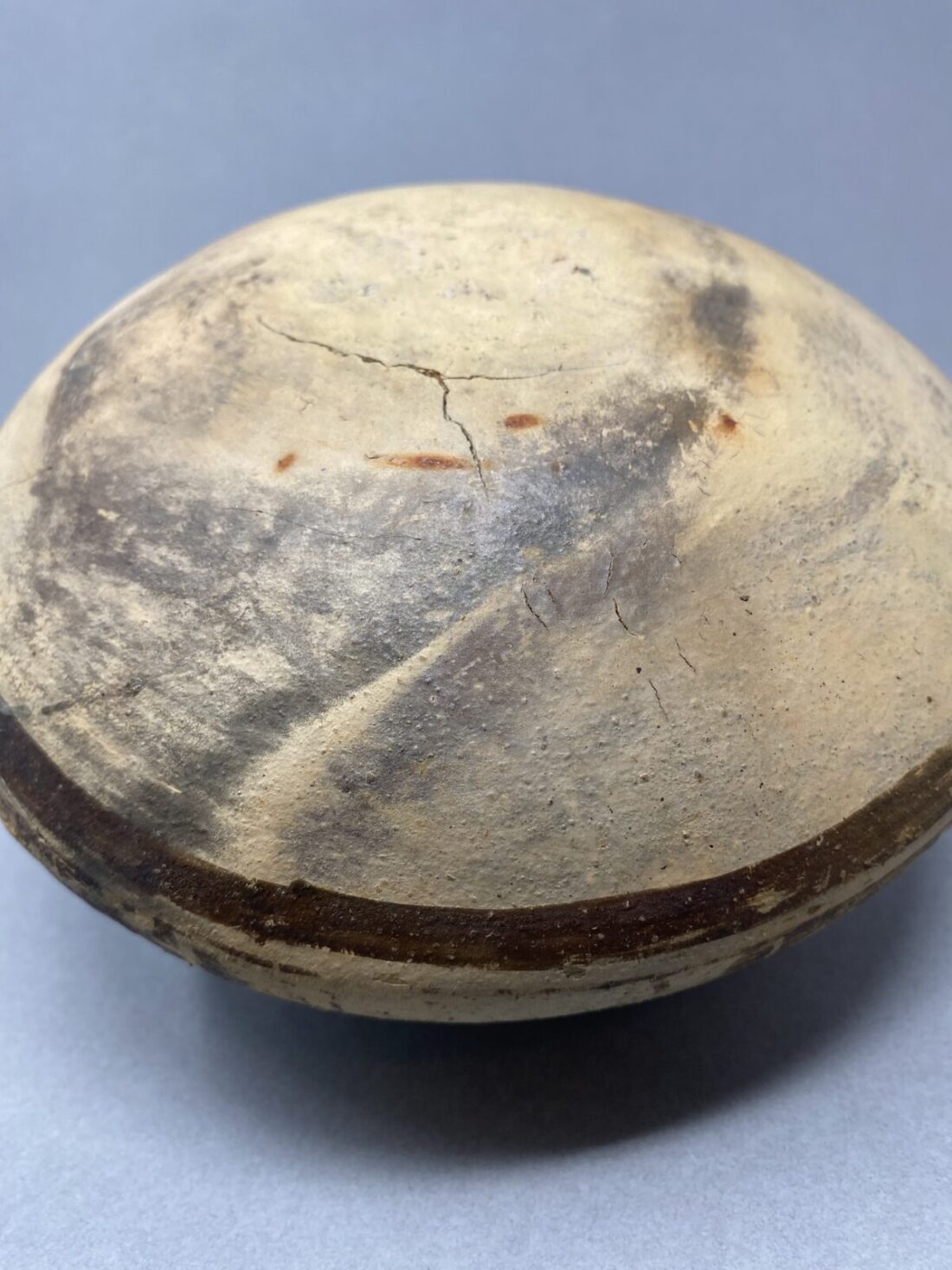 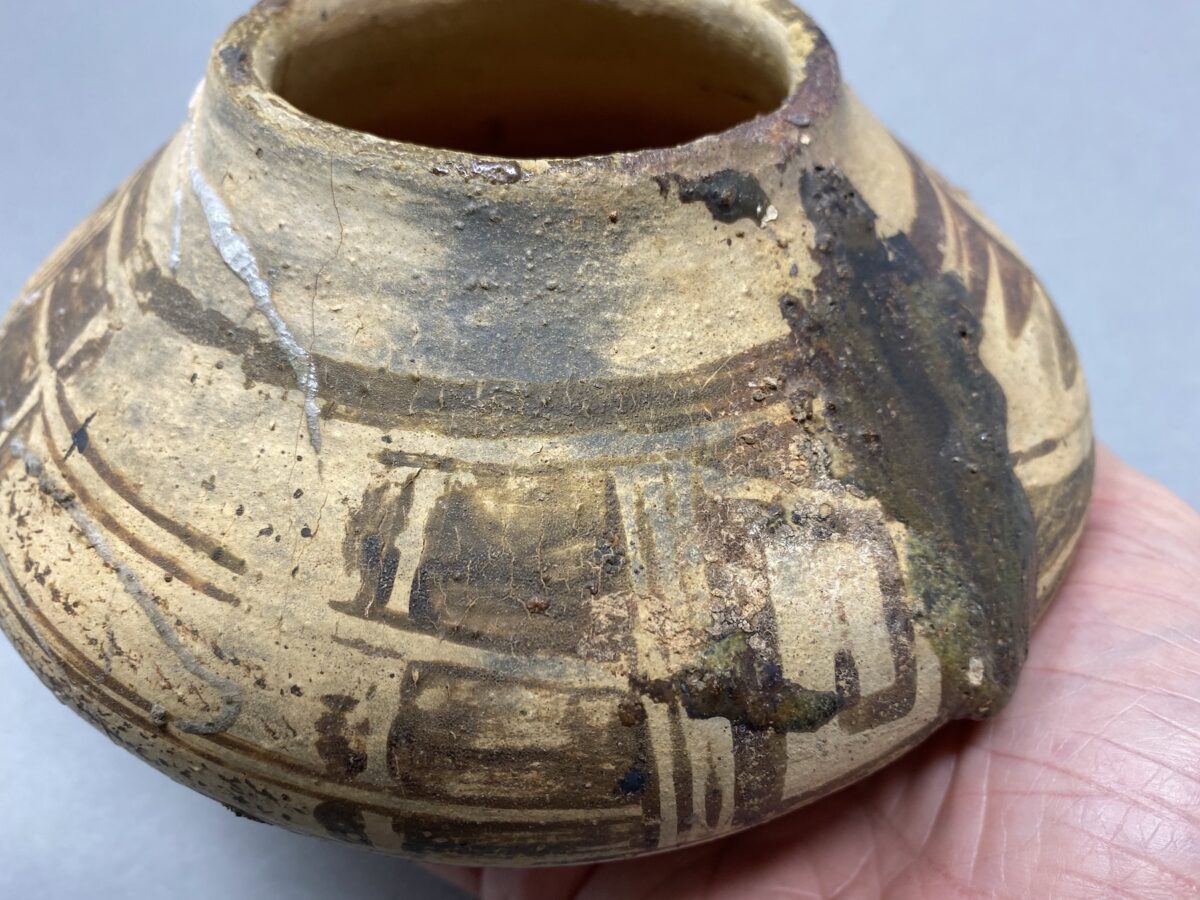