Description: Don’t run away from this one!  Picasso?  Not likely.  Early Spanish Colonial? Most certainly!

UPDATE! I’ve had responses from several people about this stone head.  Several people feel that this head is likely much older than my suggested Spanish Colonial period as originally noted above in my first sentence.  The wear and patina suggest a date that may be pre-contact, or prior to 1600.  My assumptions come from how it looks to me (European like man with an elongated nose with a strong nasal ridge) but my assumptions are just that.  I do feel that the piece is likely older than 200 years, but how much older requires a good deal of investigation.  Whatever the case, he is a rare find and carries with it plenty of mystery.

He may be scary, but he’s harmless and full of intrigue. This unusual stone head was found in Mora, New Mexico years back.  Mora is a historically Hispanic town with written history  dating the settlement to 1818.  It was well established by 1843 being settled by Hispanos from elsewhere in New Mexico and local Puebloans, many associated with Okay Owingeh.

This head appears to be of an anglo man and is perhaps something made for the Penitente, a religious society of Flagellants in Spanish-American communities.  The well shape head shows a long nose, two eyes with pupils and a mouth with teeth.  One can see two nostrils slightly ajar. There are also two ears carved into the sides.  I have left the eyes and mouth alone in terms of trying to figure out what was used to form the interior, finer parts.  They are covered in dirt and I do not want to destroy any of it for my curiosity. The very long nose suggests to me a specific person, perhaps in more characteristic form.

He has a very intriguing yet fascinating presence about him.  While looking skeletal, he was meant to be portrayed as living.  Perhaps he’s in that space between the two worlds?

Condition: No chips, cracks or breaks.  He comes with the stand. 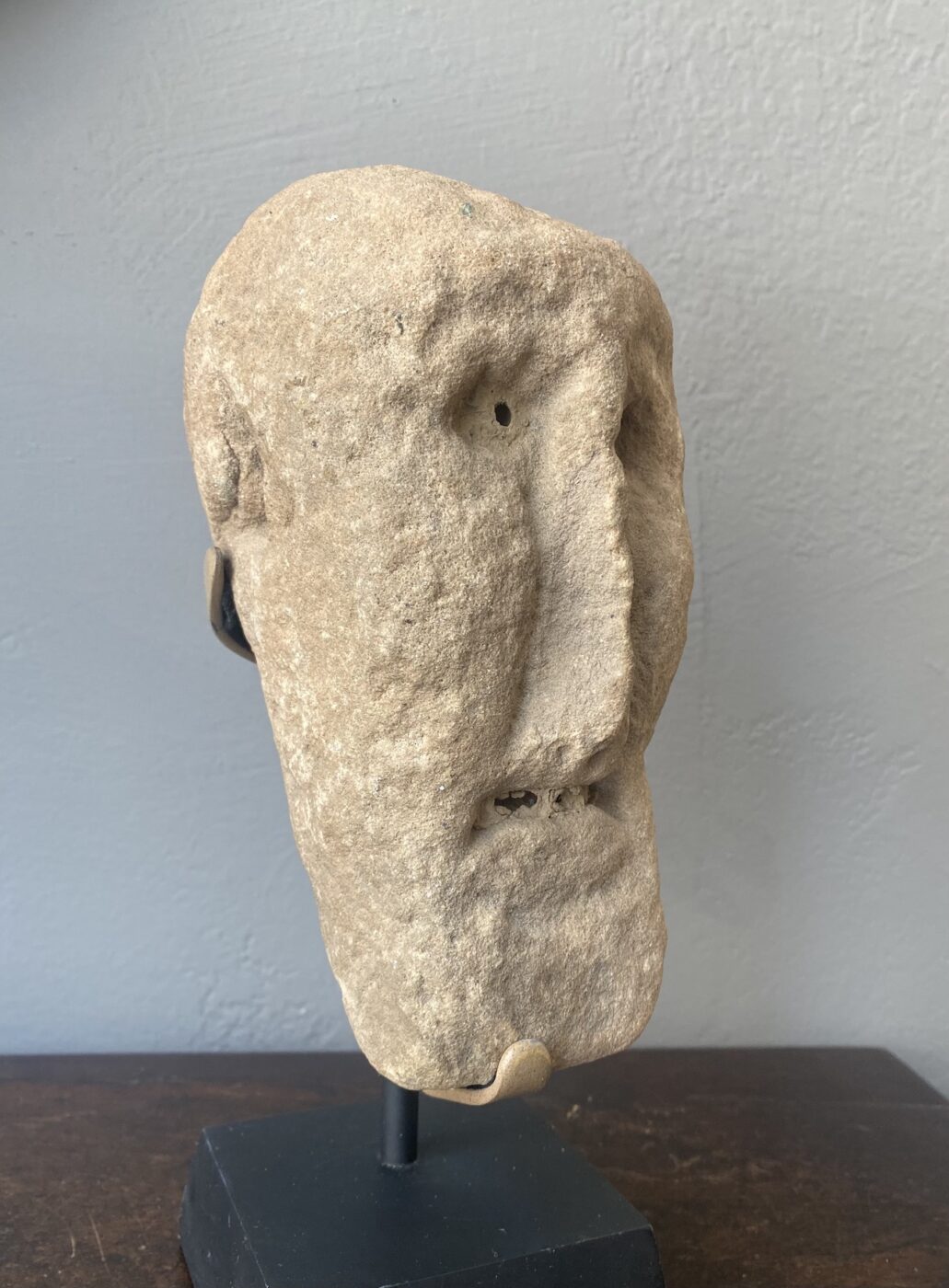 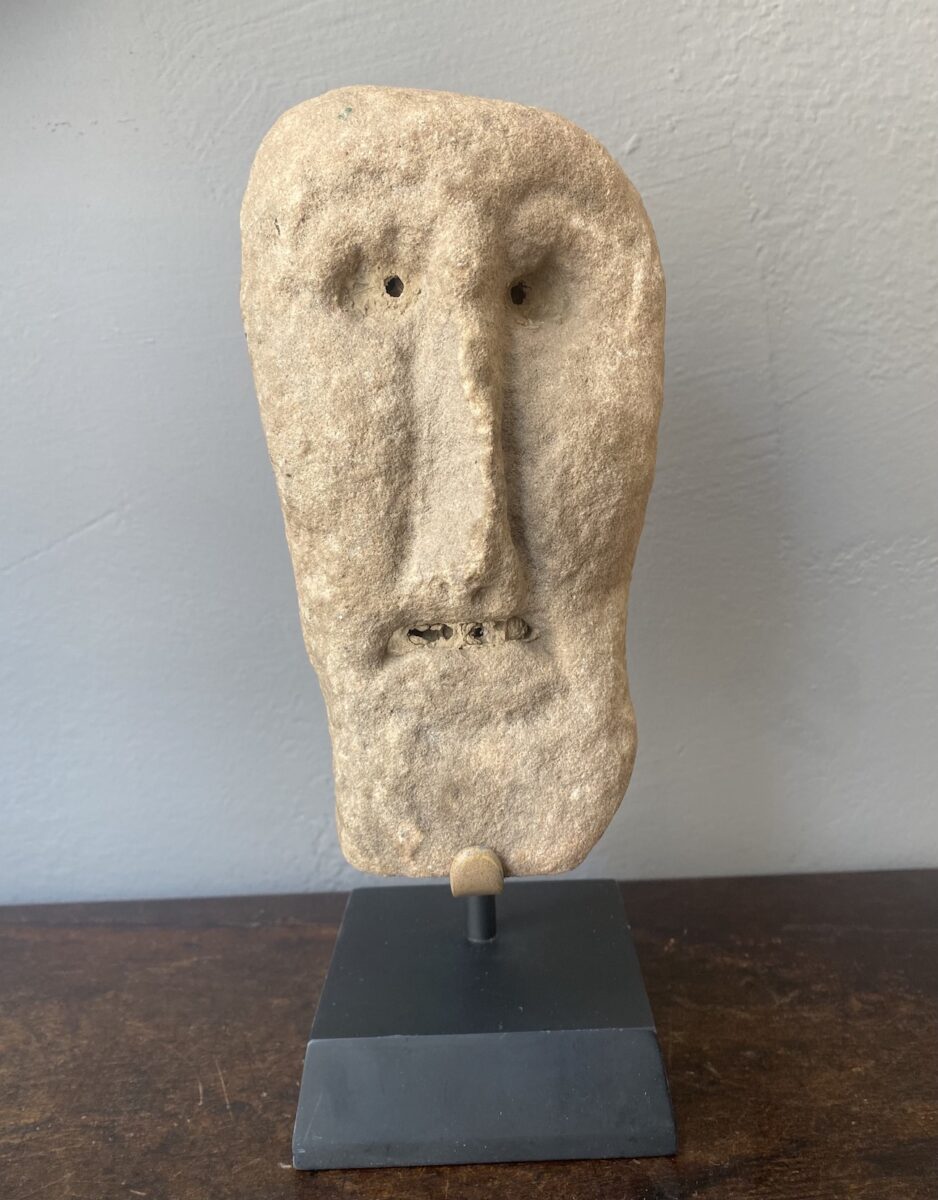 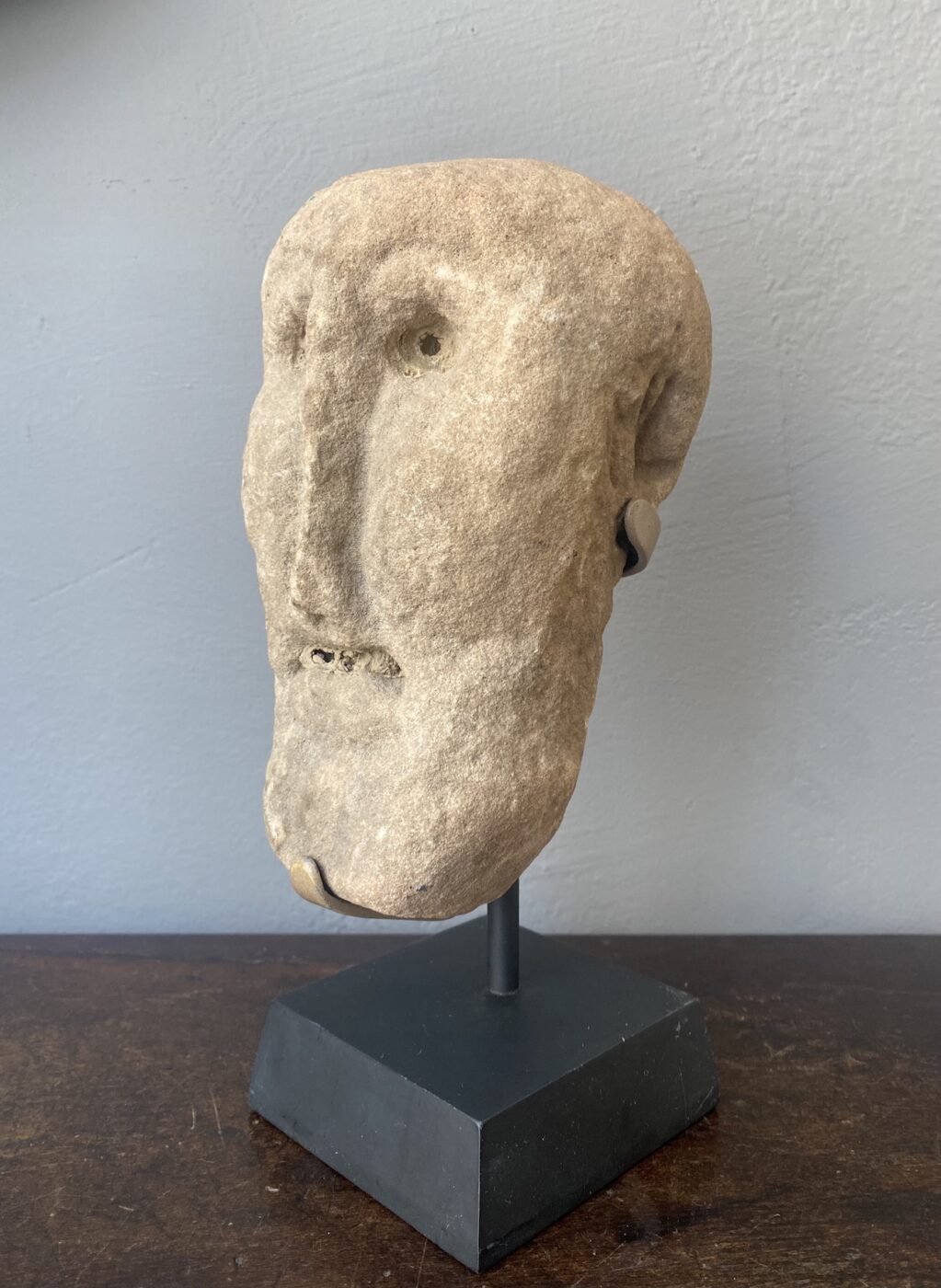 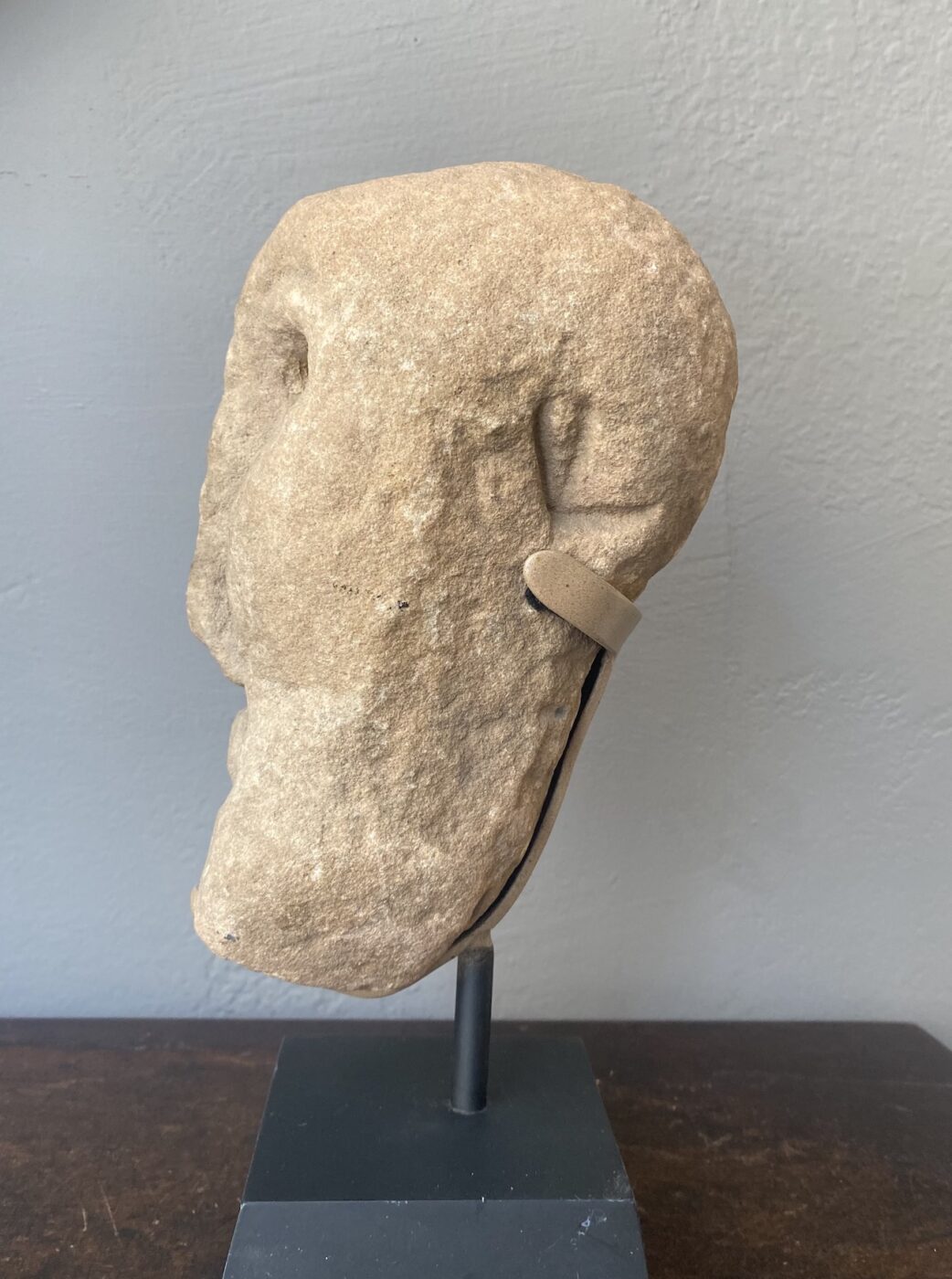 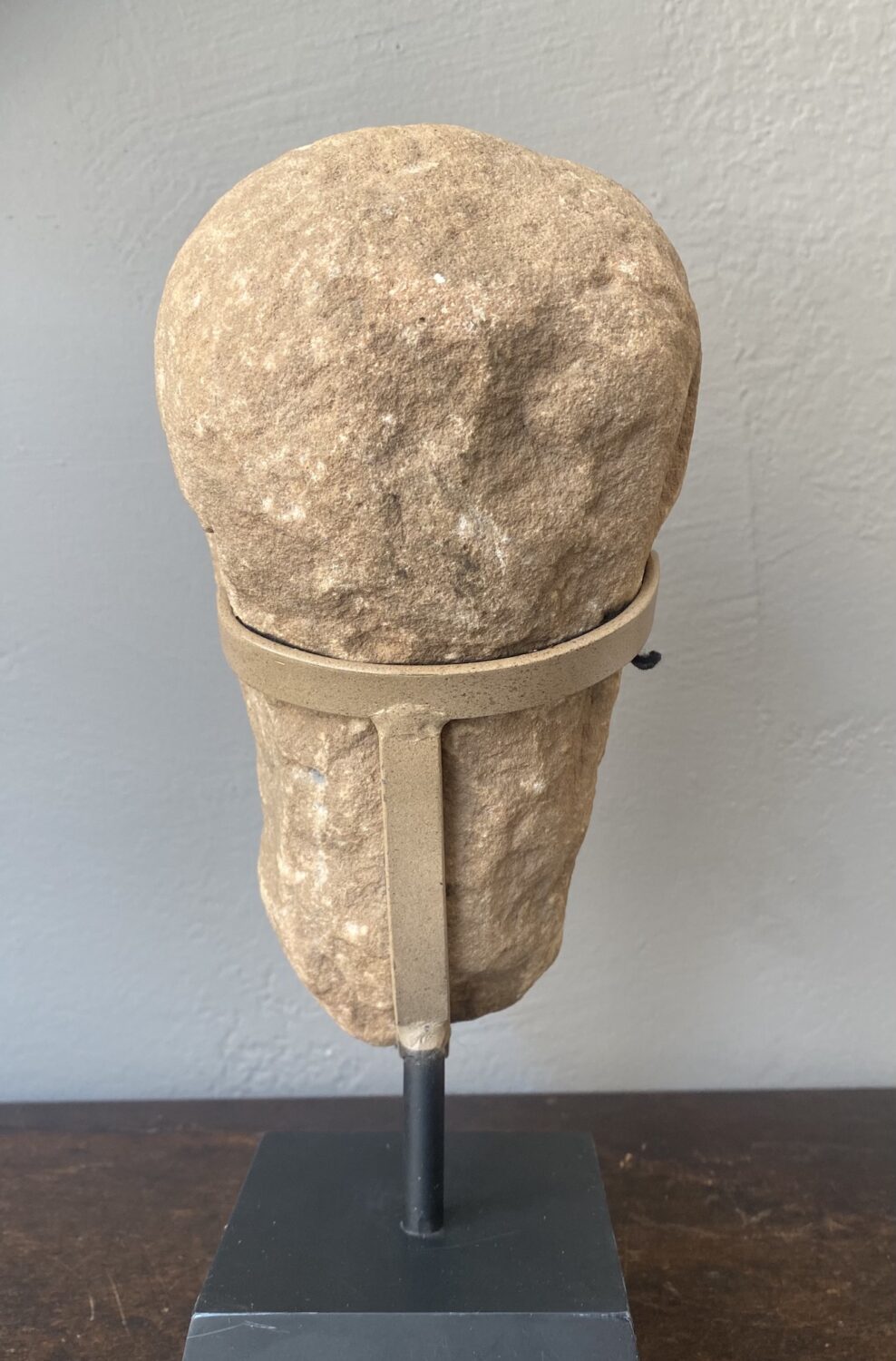 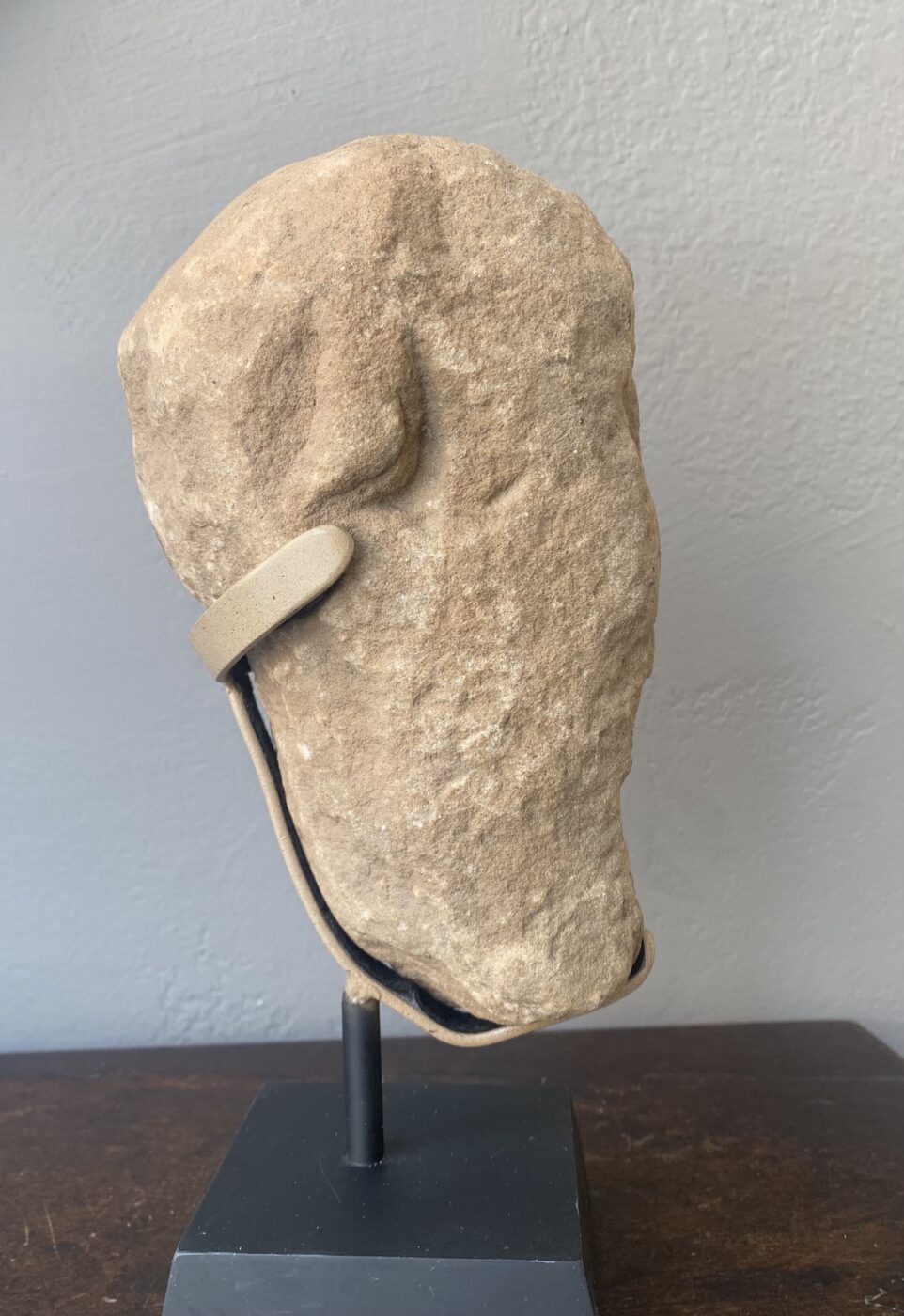 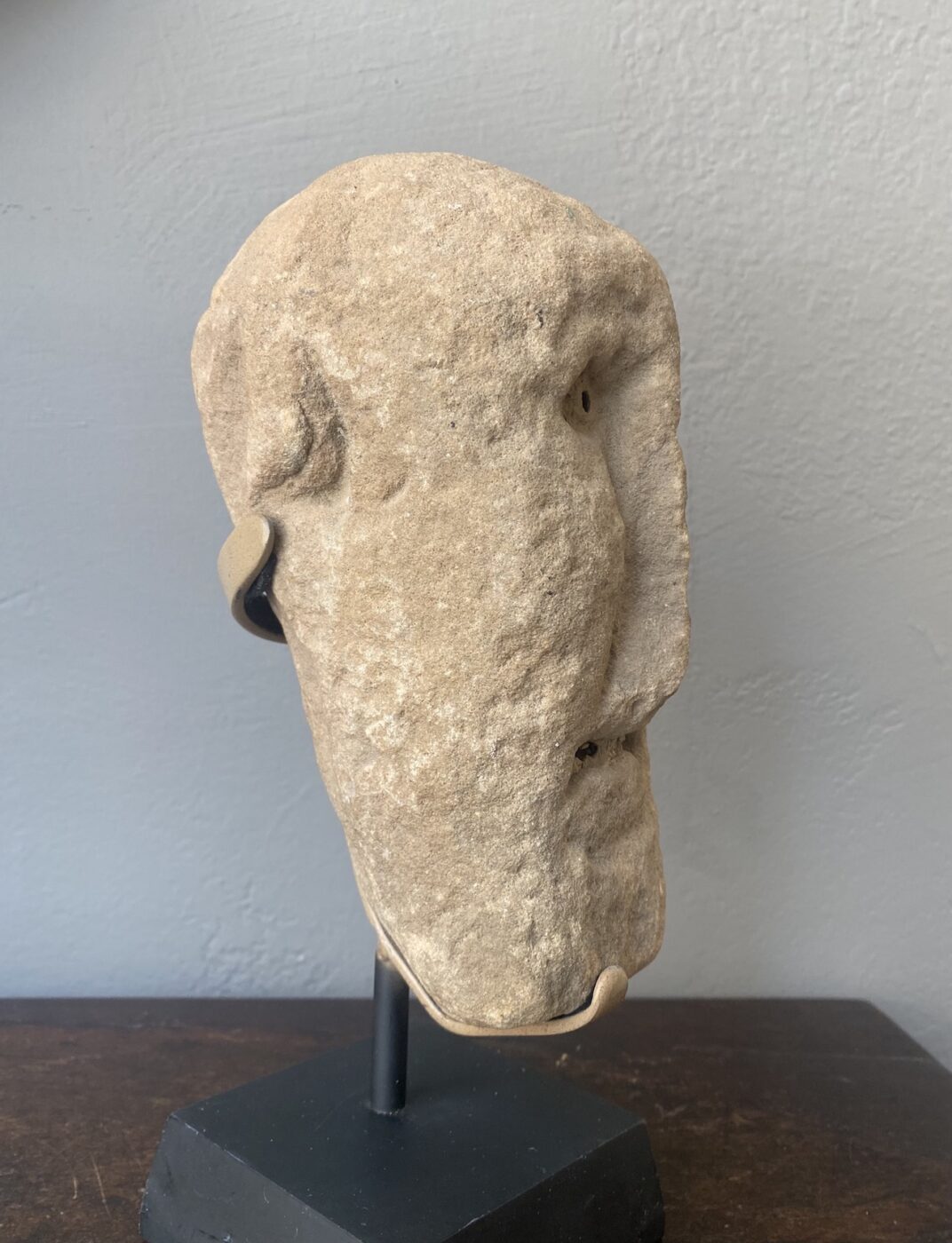 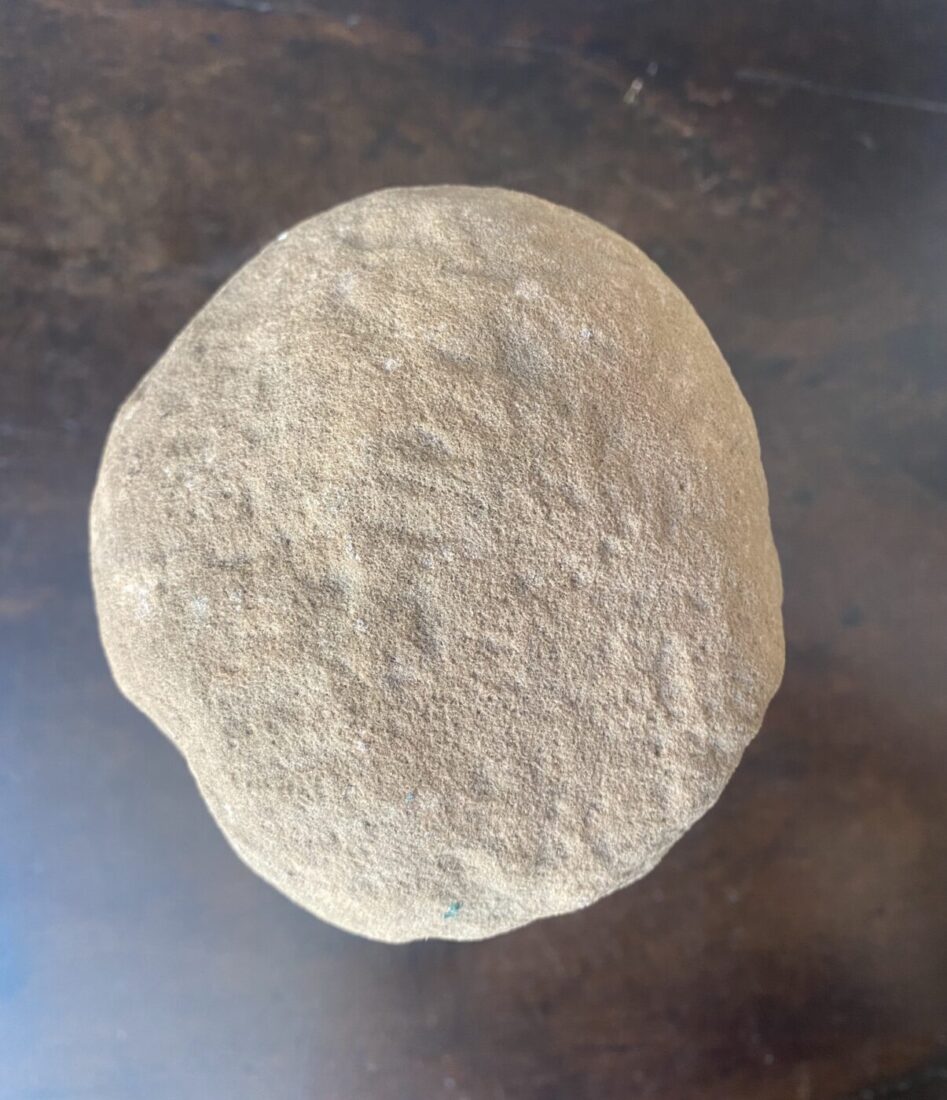 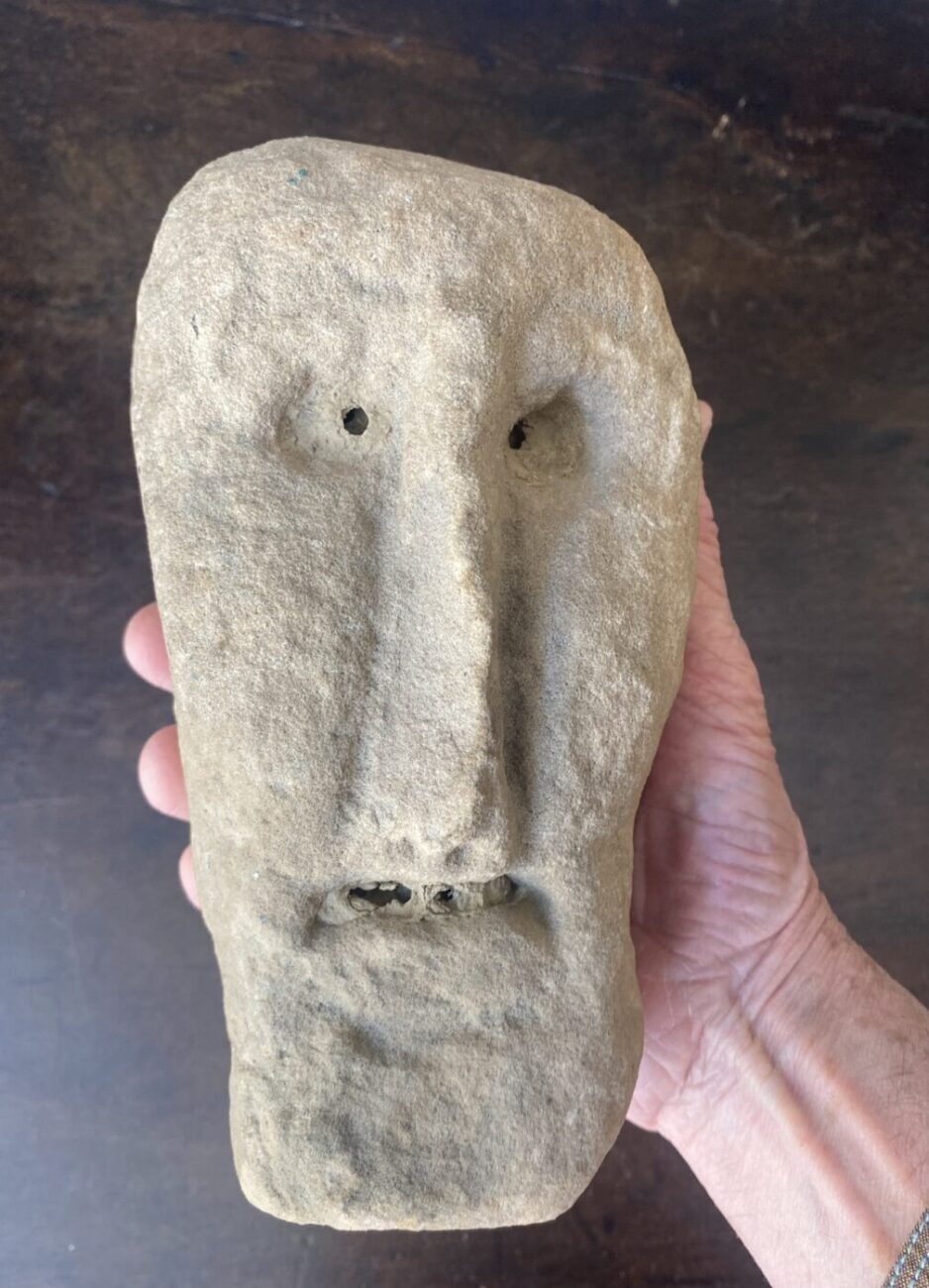 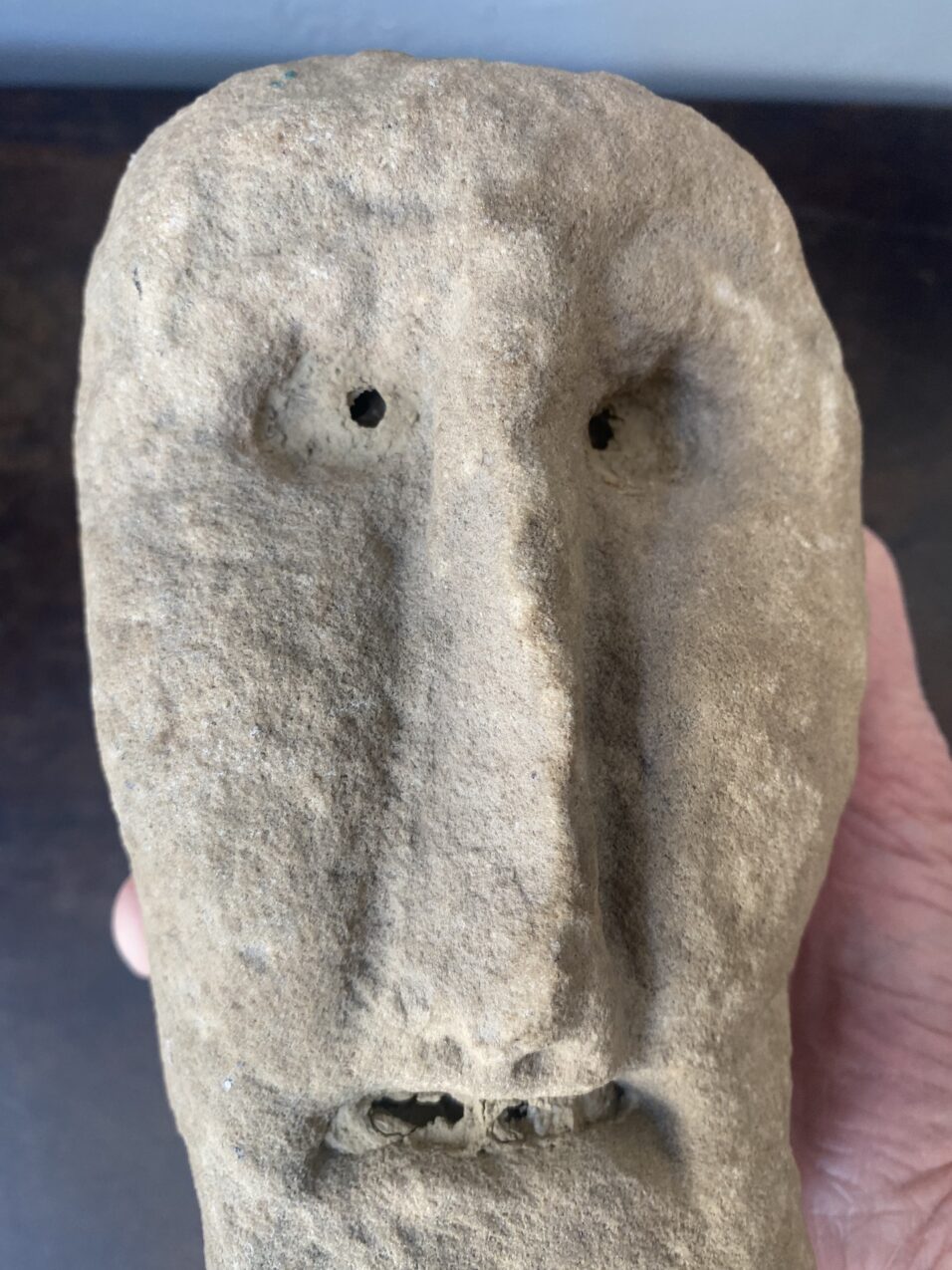