This bowl, which has shell tempered clay and measures 4″ tall and 9″ diameter, is considered to be a rare example of a piece of complete pottery from the Scott County Pueblo, El Cuartelejo, in Western Kansas.  While there are no papers documenting this bowl from these ruins, evidence is strong for this consideration due to the shell tempered clay and the Kiva bowl design characteristics.  Shell tempered clay is common amongst the Mississippian period pottery type.  The shell tempered clay was not used on Pueblo pottery, being a technique used further to the east in both pre-historic and early historic times. The four stepped motifs at the rim of this piece is a clear connection to the Pueblo pottery of and around the Rio Grande valley in what is now New Mexico.  If these assumptions are true, then this bowl would date from approximately 1664 to 1706. 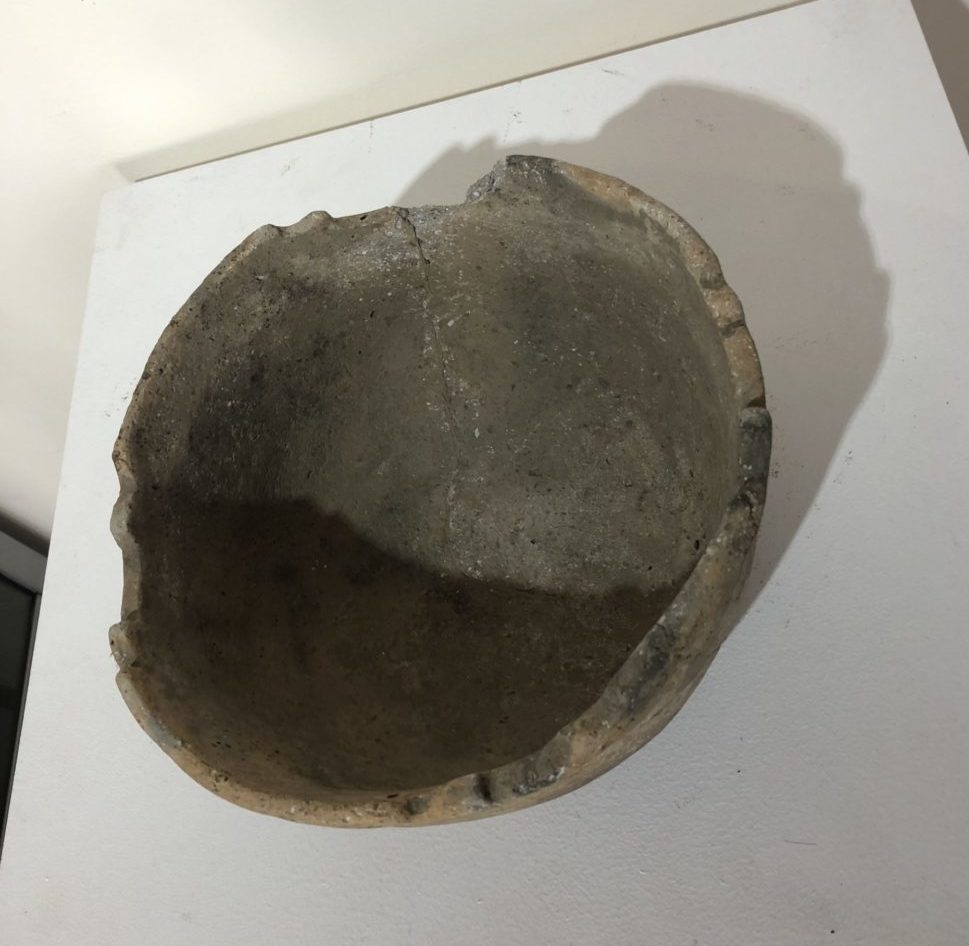 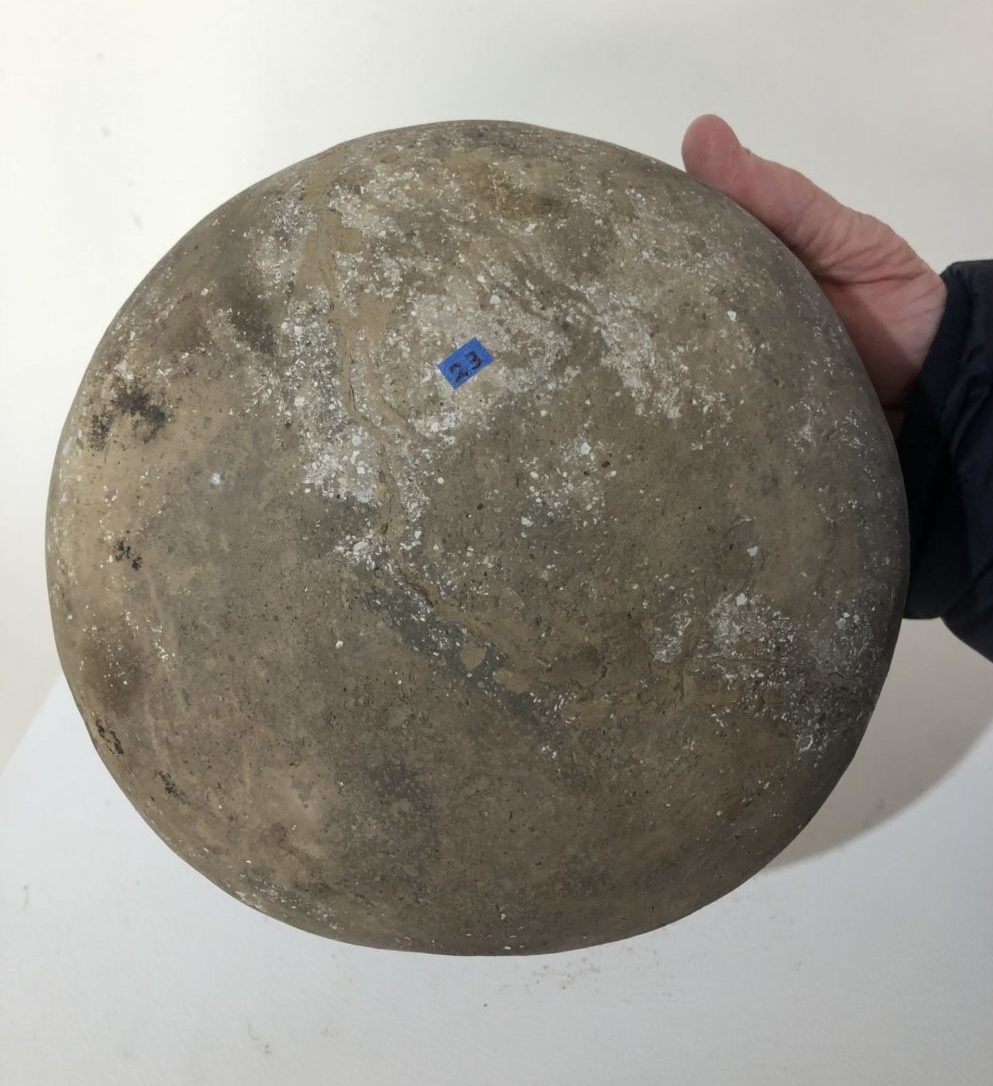 I enjoy thinking about the hands that made this bowl, and how it might have been used.  I love the four, terraced sides and the implications that went along with that design.  I consider the hands that cupped the bowl, and what might have been inside.  Cornmeal? Water?  Something to be eaten or tossed out with the intent of healing or change to a better place? I don’t believe that this was for everyday use, but instead for ceremony.  This bowl has eyes and ears and it’s a living entity still emanating its charm.

El Cuartelejo ruins (also spelled El Quartelejo) are the only Pueblo ruins found in Kansas and is the most northern Pueblo discovered. It is thought that a group of Taos and Picuris people left their home villages due to the Spanish invasion and created a new home at El Cuartelejo.  This is a very small Pueblo, but it has been excavated and is now part of a sight that one can visit. For more information, follow this link presented by the Kansas Historical Society, El Cuarelejo.

These four-terraced motifs found on this bowl may well be representations of rain clouds from the four cardinal directions. For a more detailed reading on this type of pottery form, go to the following link provided by First People Pots, a Native American collection.  This four terraced rim treatment became a popular design element in Pueblo pottery, particularly in the later 19th and 20th centuries with the development of selling pottery for the tourist trade. This example would be one of the earlier examples of this design well prior to its use as a more decorative element.

This specific bowl was found broken into four parts and restored to its present form. The middle photo in this post shows the bowl in profile and you can see a star shaped pigment  reaching both down to the bottom, and up towards the rim.  This area is the only area of infill created by the restoration.  I encourage you to come into my gallery if you would like to see this specimen in person.