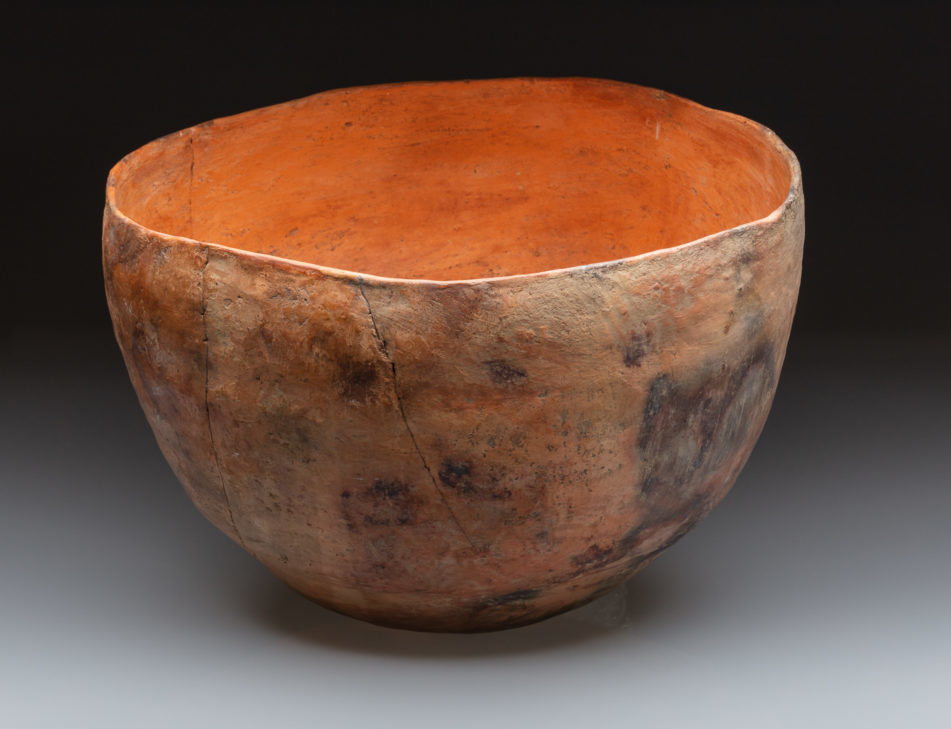 This large bowl measures 11″ deep and a diameter of 17″.  While I am not an expert on pre-historic or early historic Southwest pottery, I was informed that this was Gobernador based on it being from the collection of Dwight Lanmon, who is an expert in the field of Southwest Pottery.  What exactly does Gobernador mean?  For a detailed look, try this link Gobernador that goes to the Office of Archaeology Studies for New Mexico written by Dean Wilson.

In brief, Gobernador refers to a period between 1620 and 1760 when the Navajo took in other Pueblo members to protect them from the Spanish after the revolt. There was a mix of people in these remote lands including Hopi, Zuni and other Pueblo tribes, locating themselves up in the mountains in the upper San Juan regions.

This specific bowl is not polychrome, as it has only one color,  that being an earthy orange not at all unlike Hopi pottery.   To my eye, it appears that the Gobernador style is a mix of Pueblo and Navajo pottery styles.

Here is an additional photo from a different side of this large bowl.  Notice the firing clouds all over the surface.  The interior of the bowl has no fire clouds and seems to create its own light from the brightness of the color and the smoother more reflective surface.

The two photos below come from the website for NM Archaeology and are both a part of the MIAC Collections. These photographs are both by Daisy Levine.   Notice the similarity in the slip color and finish, the fire clouds and the simple rudimentary forms. 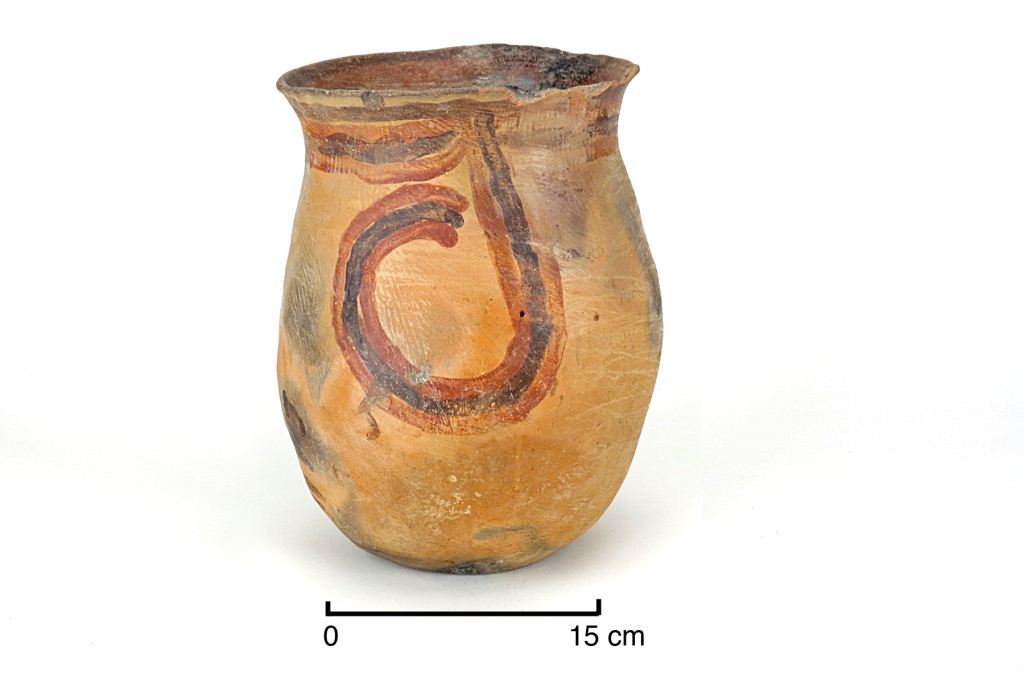 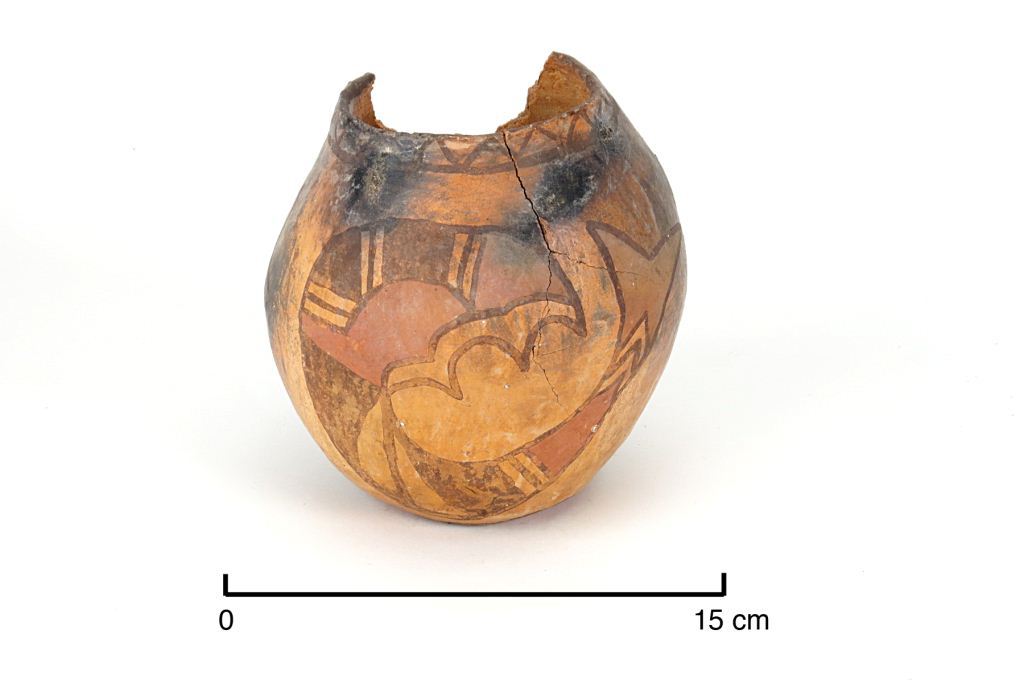 The bowl, which can be seen at my gallery, has one large section broken and glued back on.  There are a few other cracks, but only one piece broke away completely.  As stated earlier, this bowl came from the collection of Dwight Lanmon, co-author of many books on the pottery of the Southwest.