7 Pueblo Sticks with Birds and Butterfly

Description: These amazing 7 sticks have the animals continuously carved as a part of the stick.  It is possible that the reference for these would be the sticks that played on the rasps, those wooden heavier sticks with notches in them to make a rattle noise when a small stick rubs over it.

These were purchased during the first quarter of the 20th C. at the local railroad stop close to the Ohkay Owingeh Pueblo being sold by Natives as souvenirs for tourists coming off the railroad.  These were likely all made by the same hand and either purchased over time or as a whole group.  The largest bird in the group is the ivory billed woodpecker, a bird that is now considered extinct.  The other five birds all have distinctive characteristics suggesting that they are all true species, but I have yet to find out which birds they are. The single butterfly is exquisitely done.  It has two separately carved wings, and the outer portion on each side is done with great detail.

Each stick is colored differently in broad bands going towards the base. The large bands of color are all bordered with a black or dark blue bands, creating a distinct border multiple times down each stick.  The angles of the sticks, being this way and that, all contributes to a dynamic energy that carries through the whole piece.  It’s like a puppet show with a dance in progress, all frozen in time.

Condition:  A few of the birds have damage to them, bills, wings, but nothing too severe and the sticks themselves have not been broken anywhere.  Each stick is removable from the stand. 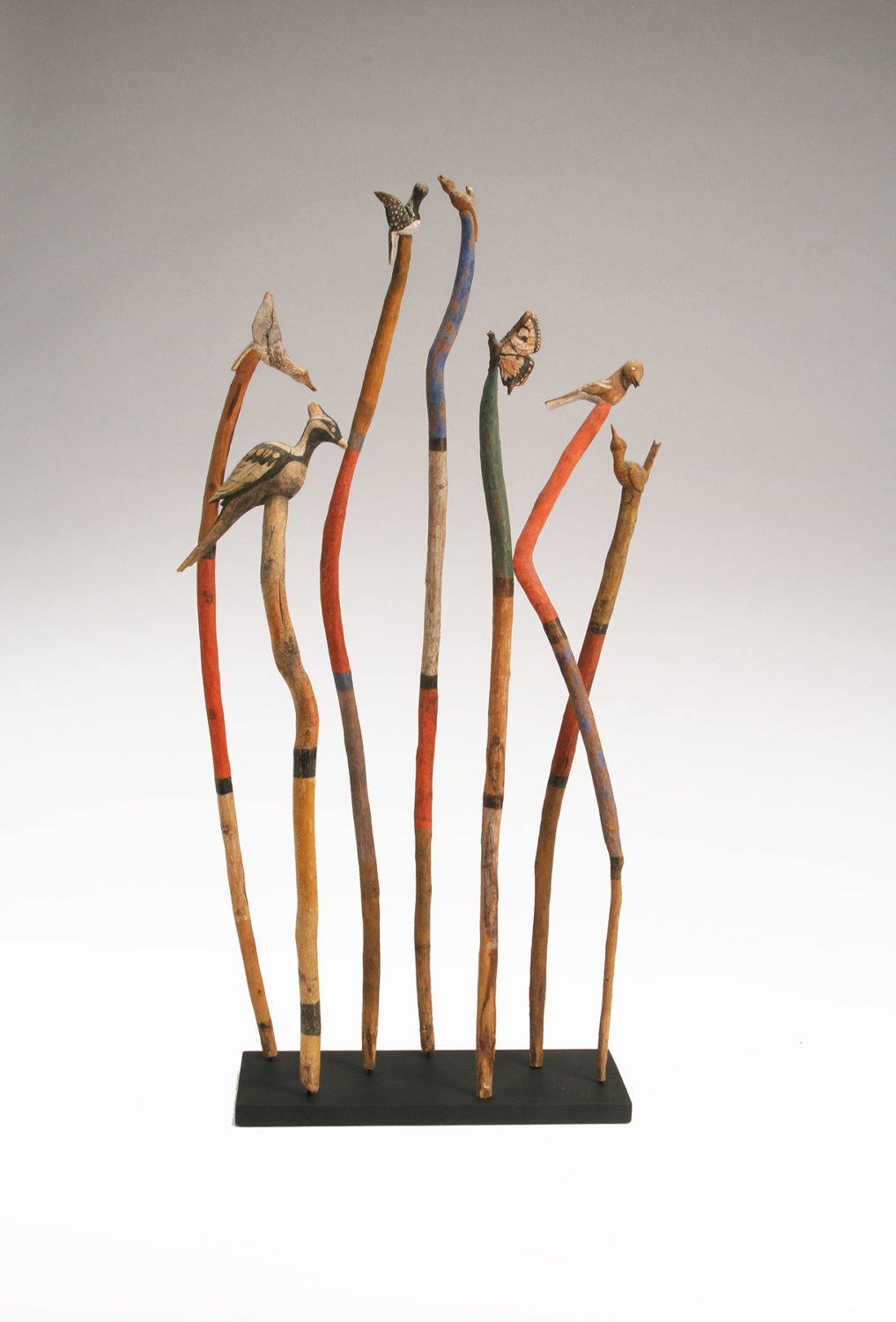 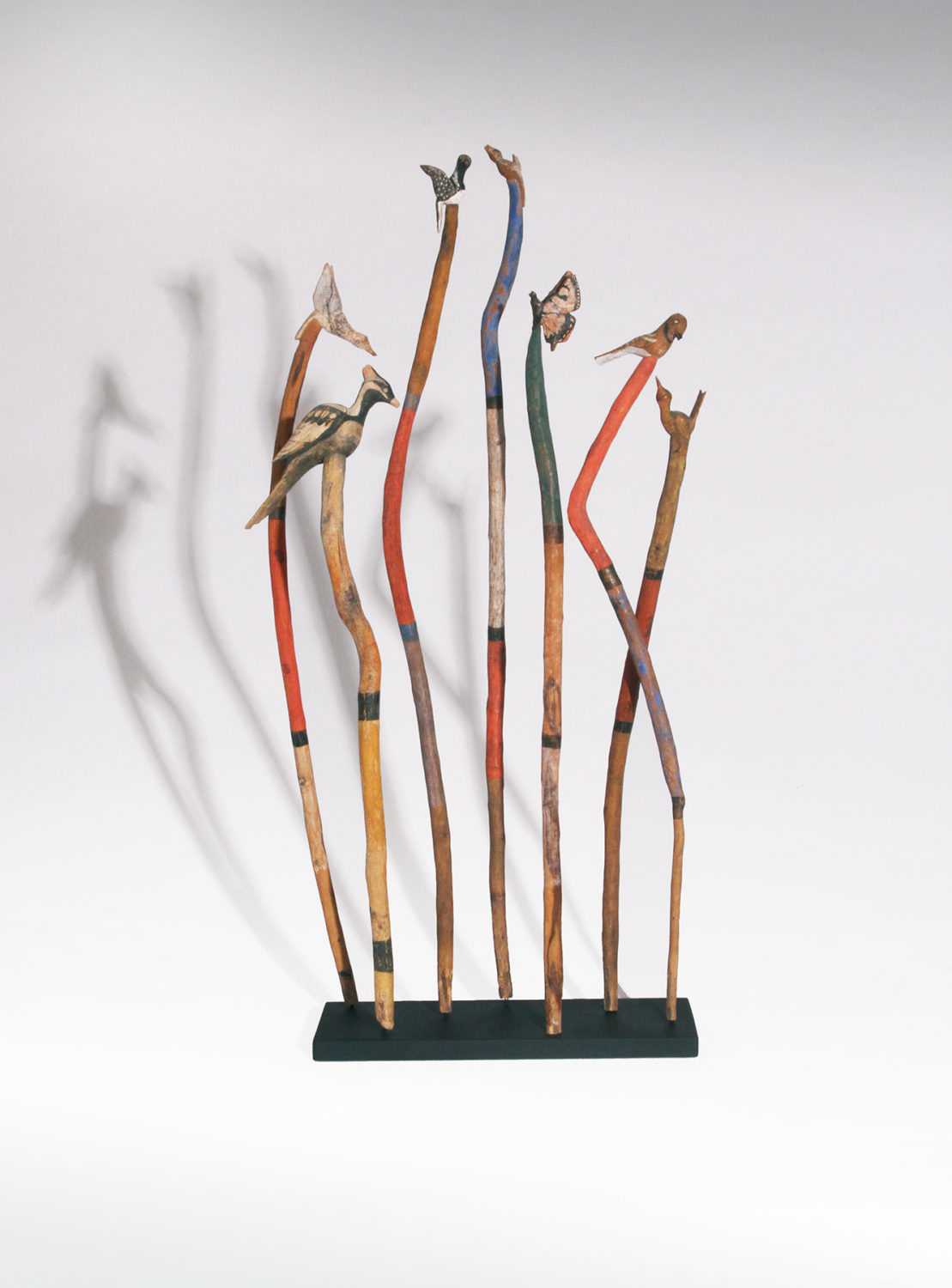 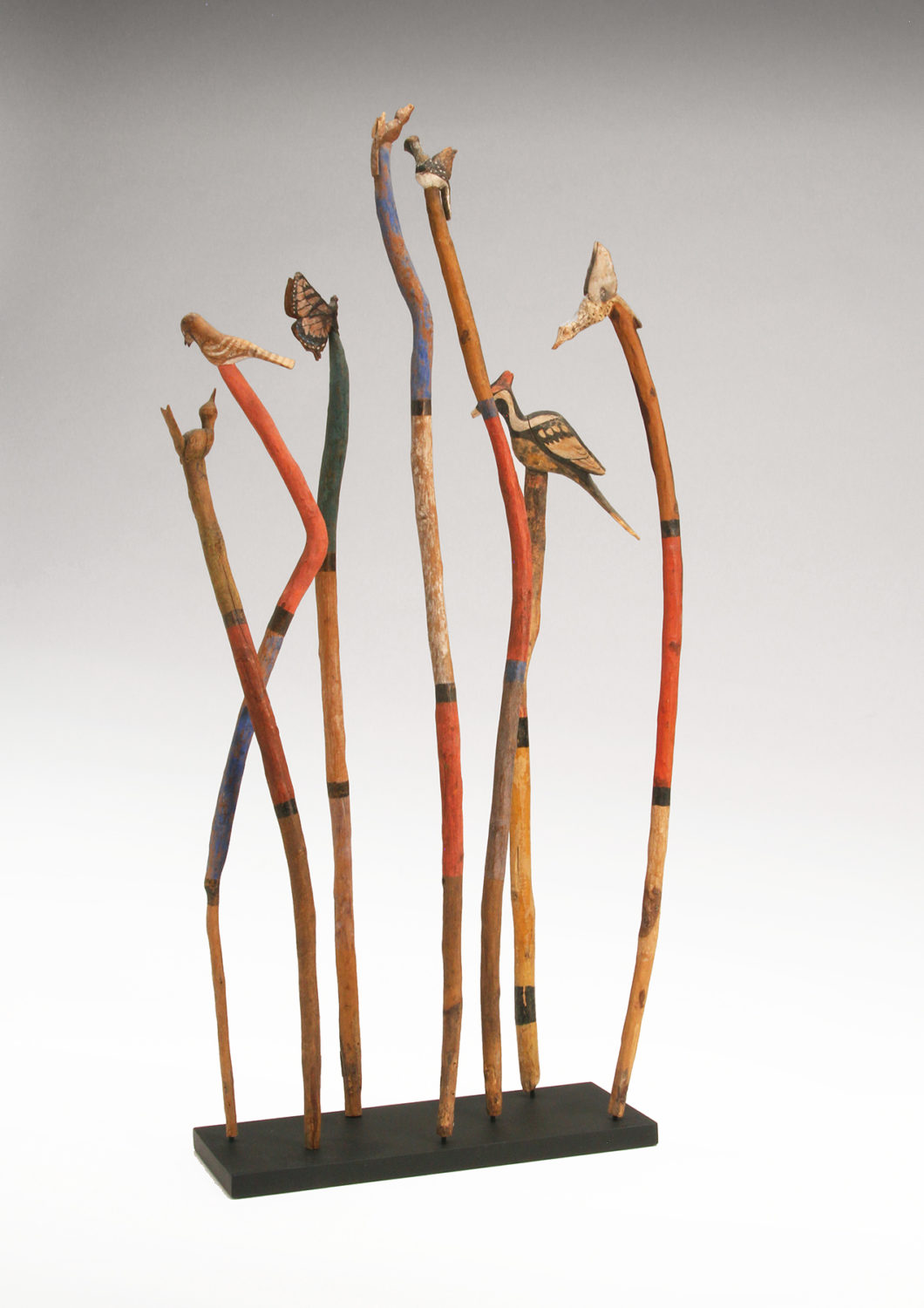 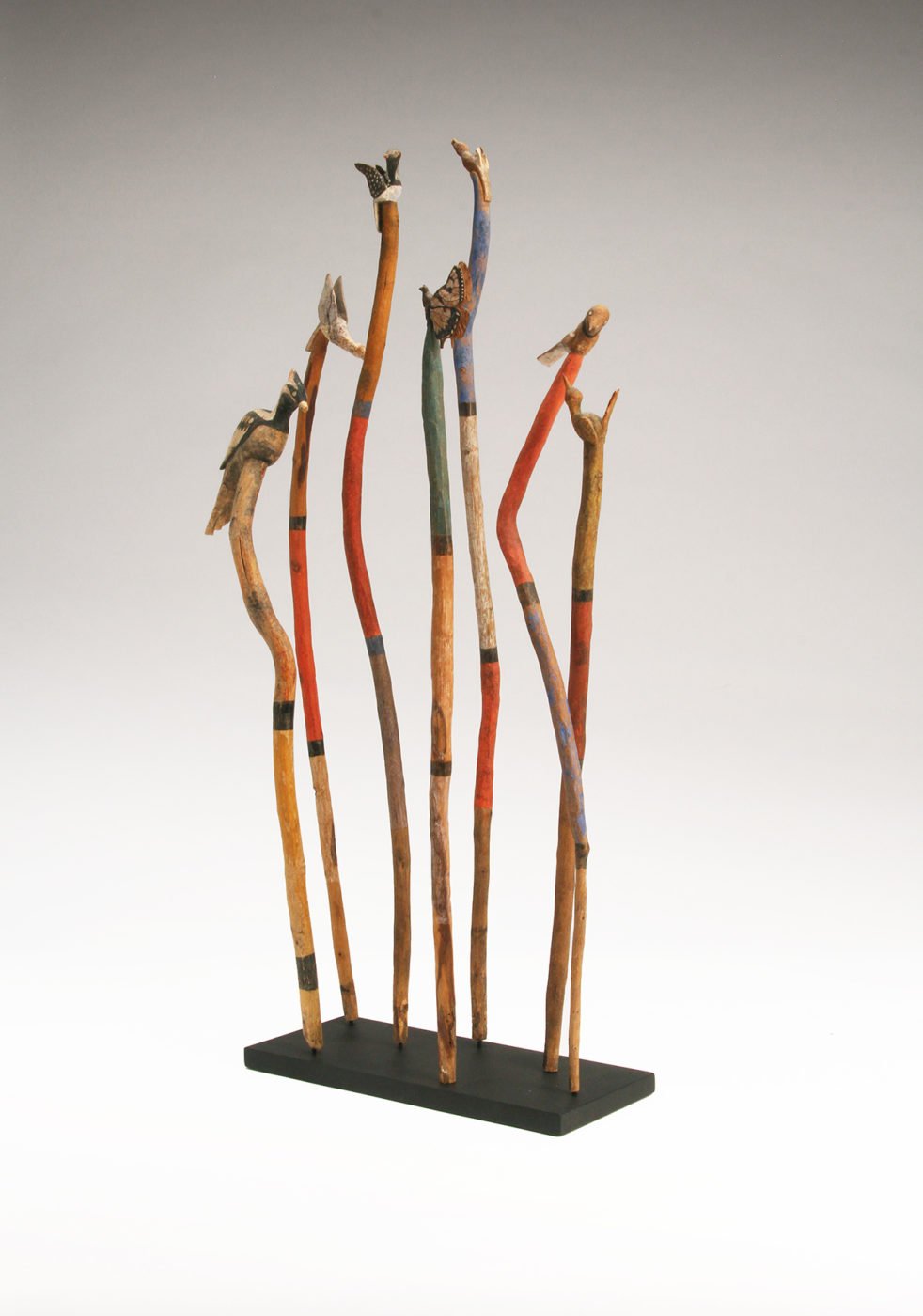 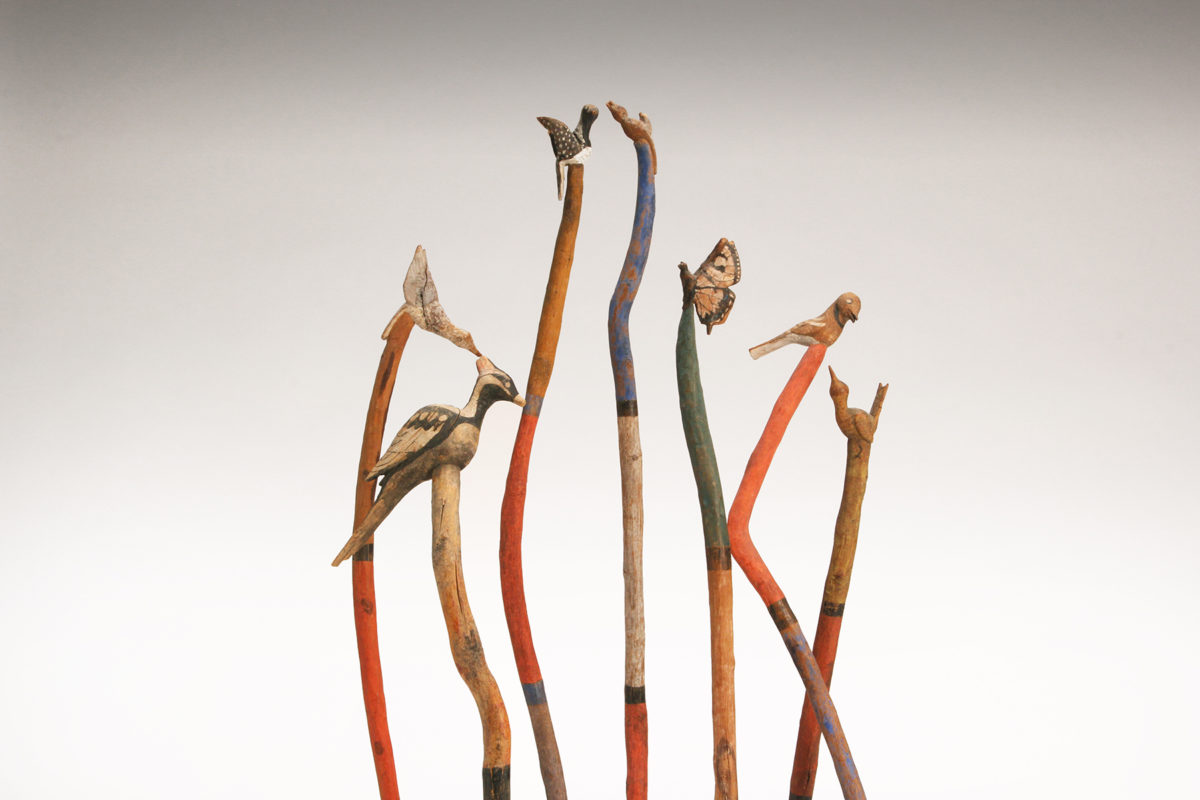 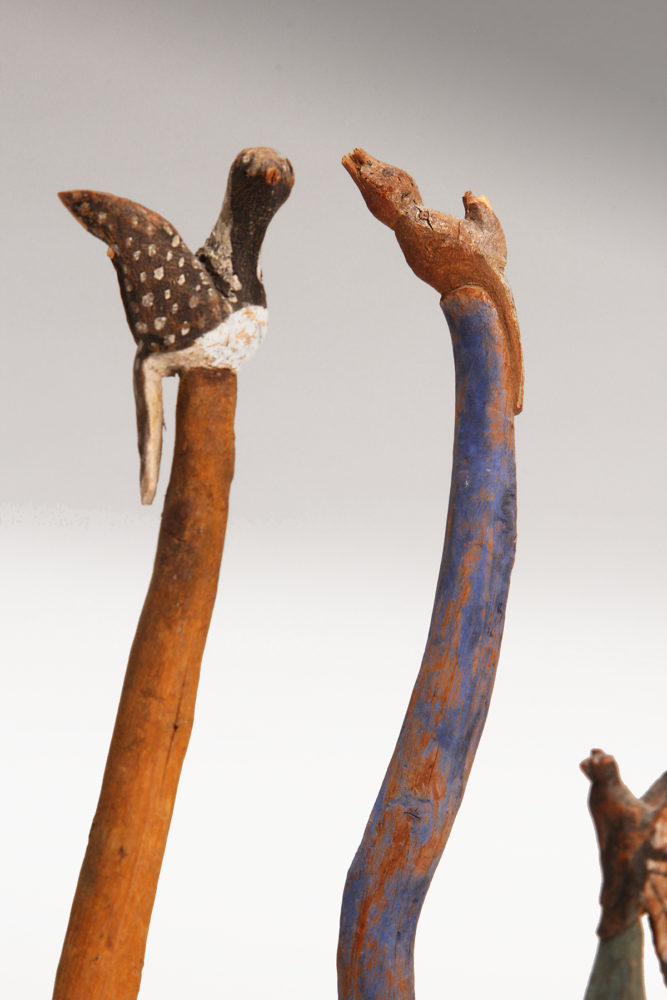 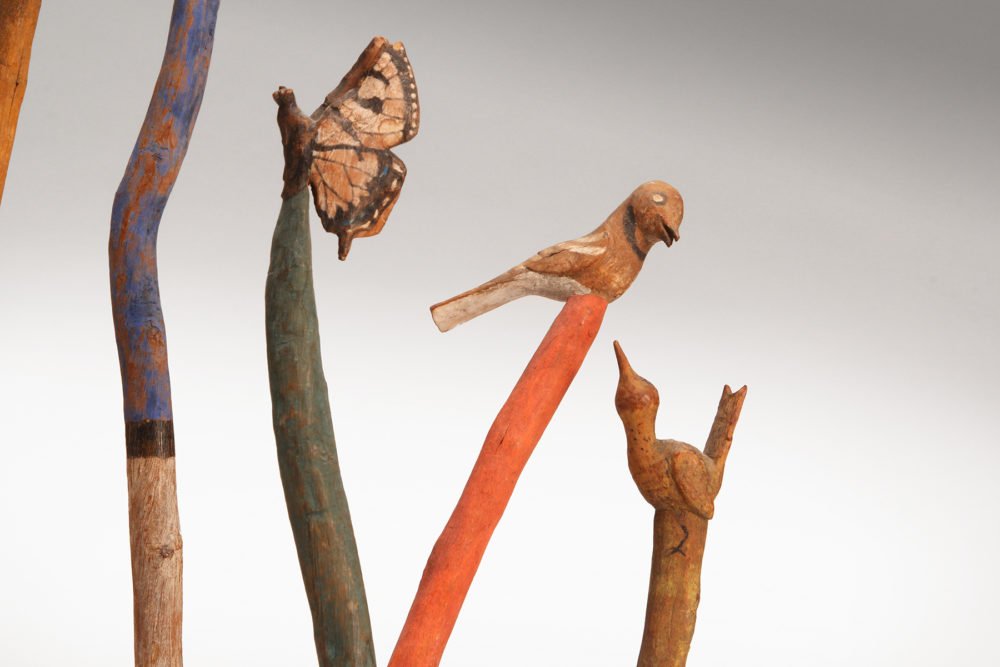 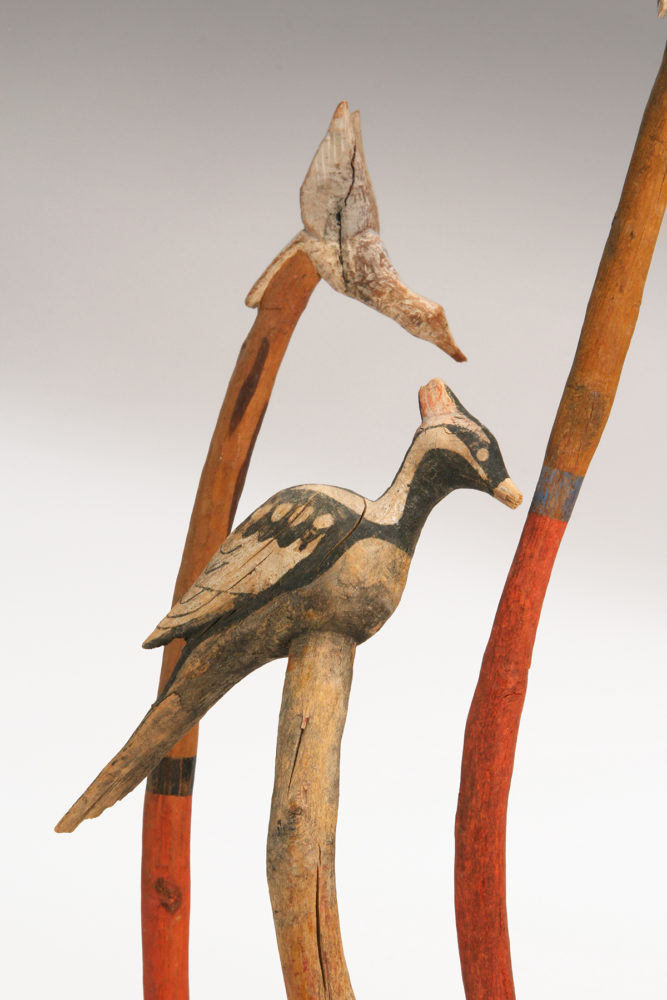