Description: This old retablo is beautiful with both its simplicity and its age.  The wear to the lower portion only emphasizes the delightful qualities found on the upper half.  San Antonio is perfectly placed in isolation just below the rosette and the curtain.  His simple face in a large, empty white space gives him much presence.

This large retablo shows San Antonio cradling Jesus in his arm.  Both has face and most of Jesus’ face are visible.  Considering how much of the original paint was lost, it’s fortuitous that both of these faces remain.  The halo around San Antonio is beautiful in its restrained simplicity.  A similar but even more delicate halo surrounds Jesus’ head.  Jesus is bundled in a red blanket.  San Antonio’s left had is in full view holding the palm frond, where as the right hand cradling Jesus is barely visible.  The whole display is wrapped with curtain like folds of light blue, red and dark blue.  These elements are stepped on the lower aspect, and they become a partial rosette at the top with each color being a single petal. The very bottom front portion of the board shows what might be remaining letters over the white background.  It’s possible there was an inscription or the board was signed. Whatever it was, it’s lost now with only a couple remnants.

The back shows much wear as well.  A stain or varnish was added to the back, most likely by Elmer Shupe, who would have done this sometime in the first half of the 20th century.

Condition:   Wear and age to the board is clear in the photos.  There was an old surface (vanish?) that was likely added by Elmer Shupe that has been removed.  The whole front was very dark and it was hard to discern the image.  In a way, as bad as the varnish was, it did protect the deeper and original layer from further wear. 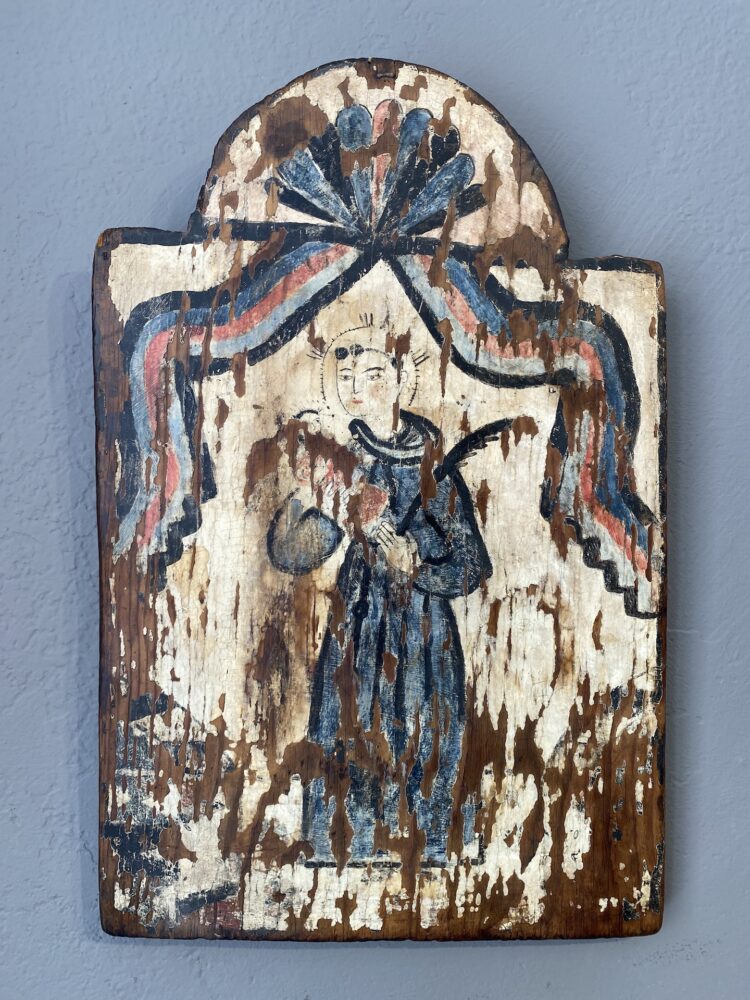 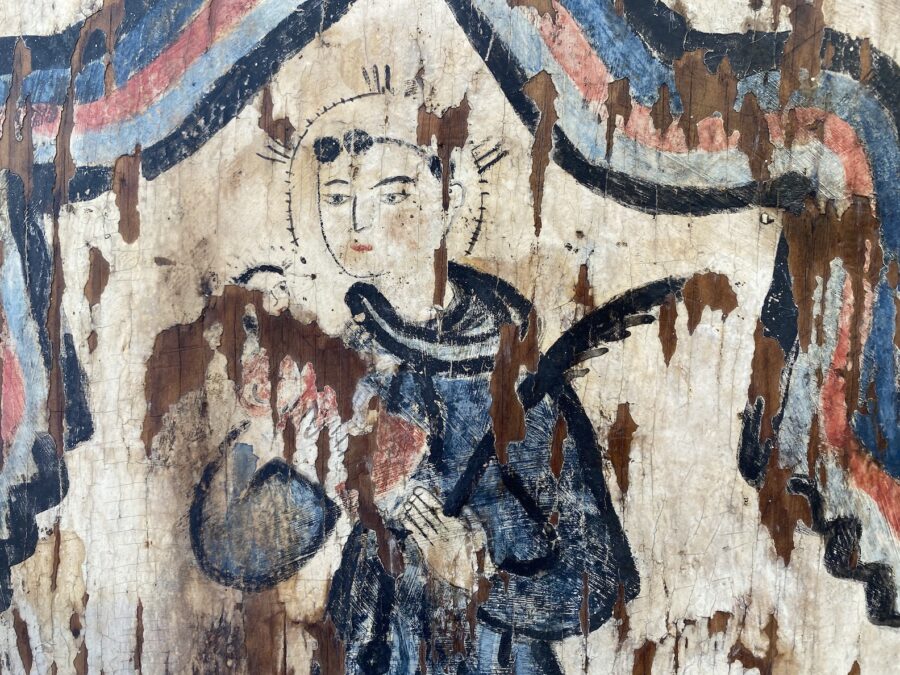 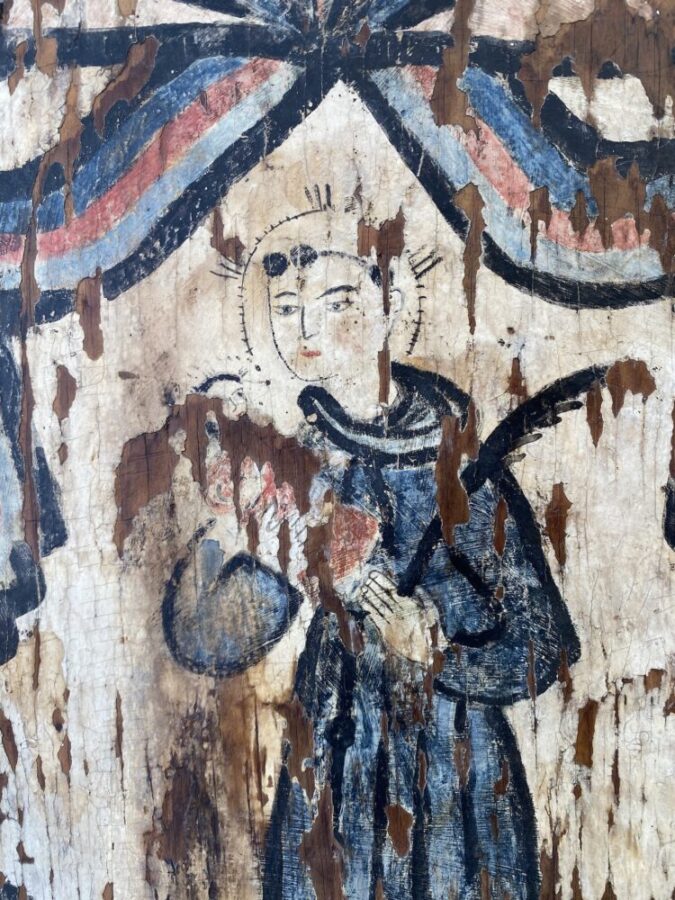 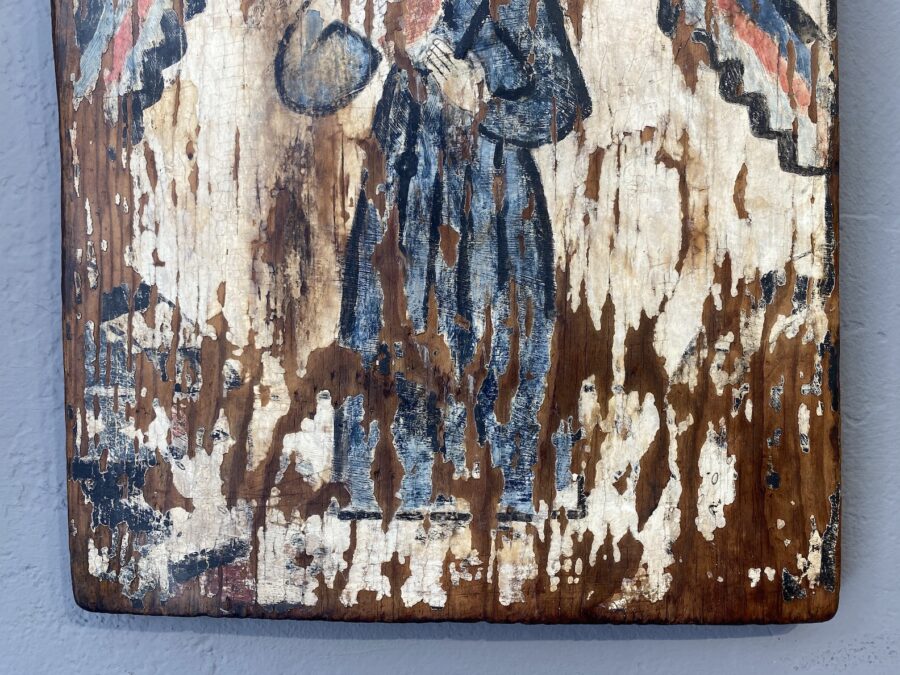 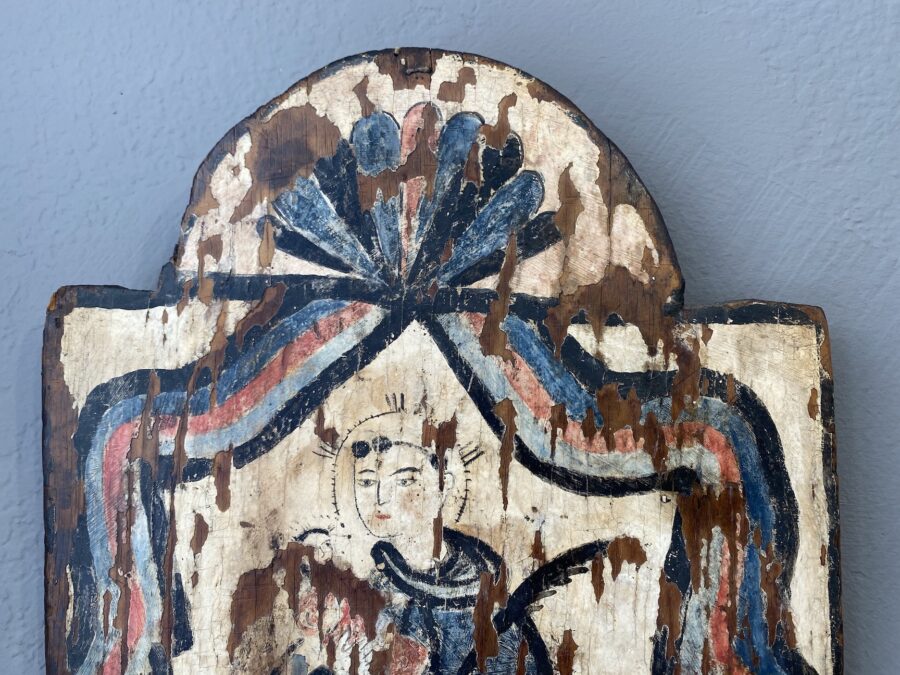 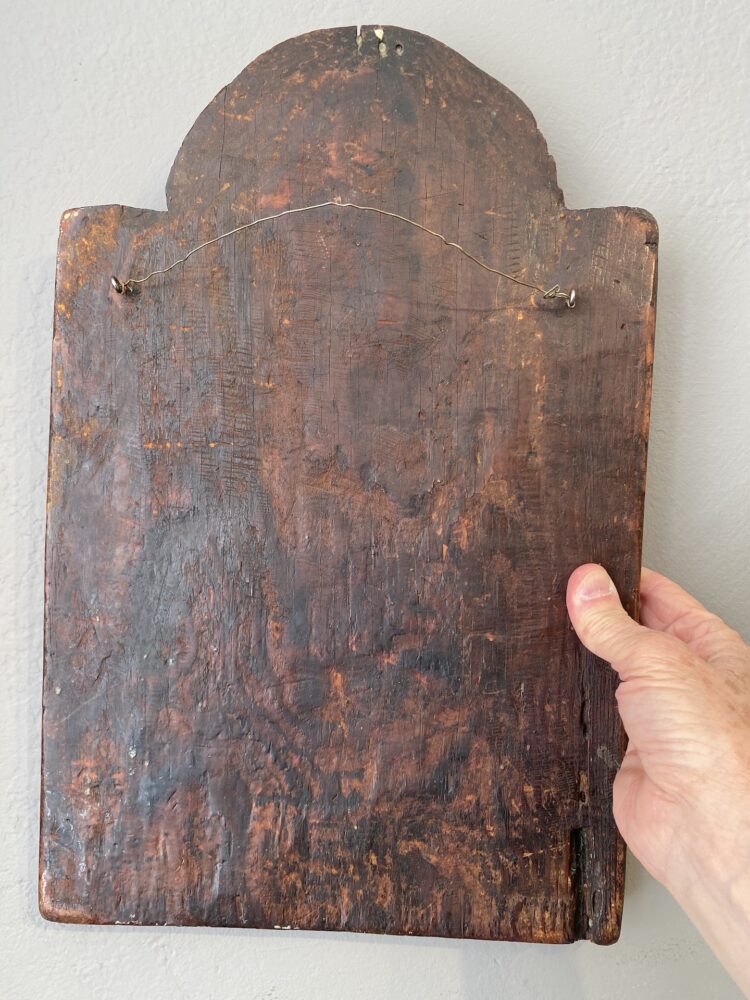 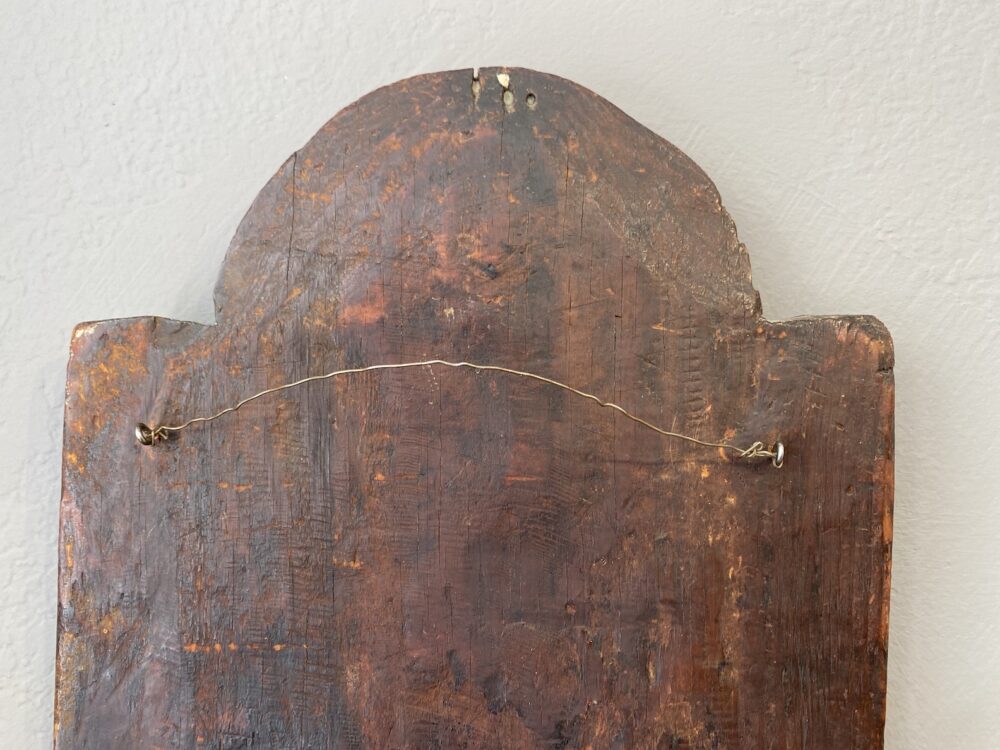 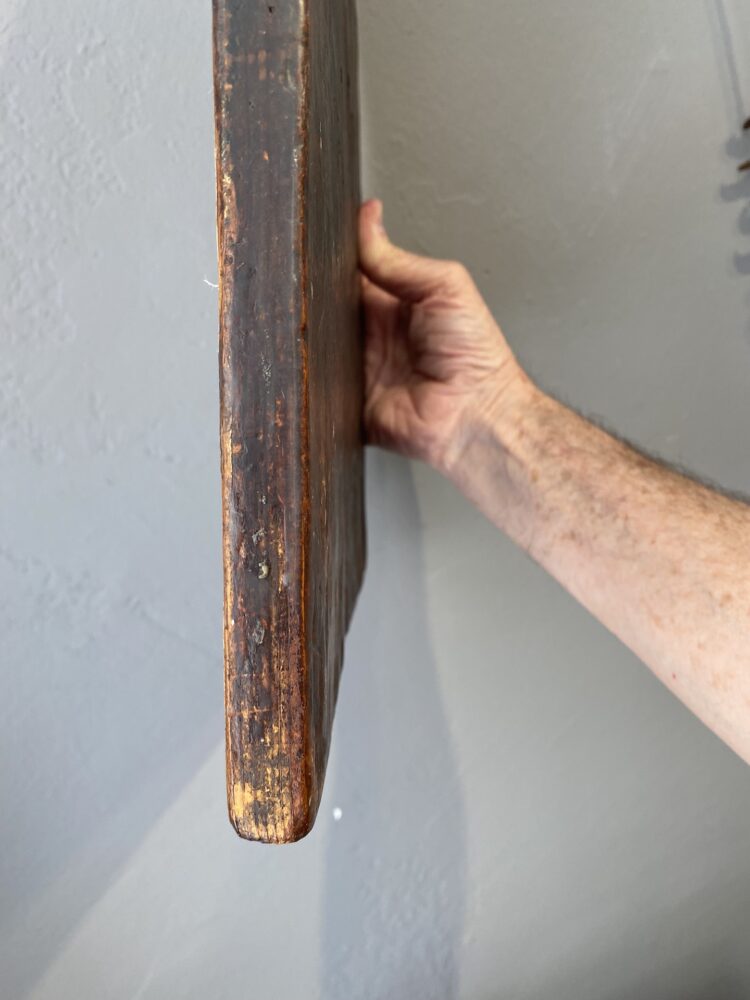