Description: This large an elegant retablo presents Saint John Nepomuk (Czech).  The retablo is beautifully and simply painted, with only the lips being red.  His elongated form accentuates the power of his presence.

According to legend, he refused to tell the wicked King Wenceslaus IV of what the queen had told him in her confession, so the king had him drowned in the river Moldare. Because he was drowned, he became the patron saint of irrigation, and because he refused to divulge information, he became the patron saint of Penitente secrecy. (L Frank 2001: 303). A candle burn can be seen at the bottom in the center.   The three undulating lines that come into his feet on both sides of him may represent the river that he drowned in.  It is in the simplicity and the well drawn, almost gestural quality in the line that makes this such a powerful retablo.

Condition:   Wear and age to the board with no restoration.  The board has a crack all the way through it on the left side that goes the length of it. It was secured with glue a long time ago. 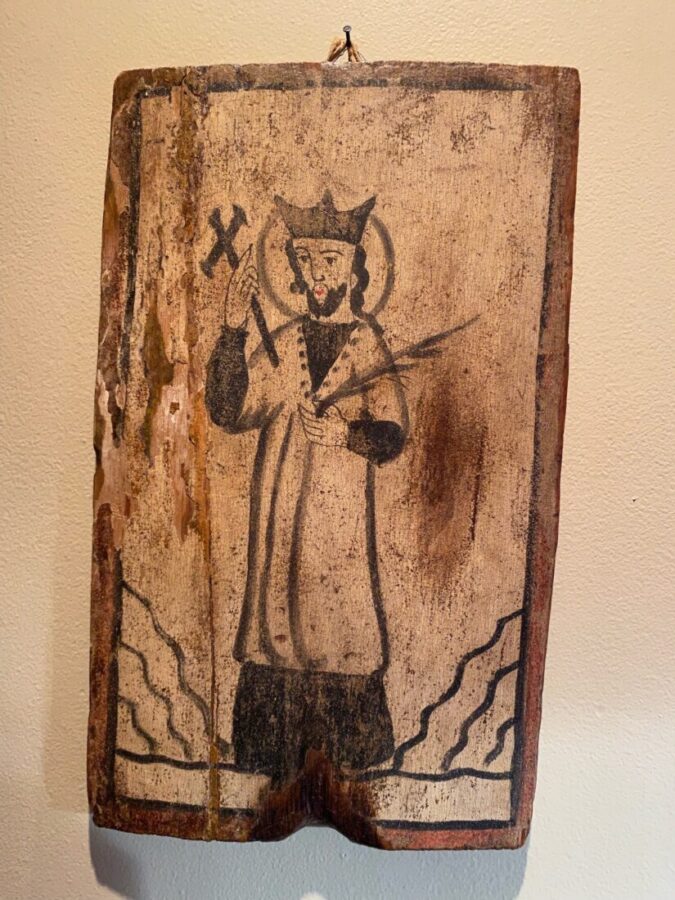 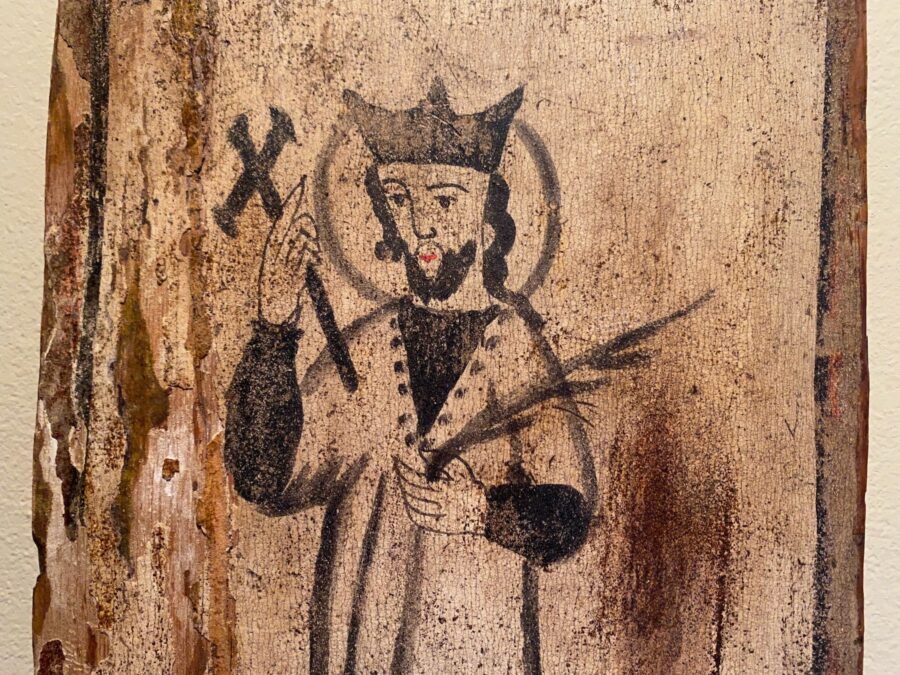 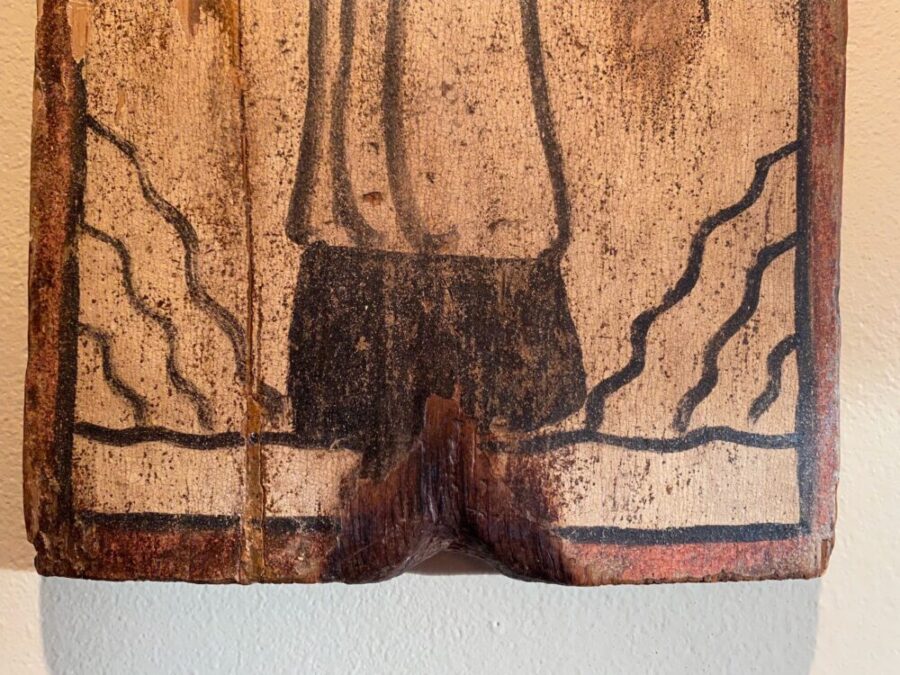 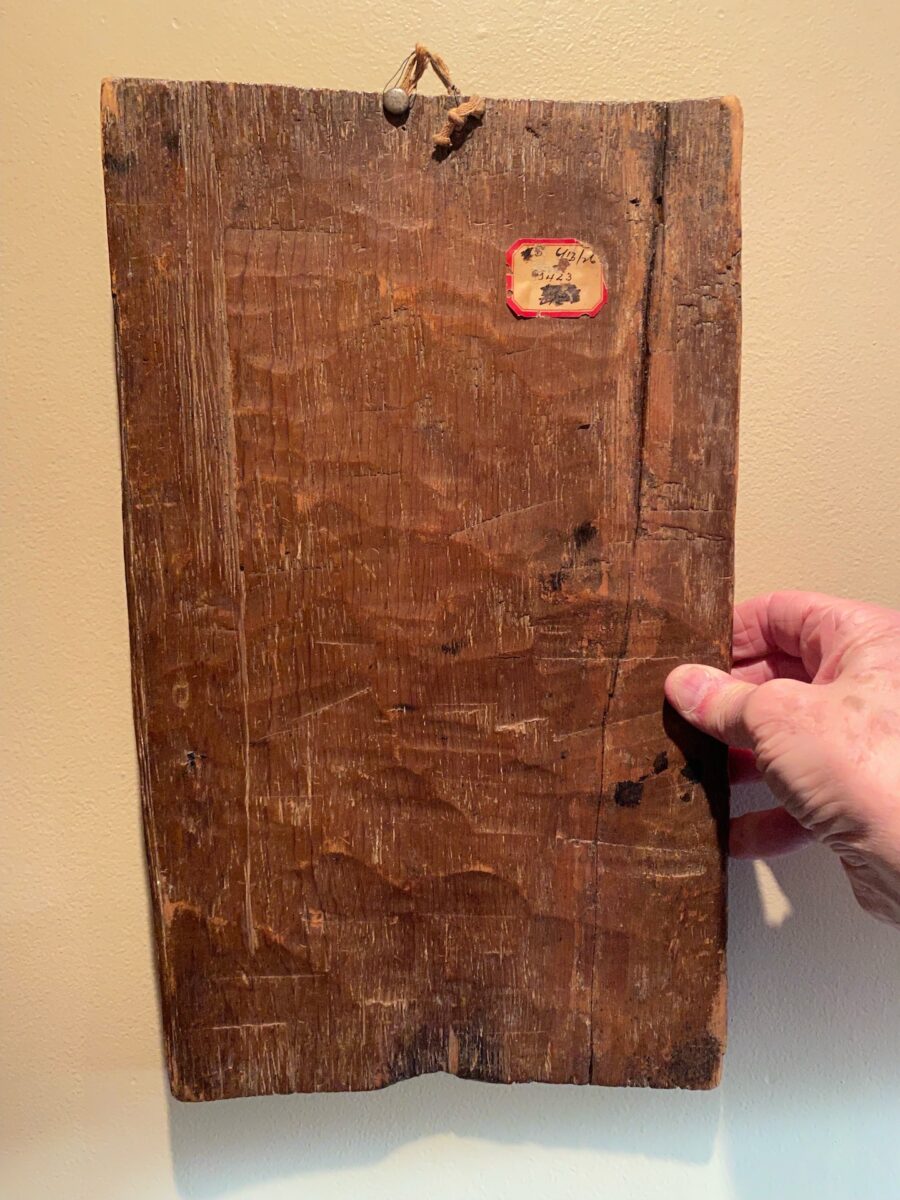 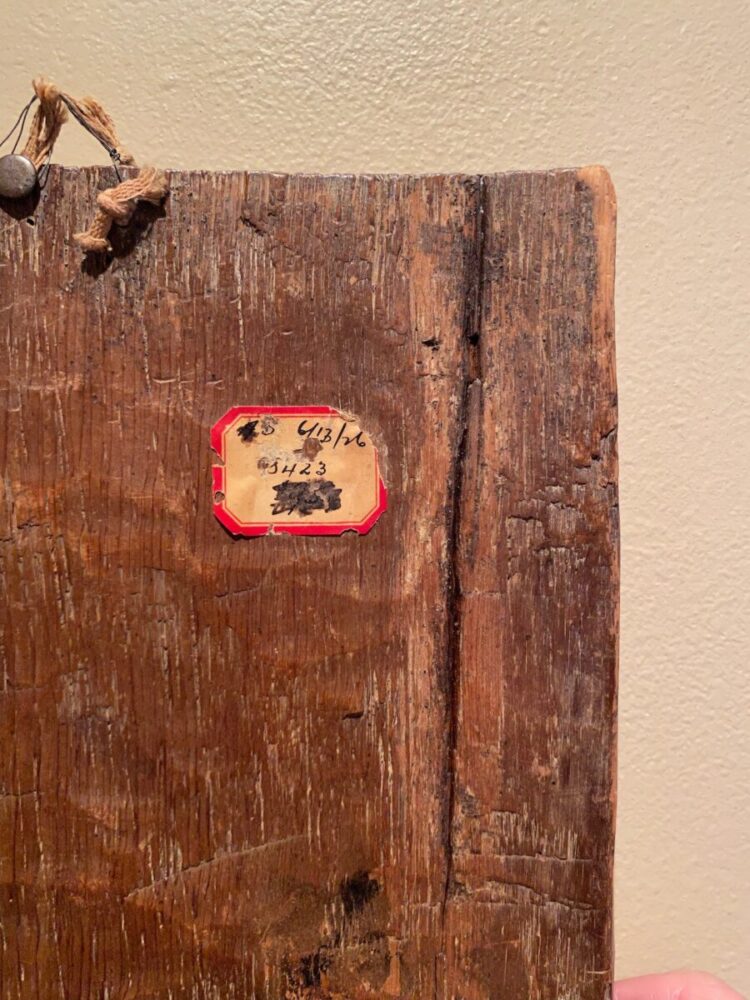 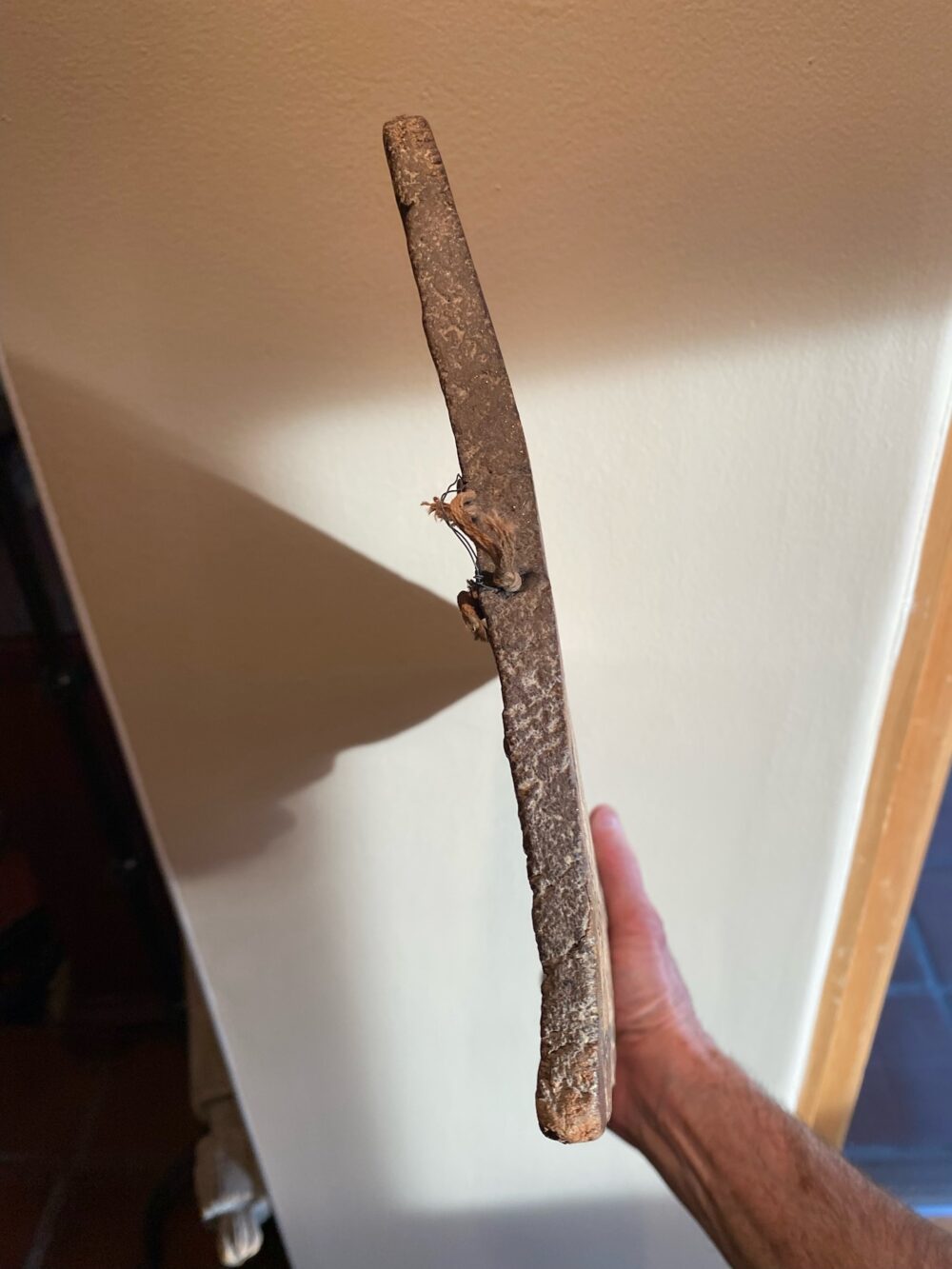