Description: This frog is made of a white stone (which appears to be like white jade) that is circled at the belly with sinew holding a turquoise arrowhead and a few small shell beads. A small feather and bear hair is under the arrowhead going forward over the frog’s head, obscuring it.  The hind legs are clearly visible.   The shape of the whole frog is best seen from the underbelly.  Pinon pitch has been used to cover the frog, but most of it has rubbed off over time. 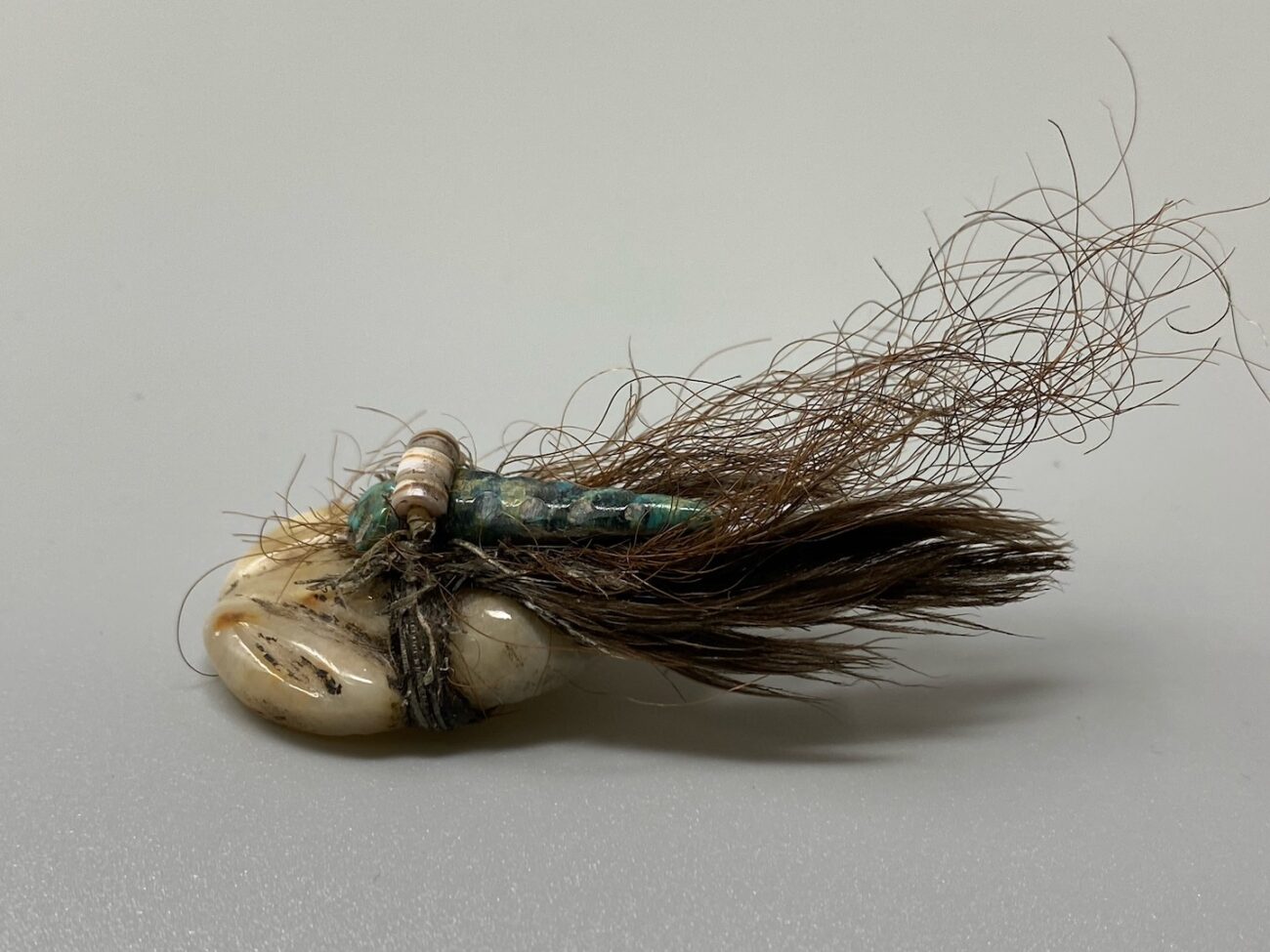 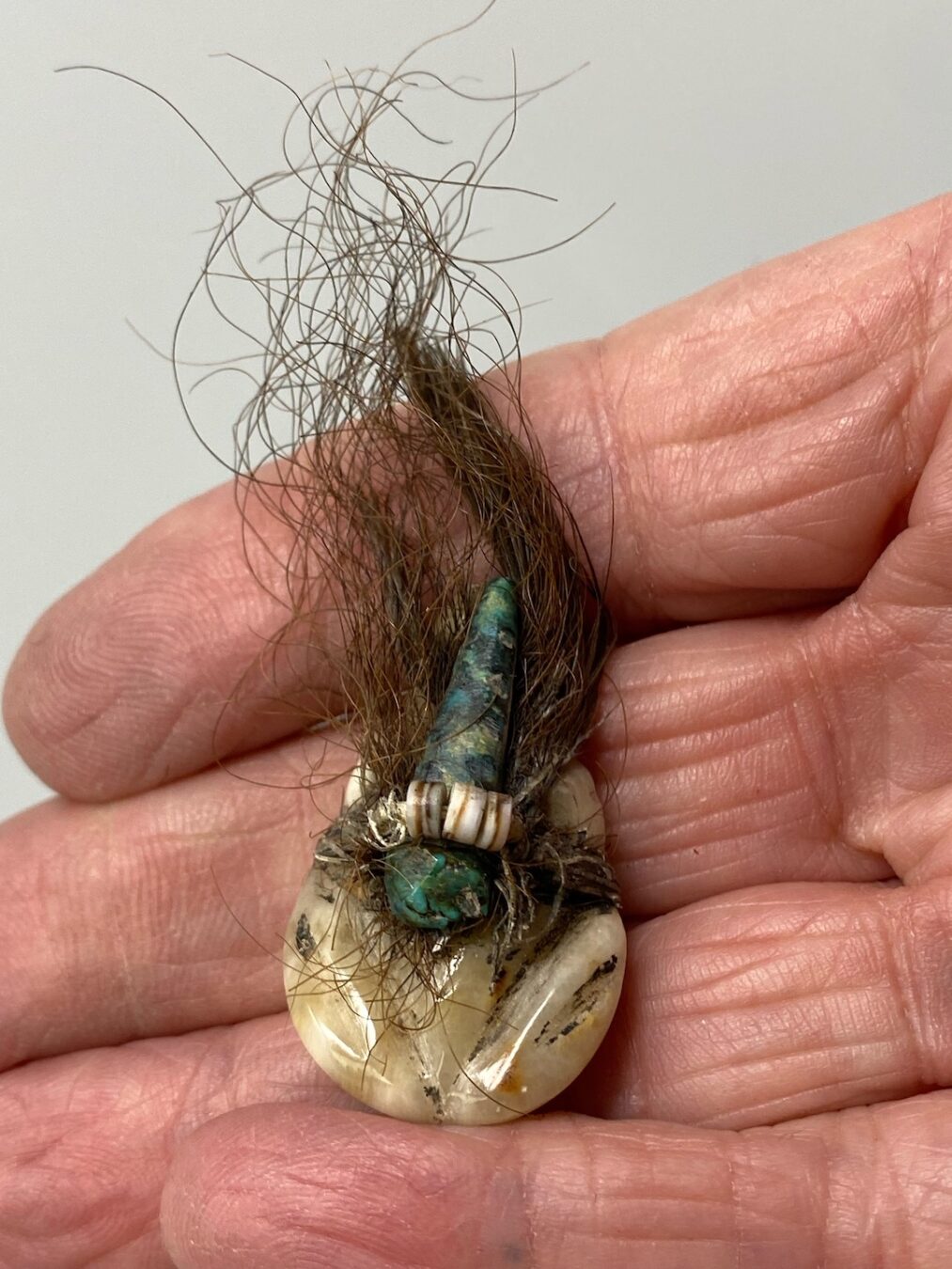