Description: This bear (?) is simply stated and carved of antler with sinew around the mid body holding a jet stone arrowhead. Its eyes are likely filled in with the same jet stone. This bear has a very pleasing sense about her, and is ever so sweet. The arrowhead is very well carved, very much a signature of Teddy’s work. 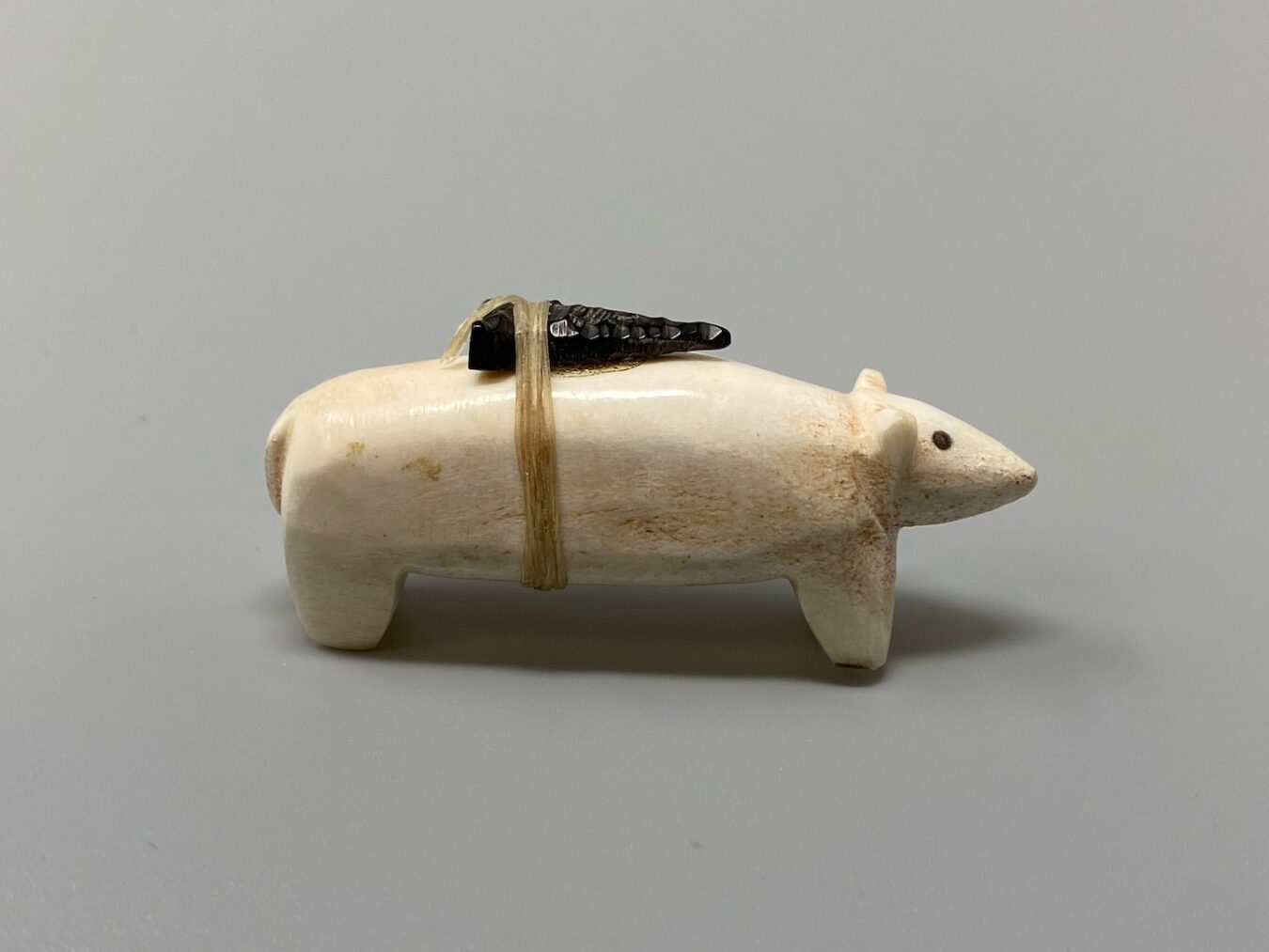 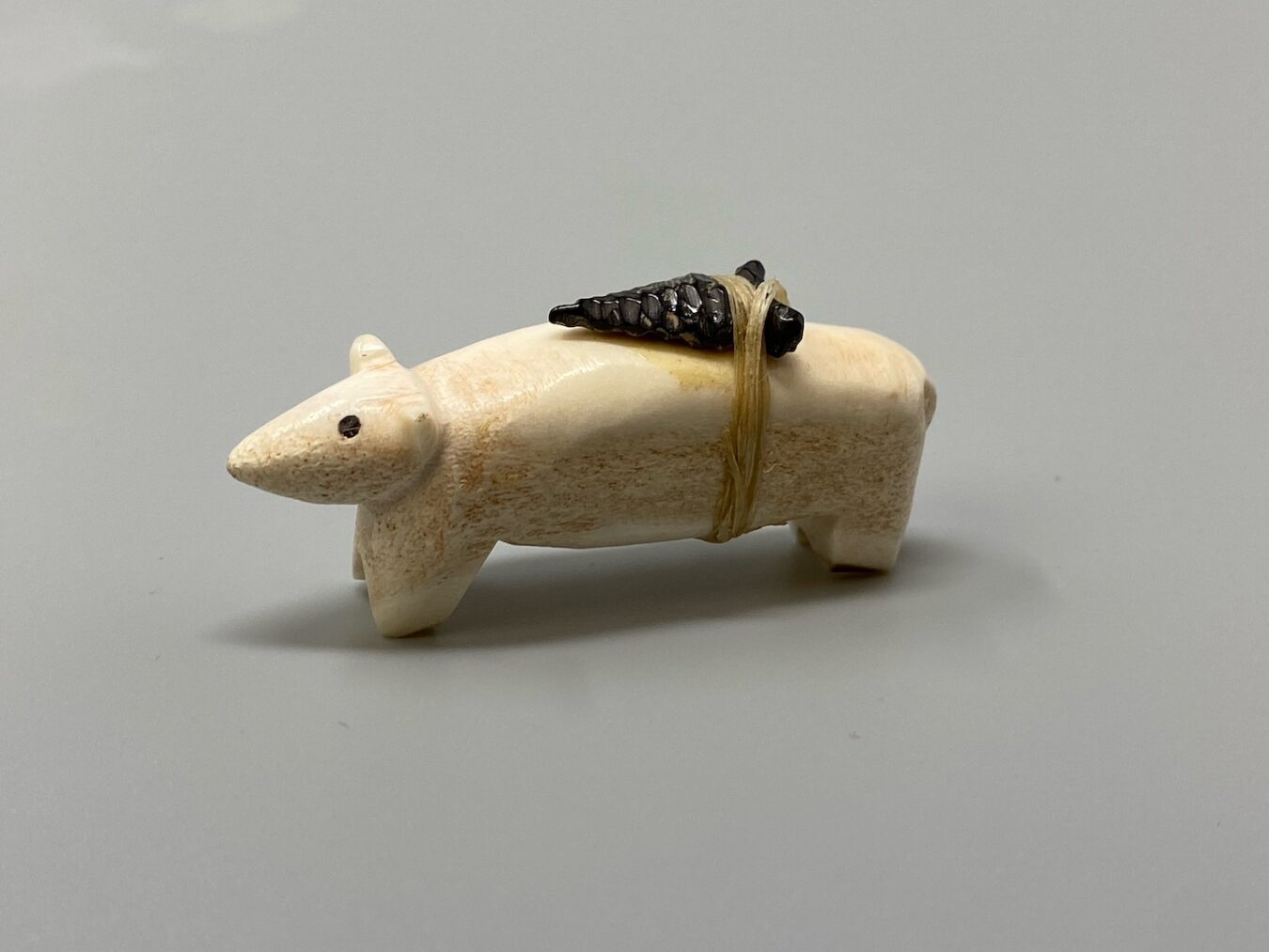 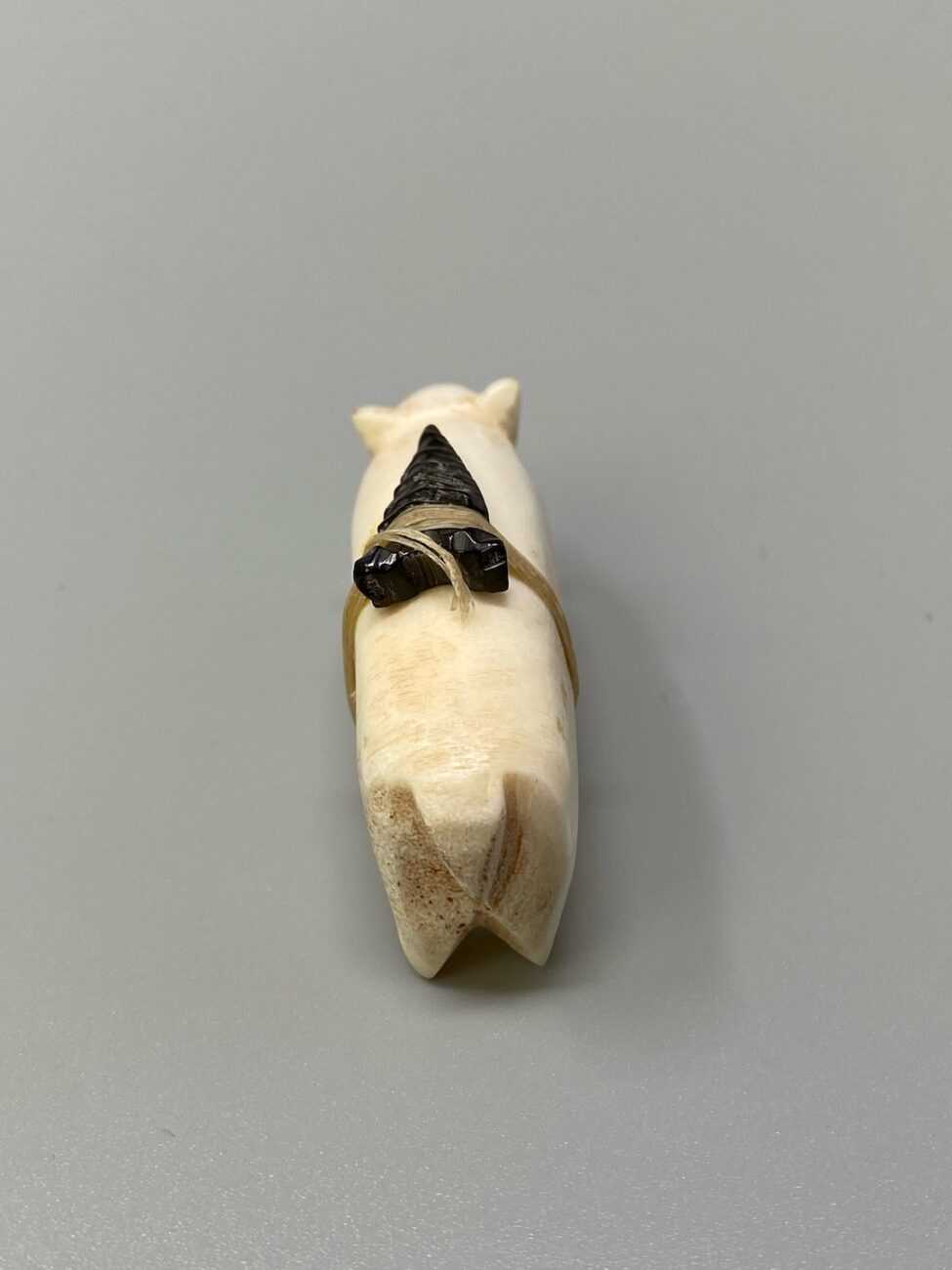 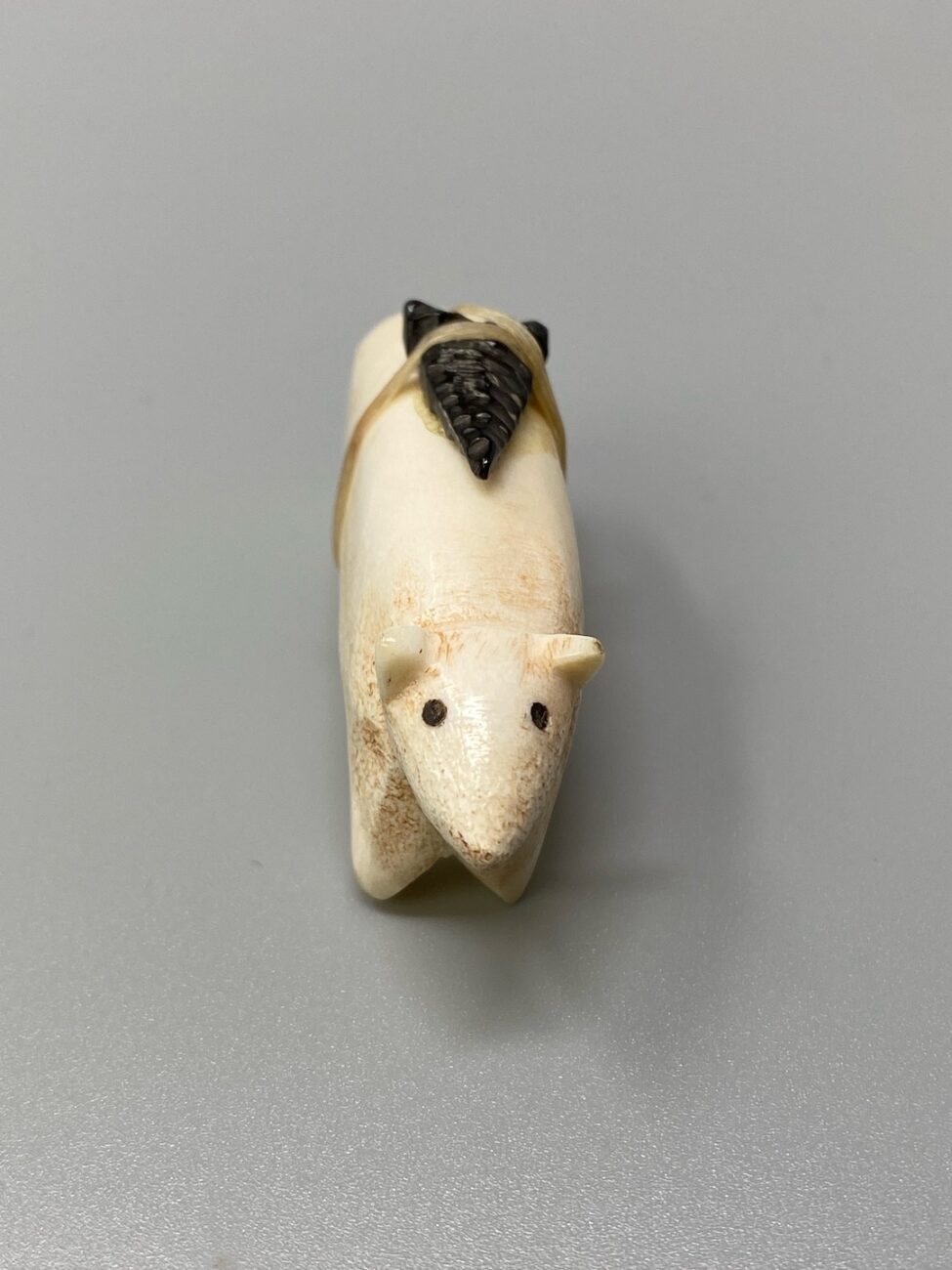 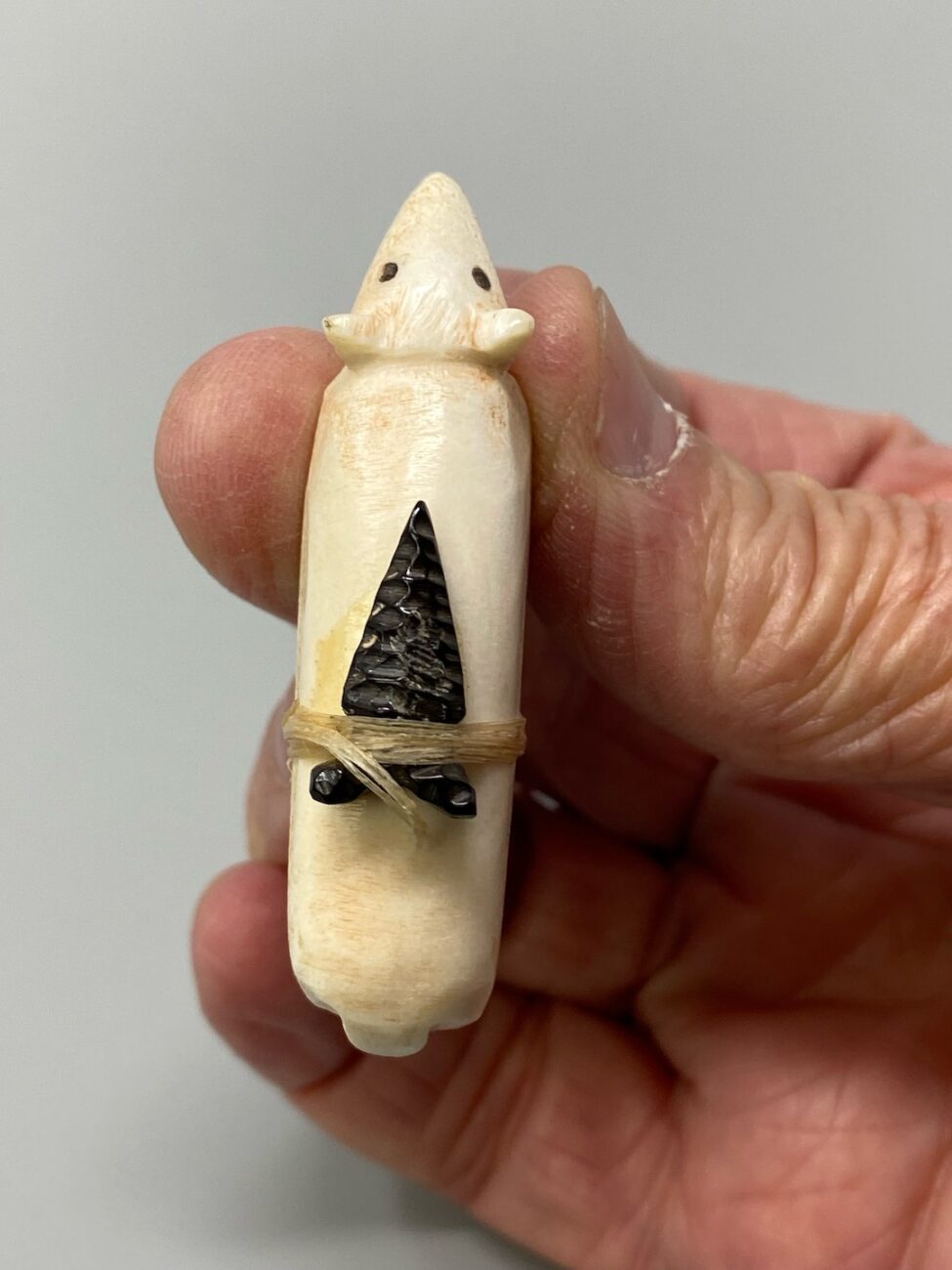 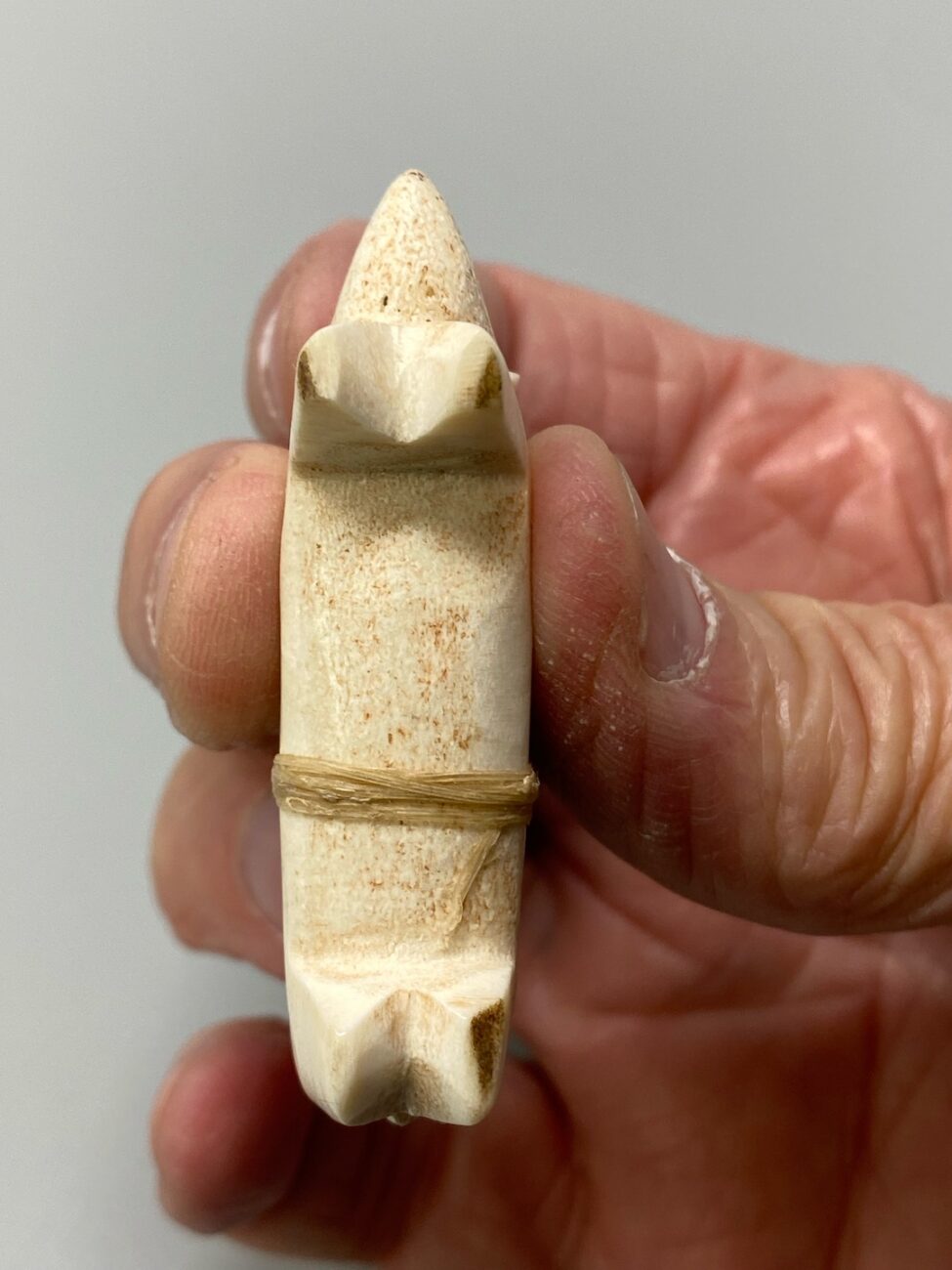