Description:  This amazing piece of American history is published in Martha Genung Stearns’ book titled Homespun And Blue A Study of American Crewel Embroidery (this book along with original photo copy for the image used in the book, is a part of this sale).  The provenance has it coming from the Sewall family, as a child’s blanket likely made around the end of the Revolutionary War.  The foundation is all handspun linen with wool embroidery around all the borders. The edges are all bound with pre-woven indigo finely spun wool in a diagonal twill pattern.

This is an excerpt taken directly from the book: “From that moment, the Rising Sun meant the young Republic, whose strength and energy were just beginning to ascend.  On the little Sewall blanket we have it, worked in saffron and indigo, with the bright half uppermost, and rays surrounding it.  This piece of much mended woollen homespun is a compendium of American design itself.  Probably done about the end of the Revolution, it carries motives that represent the whole period of American entity.  Here are the Tudor rose, the oak leaf and grapes from England; the carnation and the pomegranate, and the suggestions of the plant springing from the earth’s orb, of India; the Chinese wave-forum; the dove with a sprig in its beak, and the bleeding-heart, bunch of currants, daisy and clover from the American out-of-doors, and the significant little rising sun worked between the scalloped divisions of the whole border.  The family initial, a winged S, completes one corner.”

Restoraton: This blanket remains in the original condition since I have received it.  There has been no cleaning (doesn’t need it) and all the previous mending appears to be very old and original with the blanket’s use. 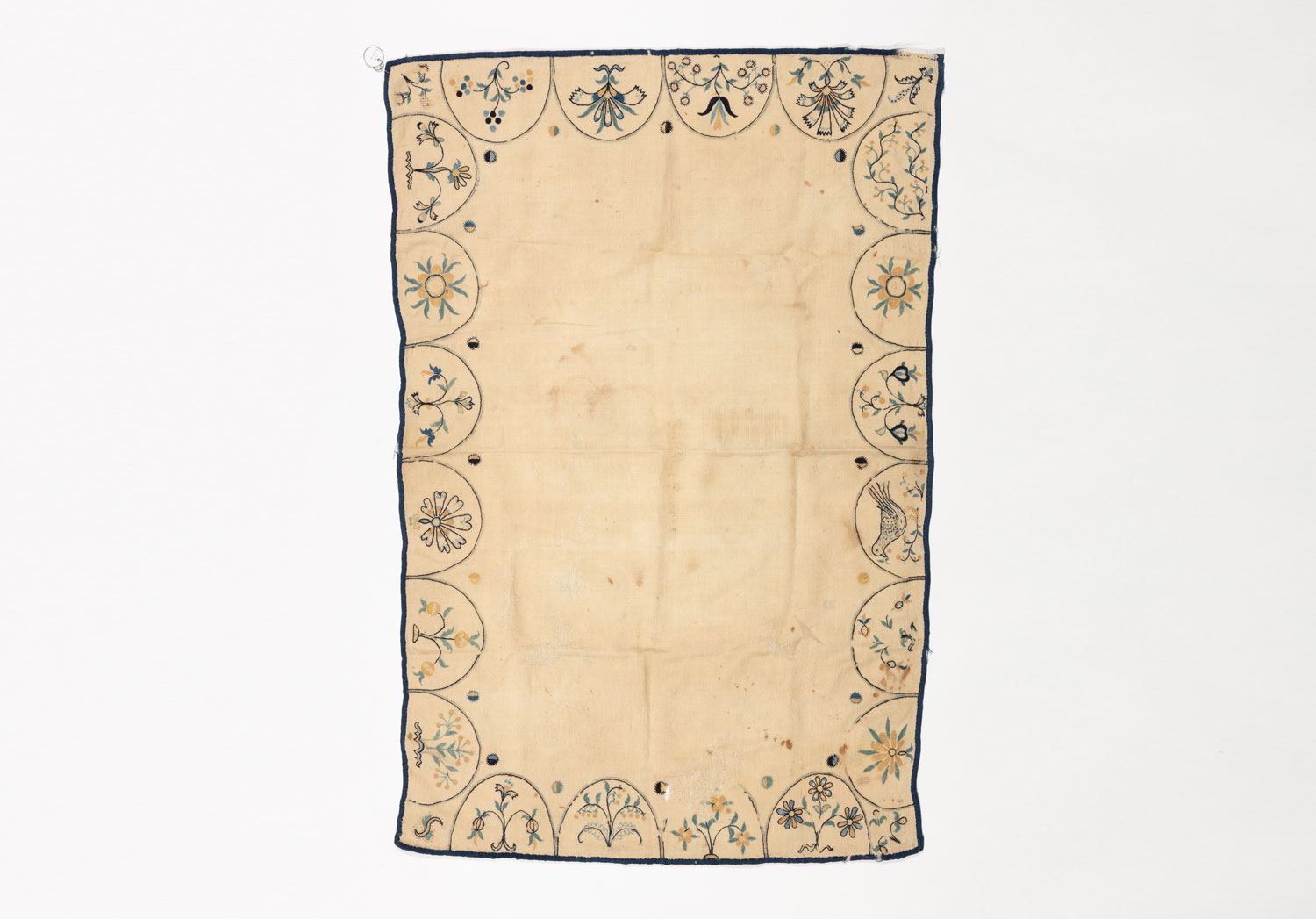 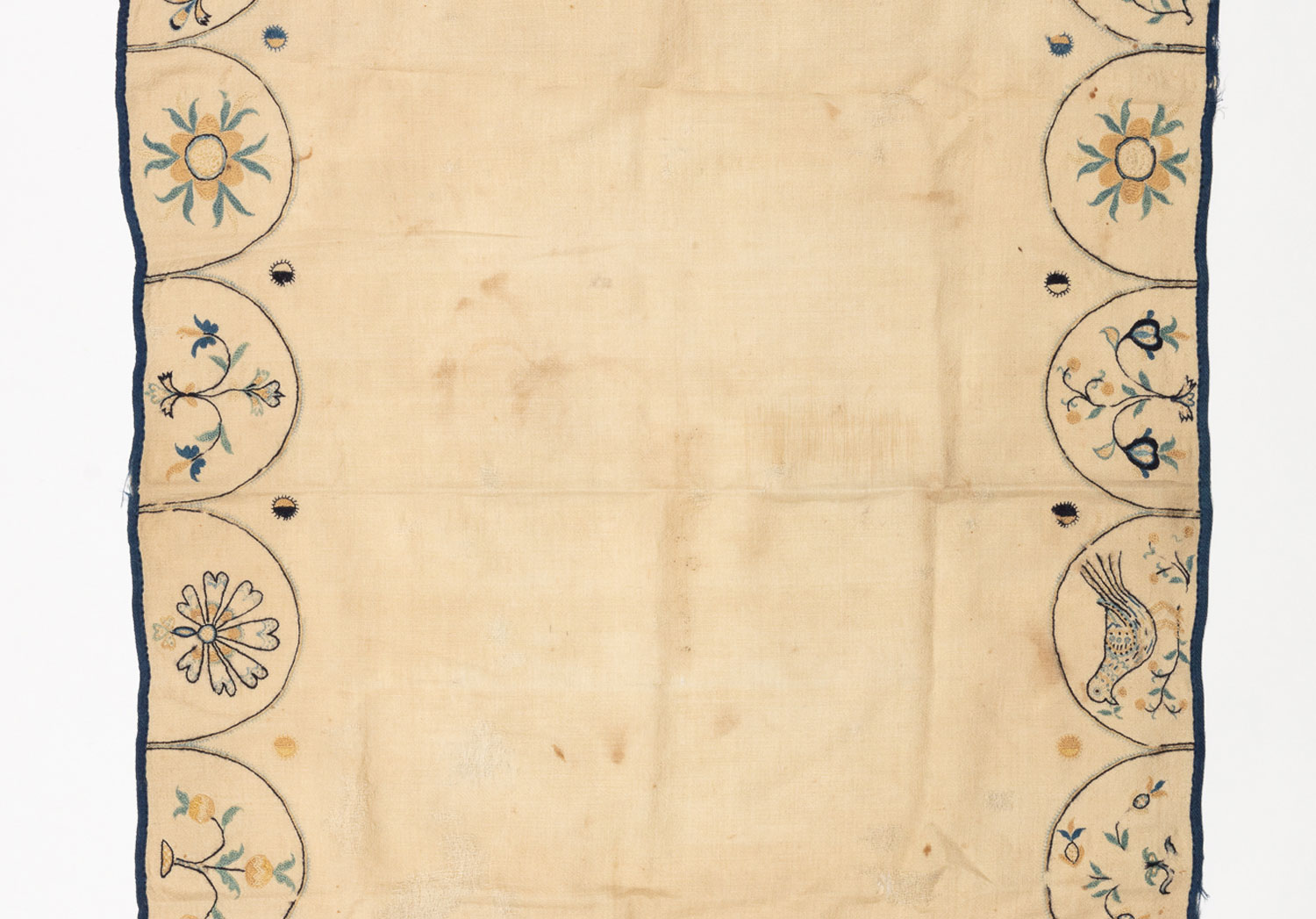 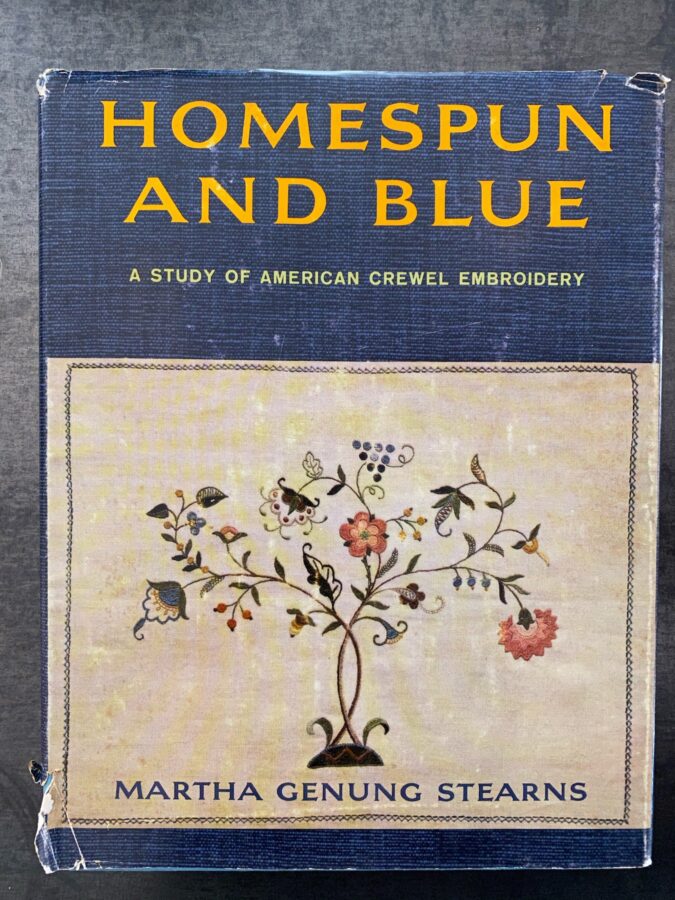 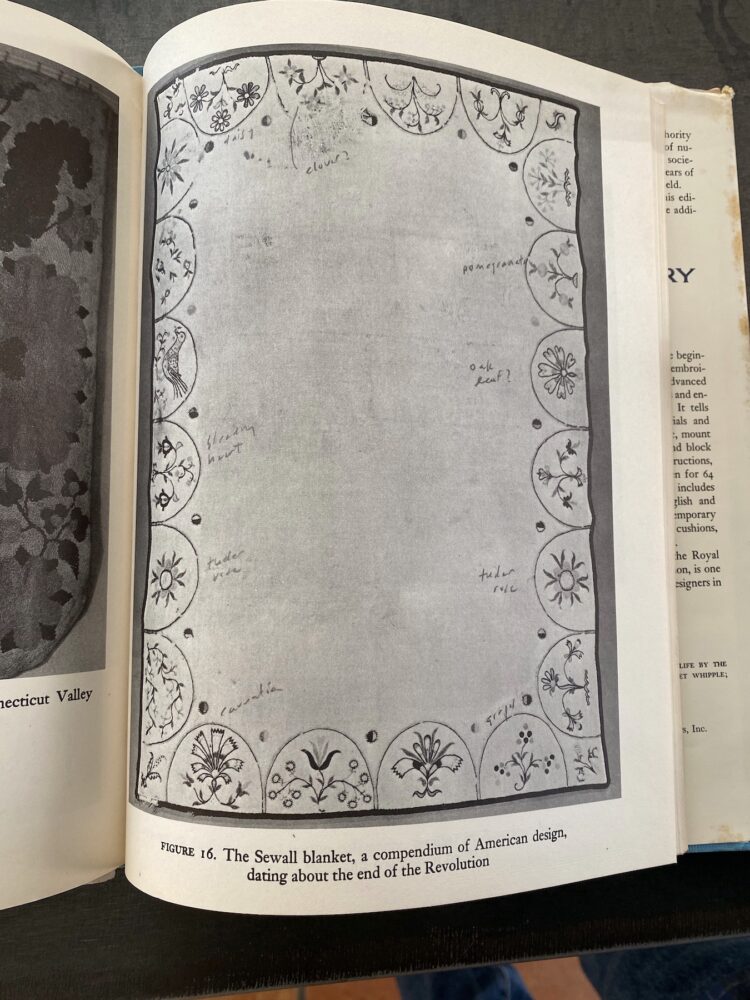 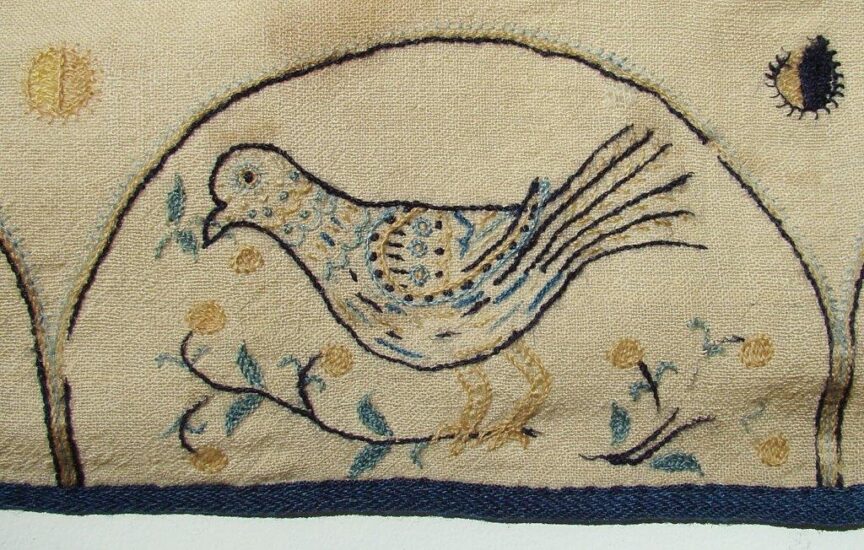 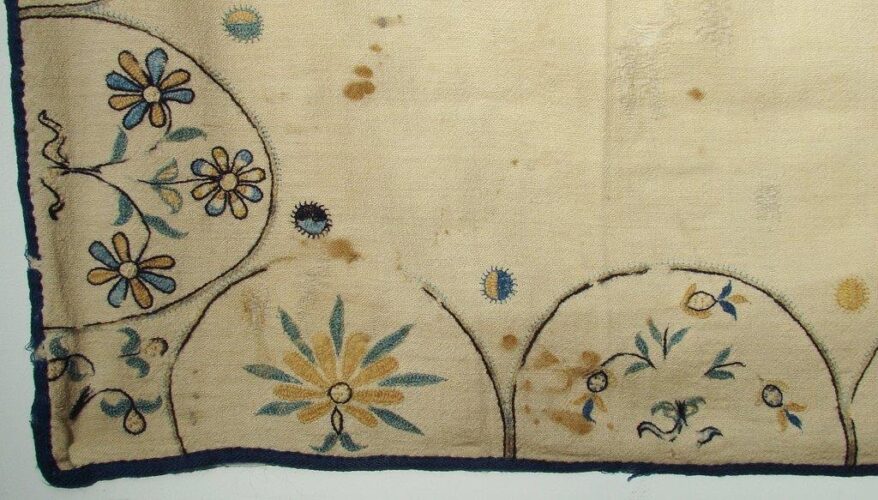 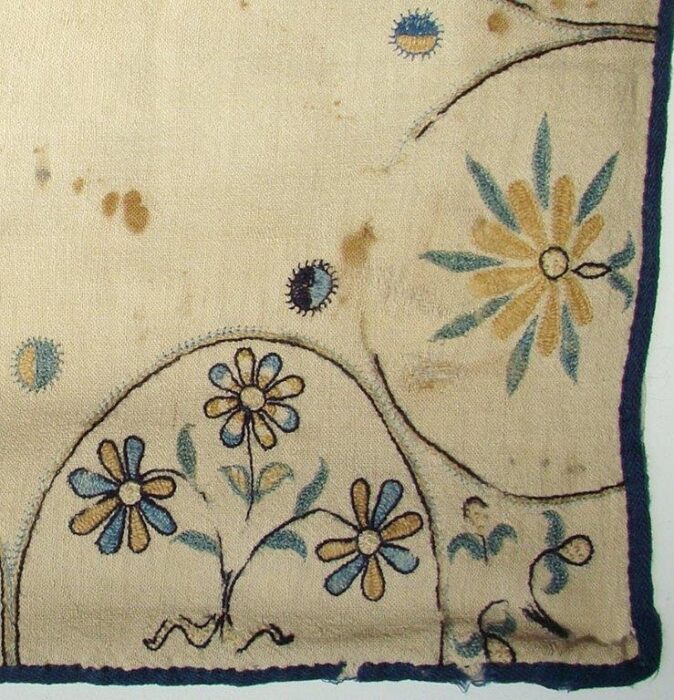 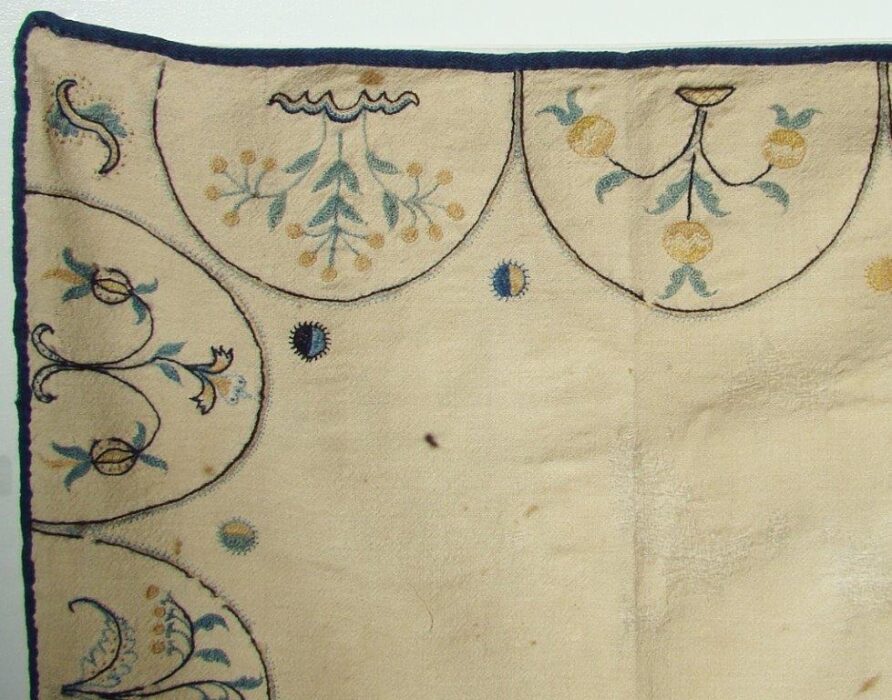